These Are the Must-Know BJJ Techniques For The Street 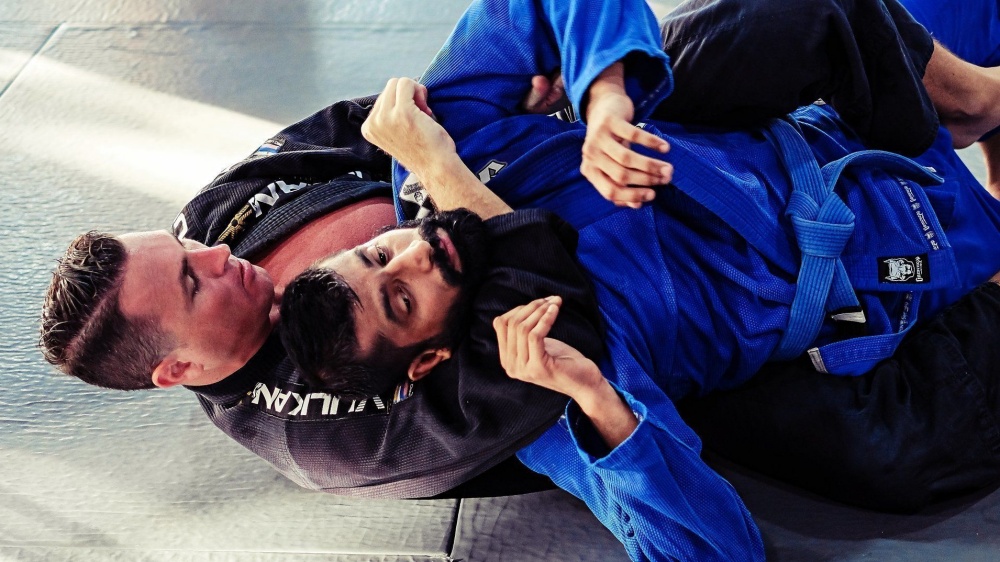 Although BJJ competitions are a lot of fun, many of the techniques that modern BJJ practitioners use in competitions aren’t useful for the street. For example, the berimbolo and other inverted techniques could get you seriously hurt in a self-defense situation. Some old-school BJJ practitioners, such as the legendary Royce Gracie, have publicly voiced their disapproval of modern BJJ’s preoccupation with sport-based techniques.

When the Gracie family originally developed BJJ, it was intended to be a self-defense system—not a way to win point-based competitions. In fact, BJJ was originally devised as a way for a small, weak person to defeat a big, strong opponent. However, this doesn’t mean that BJJ students shouldn’t compete or focus on sport-oriented BJJ techniques. Competition and sport-oriented techniques are part of what makes BJJ such a fun martial art! What it does mean, however, is that all BJJ students should dedicate at least a portion of their training to the practice of street self-defense techniques. In this article, we examine 8 must-know BJJ techniques for the street.

Although it isn’t very flashy or exciting, knowing how to efficiently get up off the ground is an important self-defense skill. This is why all BJJ students should master the technical standup. The technical standup is a technique used to move from a seated position to a standing position in a manner that protects from strikes. Often, people who are knocked to the ground in a fight have no safe way to get back up. The technical standup solves this problem, giving the person on the ground the option of either retreating or attacking. Either way, understanding how to get back up once you’ve been knocked down is key to surviving a self-defense situation.

Sitting directly down to the mat, or “pulling guard,” is allowed in BJJ competitions, so many practitioners rarely, if ever, practice takedowns. Although some takedowns are better than others for the street, we simply want to emphasize the importance of incorporating takedowns into your training to prepare you for self-defense situations. If you are ever involved in a one-on-one self-defense situation, most of your BJJ will be useless unless you can safely take your opponent to the ground. Whether you practice wrestling takedowns, such as the double-leg takedown, or judo throws, such as the hip toss, isn’t super important. What is important, however, is that you learn to put your opponent on the ground.

If you take your opponent down in a self-defense situation, you need to make sure you can maintain top position. And if your opponent takes you down and ends up sitting on your chest, you need a reliable way to get him or her off of you. Therefore, to ensure that you are prepared for the street, you need to practice maintaining and escaping the mount.

Here are a few tips for maintaining the mount in a self-defense situation:

Understanding how to escape the mount is just as important as knowing how to maintain the mount. If you end up with someone on top of you in a street fight, you must know how to escape. One of the first mount escapes BJJ students learn is the bridge and roll escape. This escape allows the bottom person to sweep his or her opponent and end up in the top position.

Back control is the strongest position in BJJ. When you secure back control, you can see your opponent, but your opponent can’t see you. This puts you in a great position to apply chokes and submissions. In addition, taking an opponent’s back allows you to stay safe until help arrives.

The rear naked choke is an excellent technique for the street. In fact, chokes are widely considered to be more effective in self-defense situations than joint locks. For example, if you successfully apply an armbar to an attacker on the street, he or she may still be able to attack you, especially if he or she is intoxicated and unable to feel pain. However, if you apply a choke to the point of completion, the attacker will lose consciousness, providing you with an opportunity to escape to safety.

Another excellent choke for the street is the guillotine choke. The great thing about this choke is that it can be performed from a standing position. Thus, if you cannot take your attacker down to the ground or don’t want to take your opponent to the ground, the guillotine is a great option to end the fight quickly.

Studies have shown that most real fights result in a clinch. The clinch is a standing position in which two people have grabbed ahold of each other. Therefore, if you study BJJ for self-defense purposes, it’s important to have a good understanding of the clinch. Not only can the clinch allow you to take down an attacker on the street, but it also protects you from punches and kicks. By tying your opponent up and controlling him or her in the clinch, it becomes much easier to launch your attacks while remaining safe.

Fortunately, most people who practice BJJ will never have to use it on the street. However, that doesn’t mean that you shouldn’t incorporate self-defense techniques into your training. By incorporating these self-defense techniques into your BJJ training, you’ll be well prepared for anything that comes your way. Remember, when it comes to self-defense, preparation is everything. So, even if you mainly focus on sport-oriented BJJ, you should never forget the reason BJJ was developed in the first place—to keep you safe on the street.

If you’re interested to learn BJJ and self-defense to protect yourself on the streets, sign up for a trial class today!