These Are The Most Exciting David And Goliath Matches In BJJ 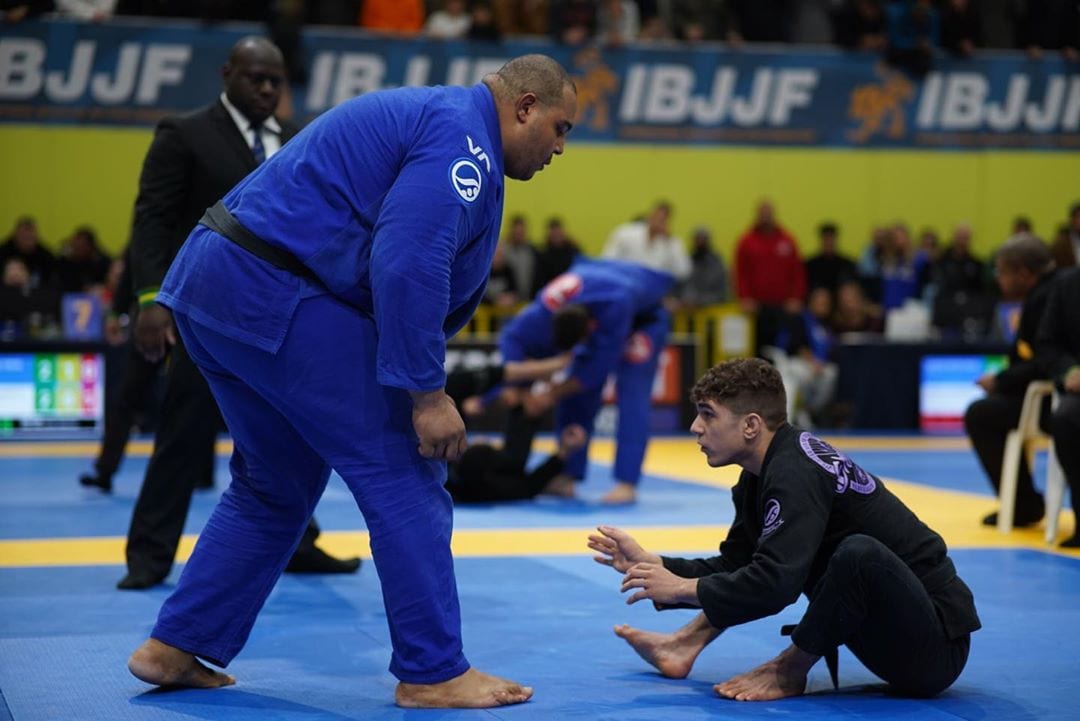 Brazilian Jiu-Jitsu is a grappling-based martial art that relies on technique, body positioning, and leverage to submit opponents. It is a fighting style that has proven its worth in both MMA and self-defense situations, so much so that it is widely regarded as the best martial art to subdue people regardless of size and strength. While technique is always king, attributes such as size and speed matter a lot as well.

In sport Jiu-Jitsu, competitors can join the open class, also known as the absolute division, to test their skills against competitors of varying weights. It is typically the highlight of many tournaments because seeing athletes with significant weight disparities often leads to exciting matches. The absolute division is where you’ll see the differences in how athletes play BJJ depending on their size.

For the smaller grappler, it is very common to rely on speed and elusiveness when competing against larger opponents. A common tactic is to play the distance game to tire out opponents and eventually advance using points.

On the other hand, bigger grapplers prefer to crush smaller opponents by using pressure passing to nullify any speed disadvantage. Of course, this can vary depending on the competitor, but this is the most common theme you’ll see in most tournaments.

That being said, let’s proceed to the most exciting David and Goliath Matches in sport BJJ.

Here is a curious case because the match was not fought in the absolute division. The most physically imposing female competitor ever, Gabi Garcia, battled the always game Maria do Carmo. They competed in the heaviest category in the women’s division. An interesting point here is that the heaviest weight classes don’t have a weight cap; hence, competitors can still have weight disparities.

In this match, it was pretty apparent that Gabi was simply too big, strong, and technical for do Carmo. Maria was able to secure the deep half guard in the first half of the match.

However, Gabi Garcia was able to pass the guard and kept her control by staying on top for the rest of the match. It ended with Gabi Garcia securing a collar choke from the back position.

This match is an excellent introduction to absolute division matches as one of the best gi competitors ever, Lucas Lepri, competed against a tough BJJ black belt in R Marcel. The match started with Marcel pulling guard to slow Lepri down. Lepri was able to posture up and eventually pass the guard by moving to the side. Marcel went to turtle and was on the defensive as Lepri controlled him for most of the duration. Lucas Lepri was able to get his hooks in and finished with a choke from the back position.

The match was a masterclass by Lepri on how to use superior positioning to overcome a considerable size disadvantage. Notice that even powerful grapplers like R Marcel had a hard time because he was forced to turtle up and was not able to use his offensive techniques.

A true David and Goliath match if there ever is one. Mikey Musumeci is widely considered one of the best American competitors of his generation. In this match, he competed against ultra-heavyweight Seif-Eddine Houmine.

The match was slow but technical as Houmine attempted to apply pressure from the kneeling position while Musumeci worked on his lasso guard to prevent the pass. Musumeci even tried to sweep the ultra-heavyweight athlete with 1 minute left on the clock. Houmine was not able to pass Musumeci’s guard, but his pressure was immense.

You can see that he was framing against Musumeci’s face in the last 40 seconds of the match. Mikey Musumeci won the match due to a penalty placed on Seif-Eddine Houmine for inactivity.

This match is a great reminder to continuously work on your guard retention. Guard retention is crucial to a grappler’s BJJ development and is the best way to prevent yourself from getting smashed.

If you were in Mikey Musumeci’s shoes, imagine someone as strong as Seif-Eddine Houmine trying to pass your guard. If you have been slacking on your guard work, it would be highly unlikely that you’d keep such a large guy from pinning you down.

Fresh from his submission over the great Kaynan Duarte, Lachlan was pitted against another giant in Patrick Gaudio. Lachlan Giles is an Australian BJJ black belt and holds a PhD in physiotherapy.

He is known for his excellent technique and turned a lot of heads with his impressive performance in the ADCC World Championships 2019. Patrick Gaudio is a Pan and European Champion and is known for his aggressive open guard. This match was fought in the absolute division.

Lachlan attempted to engage by entering into ashi garami, but Gaudio was careful and did not play the leg game, at least in the first half of the match. Lachlan again tried to enter the legs, but Gaudio dropped down to attack with his own leg lock.

Lachlan recovered and passed Gaudio’s leg to his right hip, turned over, and finished the match with a devastating heel hook. Another impressive win by Lachlan Giles, he then went on to win a bronze medal in the absolute division.

Training and competing against people of different sizes and skill is the best way to test your technique. Doing this will give you the confidence to roll against varying training partners/competitors and makes you open to exploring different strategies.

We hope that you enjoyed watching these exciting matches. Regardless of your size, there’s always a grappling style that will suit you. Don’t forget to always enjoy the journey and see you on the mats!

Learn From The Greatest American Jiu Jitsu Practitioner Of All Time. 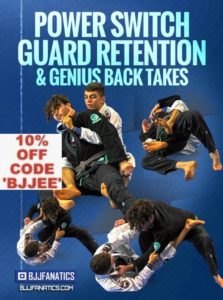