These Are The Most Dangerous IBJJF Legal Techniques 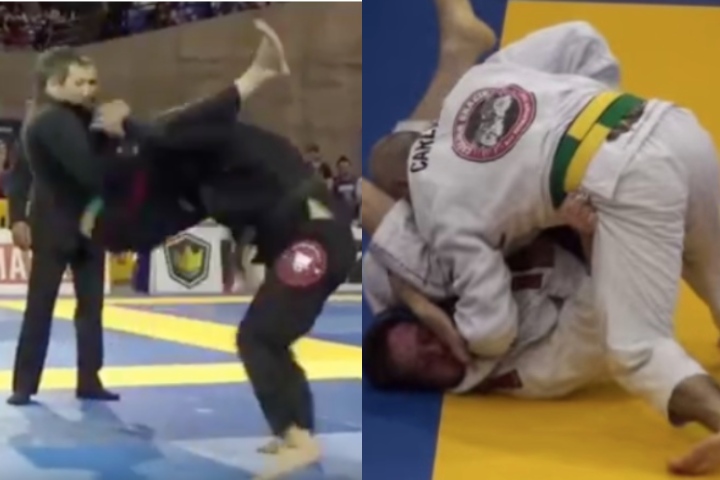 These are the most dangerous IBJJF legal techniques in Jiu-Jitsu. There are many more IBJJF illegal techniques which also are a big cause of injuries: Heel hooks, Scissor takedown, Sumi Gaeshi sacrifice throw when the opponent’s head is on the outside. 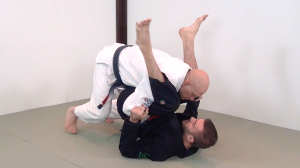 This is a very basic pass that most likely every white belt in any academy will know. It seems relatively safe but some injuries can happen depending on how this move is applied.
Gabriel Diniz was a 15 year old fighting in the adult division, and subsequently lost the use of his arms and legs. This happened at II Etapa do Campeonato Estadual de Jiu Jitsu Capixaba in Brazil on august 4, 2013.
His opponent started to apply the Double Underhook stack pass. Being also much stronger than his oponent he lifted his opponent and stacked him on his head, and in order to complete the pass he threw his whole bodyweight on him. The result is that Gabriel had a very severe neck injury which unfortunately left him paralized for the rest of his life. 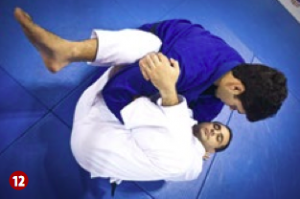 In Brazilian jiu-jitsu competitions however, the biceps slicer is an illegal technique in lower level divisions of some major tournaments. It’s considered a dangerous technique because the reaction time between the pain and the tap is very short. Once it’s locked on, many competitors who are not that experienced will try to tough it out and resist but by that time it’s too late and the bicep has already been cut in half like in this video: 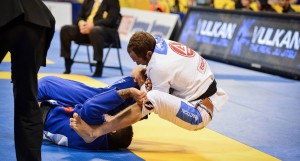 The Estima Lock is an infamous foot lock that was developed by the Estima brothers Victor and Braulio.
At the 2011 No Gi World Championship Victor Estima won all his matches by Estima lock.
The Estima lock works by putting a rear naked choke on the ankle and trapping the foot under the stomach. The torsion is similar to a toe hold but is stronger and faster than a toe hold not leaving much time for the opponent to tap. It is usual y a verbal tap/scream. The hold is only legal for brown and black belts under IBJJF rules.

Legal from blue belt and up. 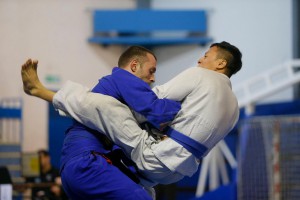 Under IBJJF rules, jumping guard is illegal for white belts. Why is jumping guard legal for the other belts? Why does the other person have to keep the jumper safe by holding their weight? There are huge risks for lower back injuries, knee injuries, and head trauma from being knocked unconscious from intentional and unintentional slams. 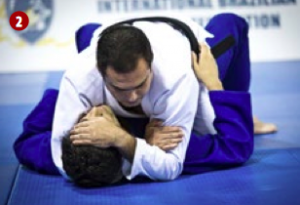 This technique consists of putting a tremendous amount of pressure on the opponent’s cervical spine while putting your hand on their forehead. Surprisingly, it is legal at all belts even though it is technically a neck crank. There is no choke here but the term IBJJF uses is choke with spinal lock. 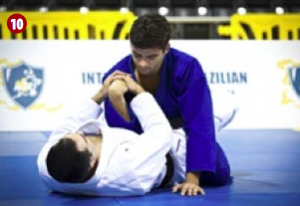 Even though these are only legal in competition from Blue belt onwards, I am sure most of us have already come across some sort of wrist locks. These are attacks that are very effective but at the same time very dangerous to your oponent since for them to be effective they must be applied in a fast and explosive manner. Basically this means it works better as a surprise attack and when attacked by surprise your joint will most likely be relaxed, what will make the damage on it even bigger. Another point to consider is that the range of motion at the wrists isn’t so big, making it harder many times to tap on time. 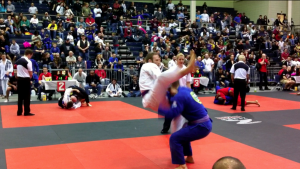 Just by having the word “flying” on its description it already shows it isn’t a great option when it comes to safety versus efficiency. It can be done when both fighters are standing or when one of them is seating. In both ways the dangers of the guy attacking falling on his back or head and hurting his spine are great. If aimed in a really bad way, the fighter who is attacking might end up kicking his oponent on the face or laying on his head. 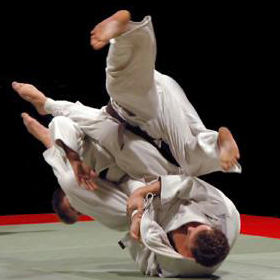 And the word “flying” comes up again. This time in an even more dangerous version of a flying attack, the Flying Armbar. The problem here for the guy attacking in comparisson to the Flying triangle is that his body is in a complete different angle, what can make it easier for him to hurt his spine when falling. For the guy being attacked the same applies, he might get kicked on his face very badly.