These Are the Highest Percentage Takedowns For BJJ 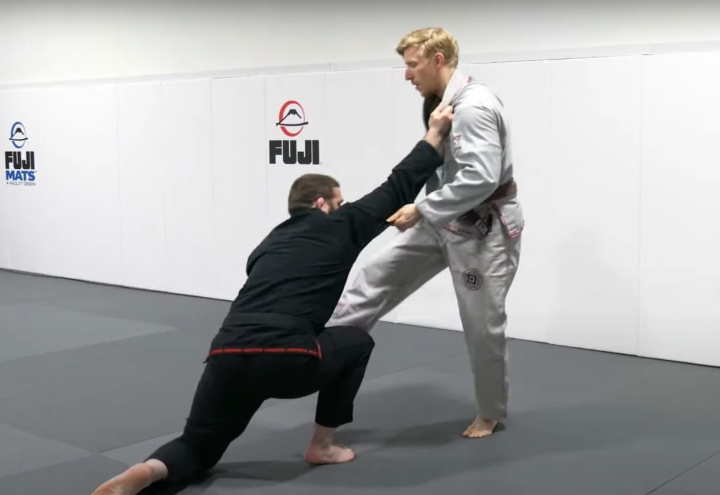 Takedowns are the mark of all grappling sports (Judo, Jiu Jitsu, Wrestling, Sambo etc). They all rely on taking the fight to the ground, regardless of what you do afterwards. Let us have a look at the top takedowns (gi and no gi included):

–Doube leg takedown. Probably the first takedown most of us learn. Any grappler should learn to perform a double leg takedown. It is one of the most used takedowns, it’s very useful in MMA and widely used in grappling as well. The double leg is a takedown that usually requires good physical attributes (or a really good setup) in order to shoot as fast as possible under the opponent and take him down with whatever variation of the double leg he chooses to. It’s usually heavily favored by wrestlers.

-Single leg takedown. It’s very common as well. Taught in wrestling, jiu jitsu and sambo usually, it involves only wrapping one of the opponent’s leg and then proceeding with the chosen variation depending on your opponent’s reaction. It’s also a very useful takedown for self-defense situations. A very important thing to note is that double legs can become single legs and the other way around, depending on the situation. Another key difference between the single and the double leg is that your head stays on the inside when going for the takedown, not exposing yourself to the infamous guillotine.

-The arm drag. The arm drag in itself is merely a tool to take the back and a tool which can be anticipated and defended easier than other techniques. However, when the armdrag is chained with another technique (inside trip, single legs, etc) it becomes a truly powerful tool to take opponents down. One of the most recognized user of the arm drag is Marcelo Garcia, perhaps the best pound for pound Jiu Jitsu practitioner of all times.

-Uchi mata. A trademark move of Judo. You make the opponent lose his balance and use your leg to lift his base and pull him down with your arm as well. It’s used predominantly in gi competitions. Although no gi adaptations exist, they are harder to pull off. Can be used very well to defend single leg attacks.

–Hip throws. Hip throws with all the variations included (harai goshi, tai otoshi , etc) are all very powerful takedowns and they can be set from the overhook – underhook clinch, are very devastating for self-defense and can be pretty much used regardless of gi or no gi. Ronda Rousey is a big user of these throws in UFC, using them with devastating success, even though she does not have the gi to grab.

–Trips. This includes a big amount of techniques (Kosoto Gari, deashibarai, etc) are all techniques that rely on catching the opponent unbalanced and sweeping his foot and taking him down to the mat. As these takedowns require unbalancing, they require grips. So they are more often seen in Gi matches than in no gi, but they can be adapted and used to no gi as well without any issues.

-Ippon Seoi Nage. Along with its drop Seoi Nage variation these are one of the most spectacular takedowns you could pull in matches. Can be used gi, no gi but gi is preferred. The grips on the arm will help a lot. One of the risks of using it in BJJ is giving up the back, however there are adjustments that can be made to avoid that.

-Ankle Picks. Can be used with a lapel grip or head grip. It’s a technique that doesn’t require the commitment (and doesn’t make you vulnerable) as would other take downs do, making it very low risk. As the title says, you off balance the opponent and just pick up the ankle and proceed to taking him down or chaining it with other takedowns.

Takedowns are a very important part of grappling (sports and self-defense). Make sure you dedicate enough time to them in order to become proficient. Have at least 2 go to takedowns with setups that you can rely on anytime.