These Are the Greatest Japanese BJJ Fighters In History 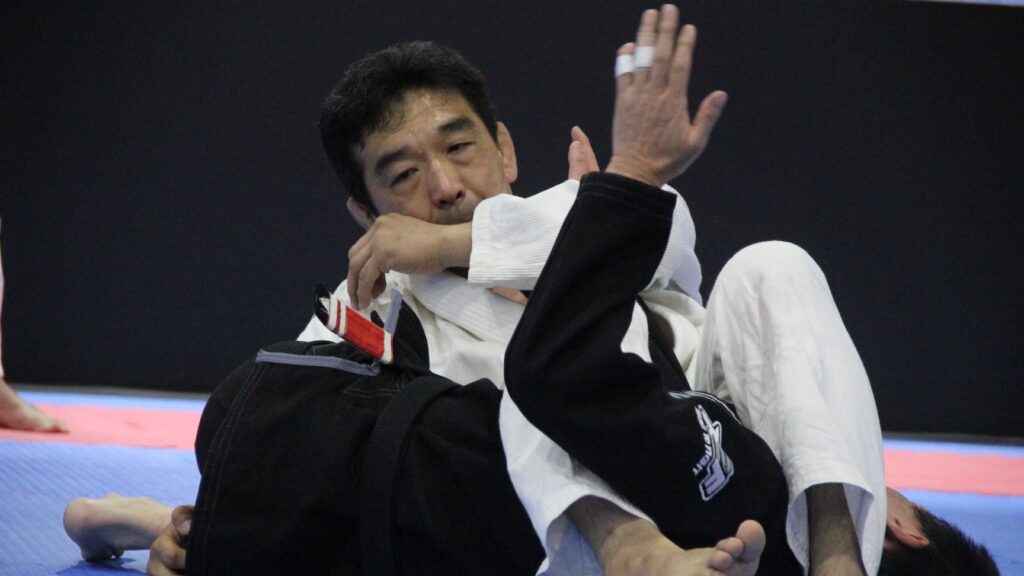 Classic Jiu-Jitsu has its roots in Japan, like many other martial arts. The same goes for its derivative, Judo. Midway through the last century, Judo made its way to Brazil, where it underwent some transformation.

It would be interesting to check out the BJJ scene in Japan. What better way to see the effects of BJJ on Japanese martial arts than to look at Japanese BJJ fighters?

Jiu-Jitsu and Judo: From Japan to Brazil and the world

Jiu-Jitsu was a martial art born of necessity. Japanese cavalry would sometimes find themselves horseless because such is the nature of the battlefield. Their armor would become a liability on foot. So Jiu-Jitsu was developed as a way to mount a defense in a challenging situation.

Fast forward many years and a Jiu-Jitsu student decides to refine this battlefield art. He identifies techniques that are practical and useful in sparring and self-defense. This student turned master is Kanō Jigorō. He develops a derivative martial art that he calls Judo.

Jigorō had a student by the name of Mitsuyo Maeda, who he sends to the west to promote Judo. Maeda comes across different martial arts along the way and he modifies his judo technique based on his experiences. He winds up in Brazil, where he teaches Judo to the (not yet) world-famous Gracie brothers. Some of the brothers go on to add their touches to Maeda’s Judo style. The result is what we know today as Brazilian Jiu-Jitsu.

A look at Japan’s best BJJ fighters may explain how this martial art made its way back home.

Rikako Yuasa is a BJJ black belt with an enviable record. Her grappling style is similar to that of Yukinori Sasa, her coach and instructor. She has a peerless record of wins and these are the highlights:

Rikako has a growing number of silver and bronze medals in her collection. Her career is still growing, so we expect to see more of this elite fighter.

Yuasa’s introduction to BJJ starts when she decides to shed a few pounds at age 17. She notices that women in the BJJ section of the gym are in excellent shape, so she takes an interest in the sport.

It turns out that she is a natural talent, and she impresses her trainer at the Pogona Club Gym. Yuasa starts to compete in the Japanese and international Jiu-Jitsu circuit, joining the Paraestra team as a student of Yukinori Sasa.

2020 goes down in history as an awful year, for many reasons. Not least of which is the death of our next contender: Yukinori Sasa.

Sasa is one of the most talented gi fighters that Japan has ever fielded in the world BJJ circuits. He is the 2005 IBJJF world champion; a feat he managed as a brown belt. Yukinori Sasa is another of Yuki Nakai’s students. In fact, Nakai is Yukinori’s first and only instructor.

Yukinori took up Karate at age 15, but a Gracie family exhibition fight put him onto BJJ. At 17, he joined Yuki Nakai’s Paraestra gym. His talent quickly elevated him to a coaching position in the Paraestra team. As a coach, Yukinori was an instructor to another world-class Japanese fighter: Rikako Yuasa.

Yuki Nakai has a brilliant coaching legacy and Tomoyuki Hashimoto is one highlight of this legacy. Hashimoto is a BJJ black belt who competes in the rooster weight division. This elite fighter represented his school, winning the world Jiu-Jitsu championship and the Dumau challenge. He has an impressive collection of titles to his name:

Tomoyuki is a big MMA fan and his interest led him to take up Jiu-Jitsu at 16. Thanks to innate talent and hard work, Hashimoto quickly earned his purple and brown belts.

In 2015, the 22-year-old won a gold medal at the World Jiu-Jitsu Championship. This achievement would earn him a black belt from Yuki Nakai. So far, this elite grappler boasts 12 submission wins against four submission losses.

Yuta Shimada is a master grappler with wins from the ADCC Asia trials and IBJJF Asia open. He is a BJJ and Jiu-Jitsu black belt; accomplishments he achieved while training at the NEXUSENSE academy. Here is a list of his wins:

Shimada is also the 2013 CBJJ Brasileiro Champion, a title he won as a purple belt. Subsequently, Shimada won a series of silver and bronze medals in IBJJF competitions.

In 1997, a five-year-old Yuta Shimada takes up Judo. By his teens, he progresses to become a Judo black belt with an interest in MMA. Shimada switches to Jiu-Jitsu and earns his blue and purple belts. He becomes a member of the NEXUSENSE academy, where he advances to become one of Japan’s top contenders in the grappling scene.

Yuki Nakai is a mixed martial artist, coach, and president of the Japanese Confederation of Jiu-Jitsu. In the true spirit of BJJ, Nakai beat long odds to reach the finals of the 1995 Shooto World Welterweight Championship. Nakai also took part in the 1995 Vale-Tudo competition, which was life-changing for him. This is a brief of his career.

Nakai starts his martial arts career in high school, where he takes up Judo and amateur wrestling. He trains all through his university years, leading his team to victory in the 1992 Nanatei Kosen Judo championship. After graduating college, he takes up Shooto wrestling at a professional level.

The 1995 Vale Tudo competition changes Nakai’s life in a big way. He goes up against opponents that have up to 50 kg weight advantage over him. Nakai also has to power through the competition with a severe eye injury that will ultimately leave him blind in one eye. Still, he manages to make it to the final, where he loses to the legendary Rickson Gracie.

Nakai retired from MMA after his bruising experience at the 1995 Vale-Tudo competition. His professional MMA record consists of nine wins, seven of which were by submission. The two losses in his record were at the beginning and end of his MMA career. Yuki goes on to start a BJJ career and wins the following titles:

His interest in BJJ is the seed that birthed a brilliant coaching career.

The first impactful experience Yuki Nakai has with BJJ was his loss to Rickson Gracie. Later on, he takes an interest in the martial art as he watches a different Gracie dominate his opponent. Nakai proceeds to train and compete his way to a BJJ black belt.

Next, Nakai starts his BJJ gym, where he trains many of Japan’s best MMA fighters, including Evolve’s own Shinya Aoki. Nakai also develops new BJJ techniques that give Japanese fighters a competitive edge and puts them on the world map. Nakai’s school trained other Japanese MMA greats like Tomoyuki Hashimoto, Yukinori Sasa, and Rikako Yuasa.

Continuity is a beautiful aspect of BJJ and other martial arts. Young students take up martial art under the tutelage of a reigning or former champion. The student comes into their own to become a champion in their own right. In time, the student becomes a master and helps to train the next generation of BJJ fighters.