These 5 Types Of People Annoy Everyone At a BJJ Academy 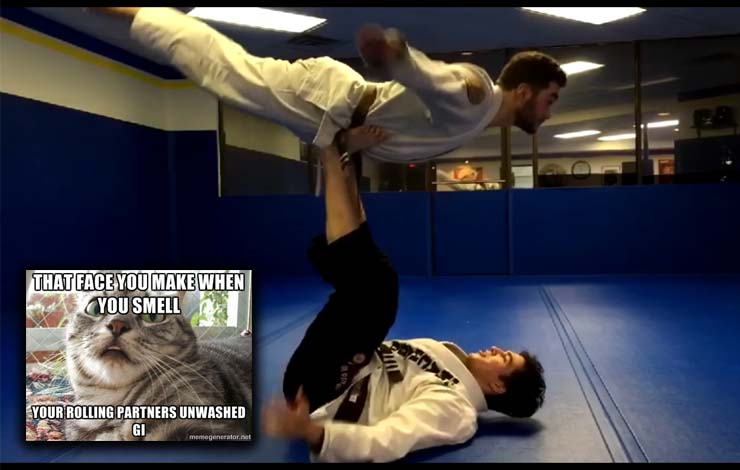 BJJ is a unique sport in many regards. One particularly interesting aspect is that it’s mostly practised by adults who have settled into their lives opting into a certain lifestyle willingly. The relative freshness of the sport presents a slightly different narrative than those seen in wrestling or judo, where the practitioner enters at a very young age and practically develops the personality along with the sport.

That being said any given time you enter a large enough room you won’t like everybody equally – and that’s perfectly natural. The happy go lucky spirit of bjj doesn’t lend itself to being annoyed but every now and then you have to work with someone you dislike for one reason or another.

So, what are some proven ways to annoy everyone at your gym?

One time tested way is talking. Talking over your instructor, your teammates, drilling and rolling will make most eyebrows raised. Your instructor will feel disrespected if you talk over him/her, your teammates will have trouble concentrating or at the very least they’ll feel like you’re not giving it your all.

Now whether you’re talking because you feel nervous, anxious or just prefer to undermine people verbally is all on you. Gabbing away at a time designated for other activities will almost certainly get the job done and alienate most people.

Then again there’s the type that won’t let you drill. This is by far one of the most annoying people. A drill will often demand a certain reaction or complacency by the other party. If the partner is bad at partnering the drilling will be seriously compromised. Not the mention the sort that chooses your drilling time to go a 100% and give it their all to counter. Don’t get us wrong, some resistance can be helpful but just as long as it’s actually following the instructions given by the coach!

Good drilling is there to make everyone happy!

The IT’S NOT Working Jiu Jiteiro

Then of course there’s the specific sort that insists that “this” whatever it is isn’t working for them. This type of people is mostly there to annoy the instructor but given enough frequency they can do it for the entire room. Some moves are better suited to some people while others are not. Deal with it and make the most of your own game plan.

This one comes with a specific subset – called “oh but person X does it this way”. If you’ve seen it on youtube, instagram, facebook, live stream or an instructional dvd it’s ok to do it that way to just not when the instructor is asking you to do it differently. Give him/her the benefit of the doubt and do what’s asked of you – someone with more experience believes you should!

The Hairy Stinky Gi Guy is a subset on his own. However it doesn’t mean that this is an annoyance that should just be accepted. At best, your training partners will be grossed out as odds are they’ll be forced to rip out a cm or two as they try to roll. At worst you’ll be endangering their health. While there are definitive similarities to the surfer lifestyle try to not push them to the maxim. Clip your nails, tame your hair, wear a rashguard and hey – if you can’t afford extra gear try a vineger soak once you suspect that it has a stench.

How & How Often To Wash your BJJ Gi 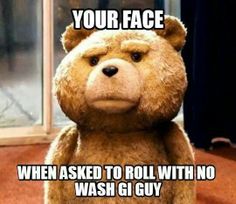 The final way to annoy everyone seems like the biggest no brainier – brag incessantly. Keeping score is one thing but bragging about it incessantly and telling it anyone who’d listen is a whole another beast. This type of ego stroking is sure to get you on the radar of every heavy hitter at the academy and at the s*itlist of almost everyone else. Keep it playful, friendly but also try to push your bjj forward. There’s no use in bragging. Be humble and keep on pushing!