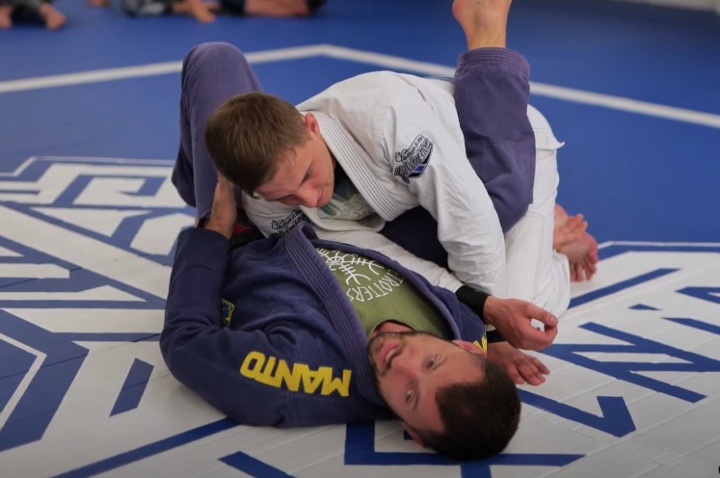 Ever went through a number of sweeping techniques and thought to yourself: „Jeez, how am I supposed to remember all of this when I roll?“ Well, you don’t have to learn all of them, nor is it possible to do so. A big part of the catch is, actually, to understand what all sweeps have in common; and then use that knowledge for sweeping your opponents left and right.
Chris Paines explains the 4 tenants that you need to get down for every sweep.

Yes, you’ve read that right; for the sweep to work, perhaps the most important thing that you need to do is remove one of the table legs! In other words, you can visualize your opponent like a table, as he basically is; he has 4 limbs, in the same way that the table has 4 legs.

Now, why is this important? Because when you remove one of the table’s legs, you can make it fall. And in which direction do you make it fall? That’s right – diagonally, to the side where its leg was removed.
This is important to remember when you’re going for that sweep. By grabbing the opponent’s arm or leg, you need to sweep them into that exact direction; not to the side, but diagonally. Otherwise, it won’t work.

The next point that Chris explains and that you need to heavily consider, as well as experiment with, is that your, as well as the opponent’s rotation, will make or break the sweep.

In so far as your rotation is considered, it’s fairly easy to „see“ that if you don’t establish the required angle, in relation to a specific sweep, you won’t make the technique work. Therefore, you should get into the habit of making sure that you’ve rotated in the correct manner prior to attempting the technique. But in regards to your opponent’s rotation, that’s where you’ll probably need to put more thought and practice into.
Chris explains that even a small shift of opponent’s bodyweight into the direction opposite to where you want your sweep to end up in can ruin your plans. Similarly, even your slightest adjustment of where the opponent’s bodyweight is pointing towards – perhaps, by pulling or pushing them with your collar grip – can make the sweep work wonderfully.

For that reason, spend some time playing with the concept of both your and your opponent’s rotation; what happens if your body is here and theirs is there? What happens if you make this or that adjustment? Play with it and you’ll understand why your sweeps are failing much better.

THE CENTER OF MASS

This one is quite easy; if you can’t find the opponent’s center of mass and then use it to your advantage (for example, by elevating your opponent), then you won’t get the sweep. So, perhaps the best possible way to figure this one out is to pay extra attention to where both your and your opponent’s hips are.
Closer means that you’re probably closer to their center of mass and that you can utilize it. Simple enough, right?

GET YOUR BOTTOM LEG OUT FOR A FULL SWEEP

Finally, understand that in order to end up on top of your opponent, you need to take your bottom leg out from underneath them.
Otherwise, if their leg stays the top one, you don’t have the sweep! At best, you’ll be in a neutral position, which you’ll need to fight from. At worst, the opponent will get you into a disadvantageous position yet again.

Watch the video below for much more details from Chris Paines:

The beauty of Cascao’s game plan is that if you’re a smaller competitor who’s tired of being smashed and looking for ways to sweep those heavier training partners, or even if you’re a bigger practitioner, you can apply these same tools and get the sweeps.  Because as Helio Gracie famously said, you’ve got to assume there’s always gonna be someone bigger and stronger than you.

Being a smaller jiu jitsu player should not be seen as a disadvantage.  If you want to learn the secrets of how this featherweight who trained for years with 5 time World Champion Bernardo Faria adapted his half guard and pressure passing game to match his good friend, check out Leonardo “Cascao” Saggioro “Sweep the World” instructional on sale at BJJ Fanatics here! 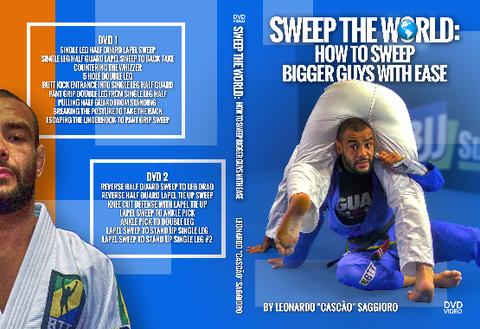