The Tragic Story Of Marcelo Behring, Rickson Gracie’s Greatest Student & His Descent To The Dark Side 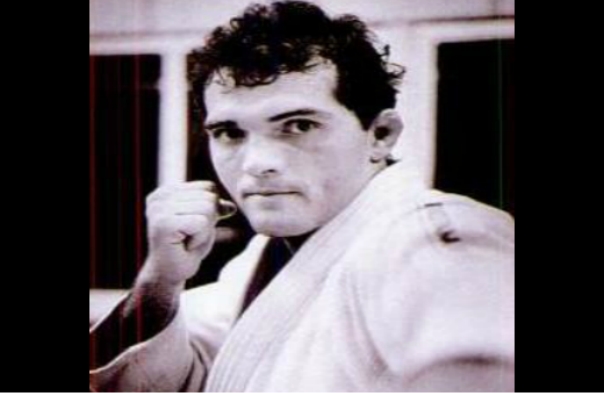 Marcelo Behring is one of the most important Brazilian jiu jitsu figures in the 1980’s. He was a black belt under Rickson Gracie, and was widely regarded as Rickson’s greatest student. 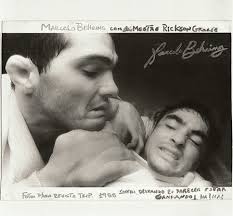 The Brazilian media often described him as being the number 2 BJJ fighter in the world at the time. Number 1 spot being Rickson of course. As good as he was in Jiu-Jitsu, he also had a dark side: his drug addiction. This ultimately led to his tragic death in 1995.

His brother red and black belt Sylvio Behring talked to Brazilian Magazine Nocaute about his brother (translated from Portuguese):

Over ten years after the death of his brother, Sylvio Behring reopens the first Jiu-Jitsu academy in Barra da Tijuca, Rio, where he began with Marcelo and reveals preoccupation about Werdum’s training with Cro Cop

To black-belt Sylvio Behring, aged 42, there’s no opponent tougher than missing his brother. After the Jiu-Jitsu World Cup, in July 2004, Marcelo Behring’s elder brother left Salvador to celebrate the nine medals conquered by his pupils from Winner-Behring gym in Bahia. Driving alone, he felt a deep anguish. “I missed Marcelo so bad I felt like crying. I wanted to share all that with him”, he remembers. He is one among many who still miss the fighter who was shot to death while going up Tabajaras hill on January 12, 1995, at age 30.

Notorious as Rickson Gracie’s eternal best pupil, the most intense of master Flavio Behring’s sons is subject to admiration even by the new generations that know him for legendary (and bloody) like in the Jiu-Jitsu vs. Martial Arts, in Maracanazinho, against also deceased Flavio Molina. In spite of missing his brother very much and having myriad stories, master Sylvio avoid using Marcelo’s image altogether: “He needs peace, I’ve got my own way.” Besides meeting the past again in his first academy, Sylvio has been living a period of disagreements with the former students: “Werdum turned his back on me. The team is drifting.”

How did you feel about this mythical aura being built around fighter Marcelo Behring?

My brother was my reason to train, a brother that was intense in many aspects. If it wasn’t for Marcelo I wouldn’t be a fighter. I’d be a doctor, a musician. I became a fighter becausei had to fight him every day my entire life. I had no choice, thank God, and Jiu-Jitsuwas my survival since I was very young: I saved me from Marcelo for years until we stopped fighting with one another… He was part warrior, part madman, part generous and part tender. When we began respecting each other as we got older, being around him would lift my spirits up. He had a unique character, a smile and sincerity that were marvelous, a big heart. He was capable of reading people’s souls’ like few, a poet able to express on paper what he felt in a cleat, honest way. And he had tremendous power over women, he loved truly and understood people: he could be either your friend or your greatest nightmare. Indeed he was, along with Caíque, one of Rickson Gracie’s toughest training partners at a certain time, and thanks to his competitive ideal he and Gracie identified very well. In his way of life, he seemed more like Rickson’s brother than mine. As to the myth, I think many people took advantage from Marcelo’s image of excellence as an athlete. Many of those who say they were brought up by Marcelo Behring I have never seen with him at all. And among those are people who turned their back on him precisely when he needed support and affection…

Your father, Flavio Behring, describes Marcelo’s involvement with drugs as an “orbit of horror.” In these ten years of missing him, has there been any recent conclusion about his death?

I like to remember the good things Marcelo left us, not the negative moments that led him to his fate. That is a sad, very small part compared to all the people he helped. How many people did Marcelo take out from that very path he wound up falling prey to? The fatality itself made many people learn a lesson; sometimes becoming a martyr gives other people a greater understanding about life – or even death. That’s why many idolize Marcelo without having ever known him. But at the time it was hard enough for us, and we’re not running after anything else. Where could we possibly get? We found his body after three months, it was awful. How many times did I dream he came back from Australia and knocked on my door? We have already buried Marcelo; we don’t want to bury anyone else.

Marcelo fought his greatest fight with the brown belt, in 1984 in Maracanazinho stadium. What do you remember about it?

With the recode Flavio Molina had, as the introducer of muay thai in Rio de Janeiro, he was a guy Rickson could take on. Except everyone knew Molina had no ground skills. Marcelo was very competent standing, he’d kick, and he punched with amazing strength. At the time of the challenge he went there and said: “Let me go.” There was, on the other hand, a self-confidence that got to my nerves at times. For instance, choosing Renan Pitanguy for the first fight that night [February 30, 1984] was excessive. He was a tough surfer with great potential, but no one had studied his opponent, Eugenio Tadeu. In the decisive match, Marcelo could have submitted, showing Jiu-Jitsu’s efficiency, but he was angry. Molida had said he would kick Marcelo’s ass, and after Renan’s loss my brother was even readier to fight for Jiu-Jitsu’s honor. After all, as many heat and few know whether it’s true, getting involved with the Gracies changes one’s life; it happened with the Barretos, the Behrings, the Machados…

Flavio Molina began with two shy kicks, but he was so strong he hurt Marcelo’s leg, and he got nervous. He would surround in perfect fashion, and when Molina hesitated on the corner he thrust in grabbed his waist, took two seconds to take down, stayed on the back a while, rushed to the side and mounted. Then he looked like a pile driver, I remember referee Helio Vigio grabbed the towel they had thrown in the ring, wiped his own sweat off and let the bout go on a bit. Well, what I know is I never liked that m.m.a. thing; when the fight ended I had a lot of Molina’s blood on my shirt, as I was carrying my brother out.

You and Marcelo were a great influence in the judo training performed by Jiu-Jitsu practitioners, right?

Right. Once my brother gave Cássio Cardoso a trip-up that was just anthological, and won by 2-nil. We started off in judo when I was 17, at Hélcio Gama and then with master Mehdi, when we were brown-belts. Standing Marcelo was too tough, he would take Rickson down and just about everyone. Once, in 1983, he was pissed off at me, he wanted me took sign him up for a tournament in Madureira and I told him, “You go!” Then he called me up for a standup session. The academy in the Nova Ipanema condo was in a conference room with a curtain separating judo from the condo’s movie theatre. He grabbed me, took two steps with me and threw me, with a seoi-otoshi, over the curtain. I knocked down about 30 chairs, something a stunt would do. I went back and we started fighting. It was around then that we quit fighting each other, for I saw it was no longer worth it [laughs]. Now, the guy who definitely brought judo into Jiu-Jitsu was Edgar Freitas, hired by the guys from Gracie academy to give lessons to Carlos Jr., Renzo, Ralph, Rilion, Crolin, the Machados…

And what about the old academy’s stories? Who has gone through it?

My father assembled the academy in 1981 and we went on till ’85. I remember we did a demonstration in the condo and opened the dojo with 100 kids. Nino ‘Elvis’ Schembri started very young there, Jorge Pereira, Guigo, Leo Dalla… I was master Alvaro Barreto’s purple belt, at 17, and Marcelo was a 15-year-old blue-belt taught by Rickson. We began running around the condo, working out, training two-on-one… From that group grew the academy, which was outdoor, my father running the trainings and Julio Gama as a professor. Marcelo and I were instructors.

Check out this rare video of Marcelo Behring training with Rickson Gracie and Alvaro Romano: