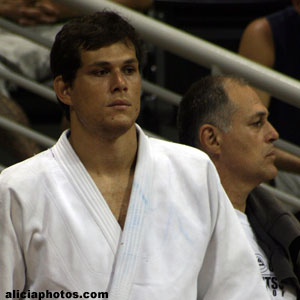 The following is a list of the top Gracies that have competed in history and is based on a mixture of results and impact on the BJJ scene.

Another Gracie legend from the golden days of jiu-jitsu – Rolls was known as one of the best Gracie competitors and he was responsible for influencing many other important figures such as Carlos Gracie Jr., Royce Gracie, Romero Cavalcante and Rickson Gracie. Rolls had a monstrous and dangerous open guard and had contributed to its development. Rolls was also one of the first Gracies to really put effort into training other combat sports and diversifying his game. Rolls competed in sambo, judo and wrestling tournaments successfully and this only added to his ability as a competitor.

Although most of Rickson’s better-known accomplishments are in MMA, the impact he has had in jiu-jitsu is unparalleled and he is still considered to be undefeated in jiu-jitsu competition. Just because he is part of an older generation does not mean that someone of his caliber should be disregarded as one of the best ever. His son Kron is of notable mention, however, he has yet to obtain a world title at the black belt level which bumps him off the top 5 list.

The name Kyra Gracie has become synonymous with women’s jiu-jitsu. Having won the world title at black belt 5 times, and the ADCC titles 4 times – there is little left for this young legend to prove. In addition to her competitive accomplishments, she also works hard to promote women’s jiu-jitsu and helps organize programs in Brazil to help less fortunate kids in Brazil build their future.

Royler is still seen by many as the greatest Gracie competitor even though he was unable to really achieve as much because of his lighter weight – the absolute title was out of his reach. But Royler had demonstrated his dominance in the early mundials, having conquered the title four years in a row, defeating other legends like Leo Vieira, Shaolin Ribeiro, Draculino and Marcos Aurelio. Even before the organization of the IBJJF, Royler was undefeated in jiu-jitsu in other competitions until he lost on points to the unbelievably crafty Ricardo De La Riva.

Roger is not only viewed as one of the top Gracie competitors of all time, but he is viewed as one of the best BJJ competitors ever. Standing at six feet and four inches tall, Roger had the technique and the size to conquer all the titles, including the absolute. Now turning his attention to MMA, Roger leaves BJJ as seven-time world champion and three-time absolute world champion. Part of Roger’s allure is that although he is a large guy, he was not viewed as particularly athletic but yet was able to defeat technical, large and athletic opponents – a true example of the Gracie jiu-jitsu his family promotes. In the 2005 ADCC, he had also won his division and the absolute, submitting all 8 of his opponents – something that has never been done before.