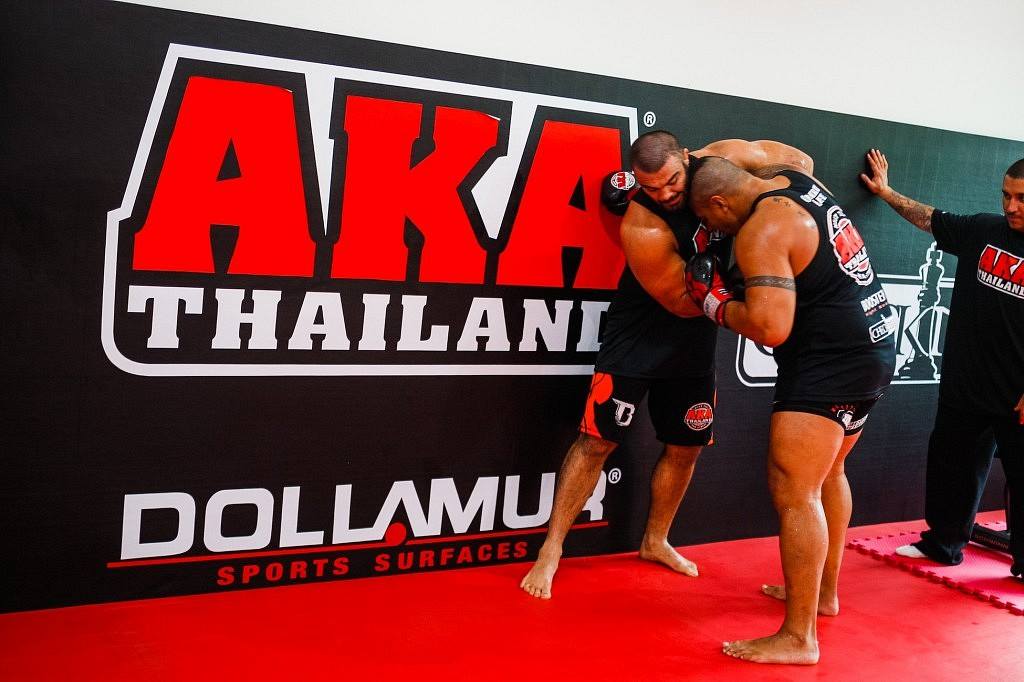 It’s fair to say that BJJ Eastern Europe wouldn’t exist without the number of quality training facilities scattered across the continent, yet that’s not to say any of us need limit ourselves to our home turf, especially when a career in top flight MMA is the end goal.

From the home of martial arts in Asia to territories less well known for producing Grade A fighters like Montreal, Canada, here’s our look at just five of the best BJJ training camps preparing fighters for life in the cage.

Thailand may be better known as the birthplace of Muay Thai Kickboxing, but this training facility on the island of Phuket, based just off the coast of Bangkok, has earned a reputation among fighters as one of the world’s biggest Brazilian Jiu Jitsu centres.

A 5,000 square foot facility with 3,000 of mat space and two stories of fitness apparatus, AKA combine BJJ training for both novices and semi-pros with the somewhat obligatory

We could have picked any number of leading camps in Rio De Janeiro for this list, and an even greater number from across the globe boasting direct ties to the Gracies, but for our money, few would match the credentials and level of respect earned by Gracie Humaitia.

Originally founded by Rolker and Royler Gracie (sons of Helio Gracie) back in the early 1980s, this one eschews the ‘fight camp’ approach of modern training facilities in favour of the appearance, traditions, and values of an old school martial arts dojo. Not that you’ll find Gracie Humaita stuck in the past.

Still run by 7th degree black and red belt sensei Rolker Gracie (brother Royler) left for the US in the early 2000s to spearhead the dojo’s North American base), the dojo promises a combination of modern style with traditional techniques and a focus on the core fundamentals of the game, making it the perfect place to get back to basics and enhance their fight with skills derived right from the sport’s earliest days.

With alumni like Ken Shamrock, Brock Lesnar and Josh Barnett boasting several championship reigns and record-breaking UFC betting odds between them, it’s hard to doubt CSW’s credentials as a top flight fight camp for heavyweight grapplers, but that’s not to do a discredit to their BJJ training. After all, the centre is led by MMA innovator and BJJ blackbelt Erik Paulson.

Trained by BJJ pioneers Rorion, Royce, and Rickson Gracie, Paulson’s reputation in the MMA world shouldn’t be new information to regular readers of this site, though the fact that he remains hands on in training fighters for their own octagon career may do.

With its roots planted firmly in BJJ’s first appearance on UK shores, Carlson Gracie’s London BJJ and MMA training club is still regarded as one of the most successful in the country.

Prior to his death in 2006, Carlson, the eldest son of one Brazilian Jiu Jitsu’s principle pioneers, Carlos, was renowned for his lengthy world championship reign throughout the 60s and 70s, as well as for developing the more aggressive approach to BJJ which has become so prevalent in the world of Mixed Martial Arts.

The London club which today bears his name is just one of many both in the UK and in Gracie’s homeland of Brazil, where UFC fighters like Allan Goes and former UFC Light Heavyweight Champion, Victor Belfort.

Along with full training, the club also offers classes in Muay Thai Boxing and Judo,with full-on MMA classes running once a week to help students bring the three disciplines together ready for competitive fights.

Started several decades ago by World Champion Conrad Pla, Montreal’s Tristar gym was predominantly a kickboxing school most notable for producing French-Canadian Georges St-Pierre, the former UFC Welterweight CHampion largely regarded as the greatest fighter to ever compete in his weight class.

In 2007, the gym was bought out by Firas Zahabi, who redeveloped the school by introducing Brazilian Jiu Jitsu as well as grappling to a centre which has also shaped the careers of  UFC star Rory MacDonald (currently the leading contender for the UFC Welterweight title), 2006 Pride Welterwight Grand Prix runner up Denis Kang, and a host other Middleweights, Lightweights, and Welterweight stars.