The Success Story Behind Shoyoroll Brand 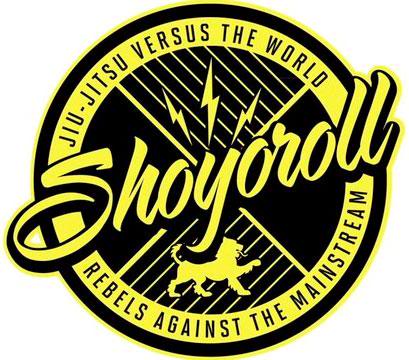 If you train BJJ and follow the scene, you must have heard of Shoyoroll the BJJ gi and streetwear company that has a cult following and sponsors some of today’s biggest stars. Not many people know about SYR’s humble beginnings and it’s founder Bear Quitugua. This article from guampdn.com highlight the story behind SYR and the secret to it’s success:

“It wasn’t too long ago when fashion and martial arts mixed as well as oil and water. The fighters’ traditional uniform — the gi — was worn to showcase technique and skill, not to flaunt the latest ensemble. Vince “Bear” Quitugua sought to change that perception more than 10 years ago. He is the founder of Shoyoroll, a company of humble beginnings that recently blew up the martial arts world, growing to global recognition status. Quitugua, a Brazilian Jiu Jitsu black belt, is also a formidable businessman in the mixed martial arts and BJJ communities. Born in California and raised on Guam, Quitugua founded Shoyoroll, a premium fight wear company specializing in high-quality gis.

The clean designs, contrast stitching and fitted cuts make the brand among the most popular on the market. Inspired by his love of surfing, skateboarding and grappling, he created the electric yellow Shoyoroll logo prominently visible at major competitions in the United States.

“Seven years ago we would only see a few of the gis being worn at competition, and it was just fighters we knew and gave the gis to. Then the next year we saw a few more, and realized it wasn’t just people we gave the gis to,” Quitigua says. “That was super cool to see.”

The million-dollar company appears to be an overnight success, but the brand’s roots originate on a tiny island in the Pacific. Bear started with a handful of hats and T-shirts, created inside a little garage on Guam. 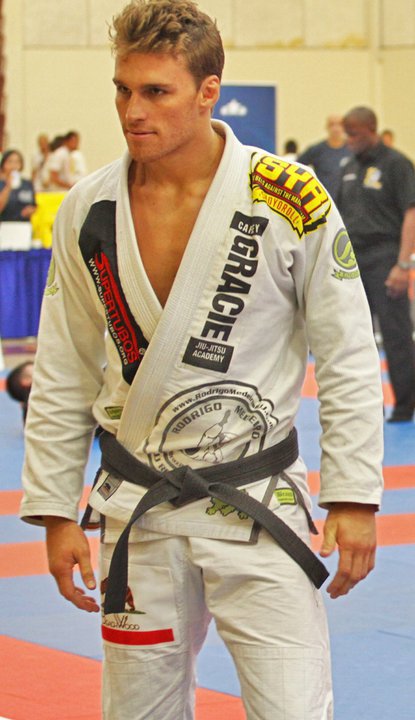 Clark Gracie is one of many Shoyoroll sponsored athletes

“I was just a creative kid trying to do something that I thought would be cool,” Quitugua says.
Here’s a scene from the World Jiu Jitsu No Gi Championship held in Long Beach, Ca. just four months ago. A crowd waited in the cold air for the gate to open, eager to watch the battles of the premiere submission-grappling tournament of the year. But instead of filling the stands surrounding the arena at the Walter Pyramid, more than a hundred people swarmed the Budo Videos retail booth. Each one hoped to buy the collectable Shoyoroll gi named the “Charles Lew,” but only 50 were for sale.

Budo Videos, a top martial arts online retailer, first carried Shoyoroll gis in 2009 after agreeing to be the exclusive retailer for North America. President Dave Contreras clearly remembers the initial public response: “They just sat in our warehouse. No one was really buying them,” he says. Now, they sell out within minutes. Thousands of people around the world wait anxiously for the moment the limited-edition gis go on sale. Once the site opens, only a small percentage of buyers get lucky, surviving site crashes and thousands of other online buyers all wanting the same thing at the exact same time.

“They brought something really unique to the market by changing the look at the time. The other gi brands had been making the same gis for years,” says Budo Videos CEO Jake McKee. Quitugua always sets a few aside for his Guam distributor and friend, Wayne Matanane, but still — not everyone gets one. “When you look good you feel good, and when you feel good you roll good,” says jiu jitsu black belt “Big” John Calvo, who supported the brand in its early days. “That’s what wearing a Shoyoroll gi will do for you.”

Ultimate Fighters Jon Cruz Tuck, BJ Penn and Benson Henderson wear the brand with pride too. Founder of top clothing brand RVCA Pat Tenore says simply: “Shoyoroll rules.” All the success Quitugua enjoys didn’t come without sacrifice. “People think the brand all of a sudden became popular. They don’t know the back story, all the work that took place and all the struggles we went through,” he says. The founder of a million-dollar company today talks about his childhood home in Ordot, made with wooden walls and a leaky tarp for a roof. Rainy day puddles were normal, and typhoon warnings sent his family packing to a safer structure. His family didn’t have much, so they safeguarded what they had. “Our house wasn’t concrete like the other homes, so if a typhoon hit we’d lose everything,” he says. Those days left him yearning for a better life and hungry for a solution.

“I told myself I wanted to me a millionaire by the time I was 30. When I was 5 I told my dad I wanted to be an engineer,” he says. “He told me, ‘Good, they make a lot of money.'” He fell into a rut along the way, caught up in an aimless lifestyle. He said far too many of Guam’s youth also get snagged and unfortunately, a few will never get out. “Depending on your circle of friends, you can get stuck, using the wrong people as role models, getting in trouble and dropping out of school,” he says. His only secret to success was no secret at all: hard work. “If there is anything I can tell the young kids on Guam today, the freshmen in high school, is, to stay in school. Expand your circle of friends. Hang out with people that want to go to college,” he says. “When I hung out with my boys, that’s all I knew. Having fun and partying. But when I networked myself with different friends, I realized I had to change my mindset to pursue bigger things.”

But he doesn’t believe an aimless detour should stop anyone from reaching goals. Continually striving for a goal can make changes and create outlets even where there are seemingly none.

“I was really discouraged just a few years ago. I was losing money with the brand. It wasn’t popular. Yeah, people thought it was cool, but after awhile you just think, ‘is it worth my time?’ But I kept at it,” Quitugua says. The company grew slowly. His wife Melissa gave up her legal career to focus on the brand. Bear Quitugua left a successful position in sales a year and a half ago, and hasn’t looked back since. “It was a huge leap. This started out as a hobby, and we have kids to take care of. With our jobs we had benefits, insurance and income we relied on. My wife was super scared, but it’s probably the best decision I’ve made in my life,” Quitugua says.

He’s happy to say he hired two others from Guam, Natasha Barsana and Georgianna Castro. The warehouse manager Juan “Roach” Rodriquez is from Mexico, but already he’s been given “honorary Chamorro” status. “Everyone says I act like you guys,” he says. Quitugua also changed his goals, and not all revolve around business. He realized working hard just for money doesn’t necessarily create happiness and success. Melissa keeps him balanced at home and at work and together, they raise two children — Bear’s absolute pride and joy.