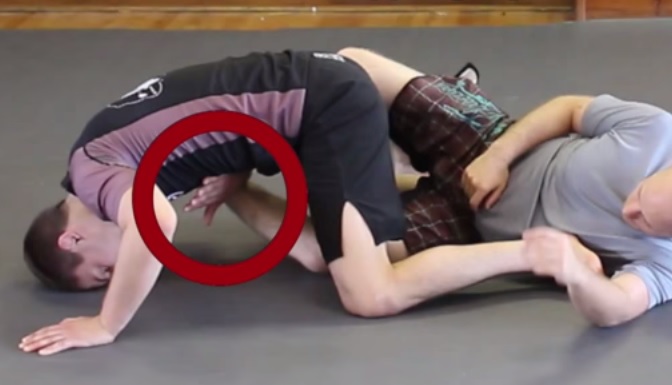 Bas Rutten often said straight ankle locks were just painful and that you didn’t need to tap to them. Let me break down what is really happening.
.
When performing a straight ankle lock the specific joint attacked is the talocrural joint. The talocrural joint connects the shin (tibia/fibula) to the foot (talus). The talocrural joint has 1 degree of freedom, meaning it can only move in one plane – up and down (dorsiflexion and plantarflexion). When someone is attempting the straight ankle lock they are attempting to force the ankle into excessive plantarflexion. Excessive plantarflexion is resisted by the anterior talofibular ligament (outside ankle ligament), deltoid ligament (inside ankle ligament), the joint capsule (connective tissue surrounding the joint) and the muscles responsible for the opposing motion, such as the tibialis anterior.
.
This is where the submission is often finished incorrectly. Many beginners will try to “stretch” the foot into this range, however there are so many structures to resist end-range plantarflexion it often is a very difficult finish. This may cause pain, but to inflict damage you have to impose a significant amount of force. Ever roll with someone who has ‘flexible feet’ and no matter how much you try to stretch their foot they won’t tap? 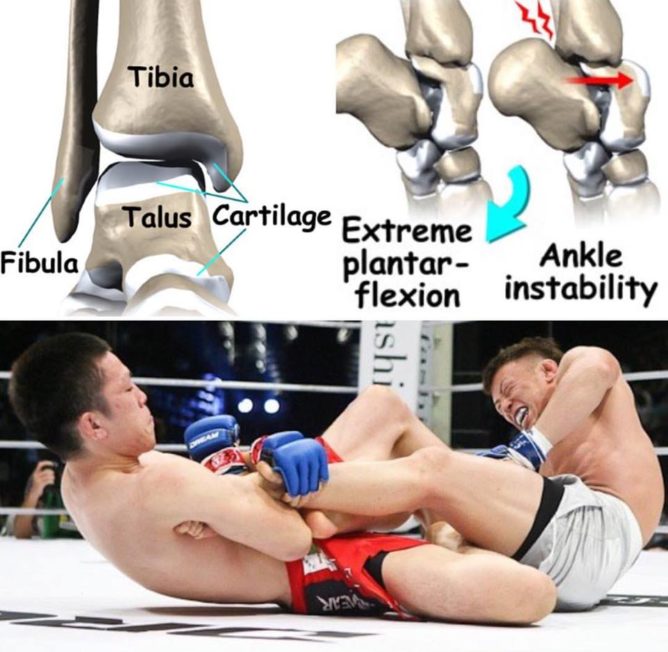 .
As the foot moves into plantarflexion the talus slides forward and at end-range only the most narrow width of the talus connects to the tibia/fibula. Due to the loosening of the grip the joint becomes unstable against further anterior forces. This means that if your goal is to disable your opponent / inflict damage you need to bring the ankle to its end-range THEN introduce an anterior force to dislocate the joint.
.
An example of this leg lock finished correctly was when Aoki fought Kawajiri. Kawajiri attempted to ‘tough out’ the submission until his ankle dislocated.

Do you still think the straight ankle lock is just pain?