The Story Of Paul Moran: The Sort Of A Friend Everyone Needs 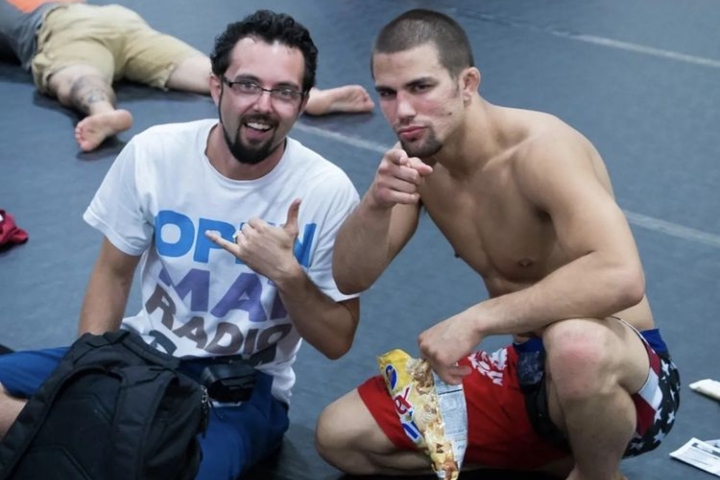 One of the most beautiful things about training Brazilian Jiu-Jitsu are the people you meet along the way. Most of them become friendly acquaintances, many of them become friends… And some of them become good, really good friends.
One of those friendship tales comes from Garry Tonon, who recently shared a story about Paul Moran. A sort of a friend that everyone needs:

While it was amazing being a part of ADCC this past weekend in Vegas, something more was missing for me than just five guys burgers, and the ass I used to have before I was 145lbs.
Every time I was near Vegas I used to get to visit my good friend Paul Moran, and he’s since passed away a couple years ago. It’s funny because I call him a good friend, but I saw and corresponded with him less than most of the people in my life.

The second reason I call him a good friend is there was just this energy about him when you interacted with him, that he was so safe and trustworthy and loyal and warm hearted.
He was just one of those people you felt close to no matter how little you’ve seen or spoken to each other. I say all these positive things about him and meanwhile the guy was constantly struggling with things 99.9% of the earth can’t even fathom. BUT YOU’D LITERALLY NEVER KNOW.

Tonon shared how Moran has had a lot of hardships in his life, but that he never spoke much of them:

Unless you really pressed him and asked him about his well being, you wouldn’t guess in 1000 years the hardship he was going through on a day to day basis.
And even if you got him to talk about it briefly he would just brush it off like it was a minor inconvenience and say “it’s just another lion to kill”.

Man I really wish i got to share the experience of this ADCC with you, Paul. You would’ve been ecstatic to see just how far our tiny sport has come, the one you and I struggled to build, right in your own backyard.
I miss you so much man, I’m tearing up as I write this. Even though we didn’t get to share this moment with each other, I’m so thankful for all the ones we did. Love you lots man, I know you’re at peace because you brought me so much peace every time we interacted.

Hopefully it’s a long time before we meet again, but I know there’s a smiling face and a hug waiting for me on the other side.