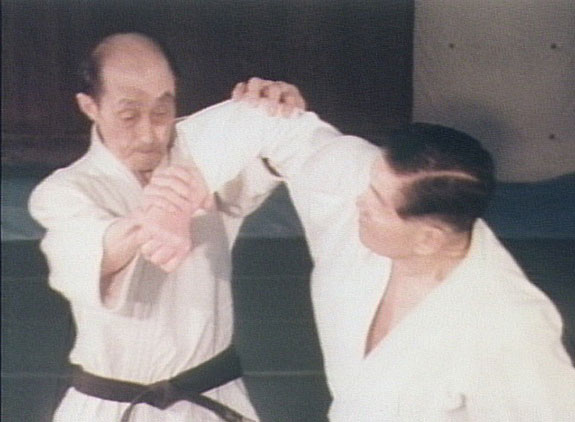 Whichever field you’re involved in and/or thinking about right now, you most certainly had a chance to – through sheer coincidence sometimes – find out about great people who are involved in that field… But who you’ve never actually heard about before.
Kenji Tomiki is such a person. His efforts in improving Judo, and especially Aikido, will remain uncontested for as long as the Earth keeps spinning.

WHO WAS KENJI TOMIKI AND WHAT’S HIS PLACE IN THE JUDO AND AIKIDO WORLD?

So who was Kenji Tomiki and why is it important to talk about him? Well, Tomiki has been born at the very start of the 20th century and he was a fantastic Judoka, one given great respect in this grappling art. However, you might be thinking to yourself: „But, I’ve never heard about him!“ And there’s a valid reason behind that; namely, Tomiki is widely known in the world of Aikido instead.
What this means is that, although he was making great progress with Judo, his progress was way faster in Aikido. Namely, he achieved his 8th Dan in 1940; whereas he earned the 8th Dan in Judo just a year before his death – in 1978.

But that’s not the most important reason why Kenji Tomiki was such an influential martial artist. He was actually a pioneer and a change maker in Aikido! Essentially, he produced a new „stream“ of the martial art; he placed great emphasis on the importance of competition in Aikido and was relentless in modernizing it in such a way, developing the so-called „Shodokan Aikido“ – or competitive Aikido.
With that said, he has also given great contributions to Judo as well. The most notable one was the development of the most recent Judo kata of Kodokan: the Kodokan Goshin Jutsu kata.

Along with that, he was also the first Aikido instructor to visit the US. His book „Judo“ – which is still regarded as a classic for the martial art – has been published in 1956, and had a part in which Aikido was heavily considered. Therefore, this part of the book is actually the first text in English about Aikido.
What a life and range of contribution, right? Well, every success comes with a price.

Remember the part about Tomiki receiving his 8th Dan way back in 1940 and about his passing in 1979? During this time period of 39 years, he was very tenacious in experimenting, developing and putting into action theories about Aikido and the competition that should run through it. However, despite putting all of this work and trying to revolutionize Aikido by going into the importance of actually using its techniques against a resisting opponent… He remained an 8th Dan until the end of his life. Basically, Kenji Tomiki was shunned by the Aikido community and was incapacitated from progressing in so far as his rank is considered.

But despite the lack of recognition in the world of Aikido, Tomiki has done a great thing… He had tried to save Aikido by moving it away from a purely technique-repetition-standpoint to the one where it could be used in a combative setting! Through this, Tomiki keeps his legacy and is also sending us a message of sorts; to buckle up and start competing!
Competition is often such a great ego depleter, a phenomenal opportunity to learn more about yourself and the martial art you’re pursuing. Tomiki understood that very well and his efforts were adamant in keeping Aikido a martial art; not to just let it persist as art alone.

Watch the video below to learn more about Kenji Tomiki, his great influence and his strangely unknown legacy: