The Story Of A BJJ World Champion: Marcus “Buchecha” Almeida 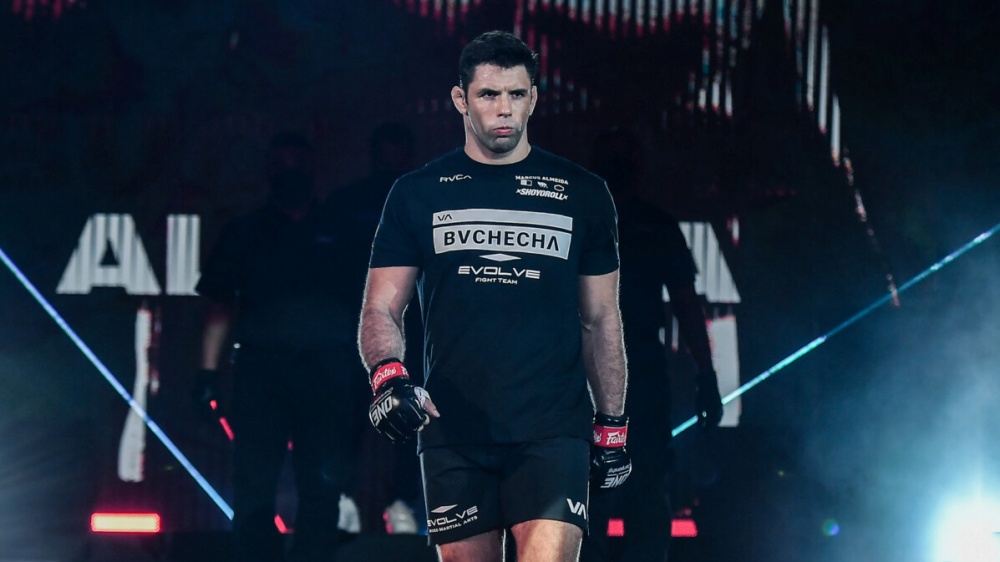 The history of Brazilian Jiu-Jitsu is filled with many legendary names. One of the most dominant and consistent athletes over the past decade is Marcus Almeida, also known by his nickname “Buchecha”. He is a Brazilian Jiu-Jitsu superstar from São Paulo, Brazil, and a 13 time World Champion.

In this article, we will talk about Buchecha’s rise to prominence, from his beginnings as a teen in Brazil, his rise to BJJ superstardom, and his recent move to mixed martial arts with ONE Championship.

Buchecha received his black belt from the highly respected Rodrigo Cavaca and currently represents Checkmat BJJ. It was professor Cavaca who gave the nickname Buchecha (meaning “cheek”). Marcus was a little chubby in his teens, and his cheeks were rounded. Nicknames are funny in BJJ; they are given by either the professor or peers and the origins of the names are typically ridiculous.

He comes from a family that trains in BJJ. His father and sister also trained and were influential in his development as a grappler, especially in his younger years. It did not take long before Buchecha experienced success in BJJ.

He evolved into an explosive and technical athlete and terrorized tournaments from the lower belts to the black belt level. Buchecha received his BJJ black belt on the podium in 2010, not long after his father’s promotion to black belt.

One Of The Best Of All Time

Buchecha is not only an athlete blessed with a great mix of strength and speed, but he is also known for being one of the most technically proficient competitors in the heavier weight class. His game is highly technical. He likes to push the pace in the stand-up and is not afraid to stand toe to toe with world-class wrestlers and judokas.

Above is an excellent montage that highlights Buchecha’s 2018 run. This was a historic moment as Buchecha won his 11th World Championship, surpassing Roger Gracie‘s 10 World Titles.

This video is not representative of his whole game, but you can tell that his takedowns are some of the best in the sport. His approach is to constantly push the pace and to take his opponents to the deep waters. From there, it’s just a matter of time before he completes the pass and submits his opponent.

His game is so complete that he can be effective with both gi and no-gi. Buchecha’s game has been successful in many high-profile tournaments. He has won many IBJJF competitions, including the Pan American Championship, No-Gi, and Gi World Championships. He is also a multiple-time UAEJJF Abu Dhabi Pro and ADCC champion.

On the ground, he moves like a guy from a lower weight class. Weighing in at around 220 pounds, you’d usually think of bigger competitors like him to be lumbering and slow. This is not the case with Buchecha. His game can be described as cat-like — he can put pressure on his opponents using speed, misdirection, and explosive movements.

It is evident that he spent a lot of time perfecting his technique while also focusing on being the best athlete possible. You need to see him in action to see how overwhelming his game can be.

There have been many legendary names who competed in Buchecha’s prime years. Champions like Leandro Lo, Gilbert Burns, Rodolfo Vieira, Murilo Santana and Bernardo Faria clashed with Buchecha multiple times in competition. These matches are all highly entertaining and a masterclass in technical grappling. Buchecha was able to beat these highly regarded champions on his way to many championships.

There were talks of Buchecha’s move to MMA for many years. He has trained in American Kickboxing Academy since 2014. He trained with some of the best fighters in the world, including former UFC Middleweight Champion Luke Rockhold. Since then, he moved to another high-caliber gym in American Top Team.

Buchecha officially joined ONE Championship on July 31, 2020. He signed a multiple-fight contract and now hopes to replicate his impressive run in MMA. He fought the super tough Anderson “Braddock” Silva on September 24, 2021, at ONE Championship: Revolution.

It was an exciting debut, to say the least. He was able to dominate Silva with heavy knees to the head, eventually submitting his opponent with a north-south choke. This is all but a glimpse of Buchecha’s potential in MMA. It will be interesting to see how he improves his game as he progresses in the sport.

Marcus “Buchecha” Almeida is definitely a fighter that you should watch. He is one of the top athletes in the world of BJJ who’ve recently switched to mixed martial arts. It is clear that Buchecha has always understood the essence of Brazilian Jiu-Jitsu, the need to rely on your technique to defeat your opponent. He is cut from the same cloth as guys like Royce Gracie, Demian Maia, Fabrício Werdum, and Ronaldo “Jacare” Souza, to name a few.

His dedication to his craft will surely pay dividends as he continues to climb the ranks in ONE. ONE Championship has become the place where many top athletes from various disciplines come to test their skills. What we have here is a once-in-a-generation fighter who has the potential to be one of the very best ever.