The Simple Problem With Belt Tests in Brazilian Jiu-Jitsu 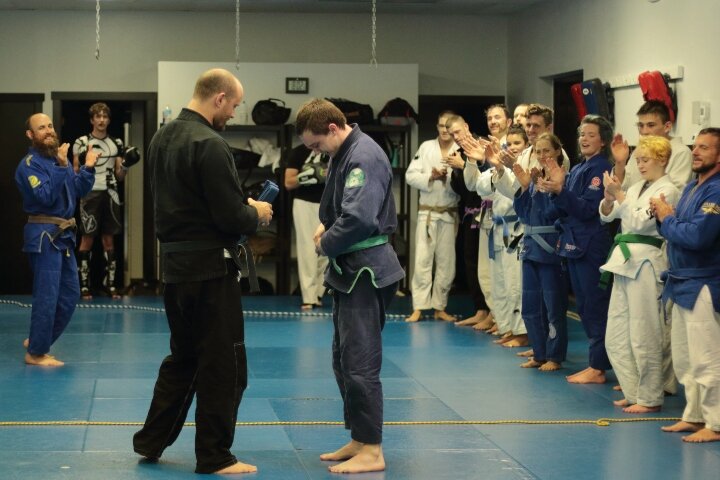 Belt tests aren’t an often occurrence in Brazilian Jiu-Jitsu, but they aren’t a rare one either. And they can be a good asset to the BJJ academy in question; the students know when they’re going to be tested and what they need to know/show in order to get promoted, and the coaches probably have a solid curriculum because of that.
Nevertheless, there’s a simple problem with belt tests that’s quite difficult to “solve”. Professor Ryan Young, from Kama Jiu-Jitsu, explains.

THE PROBLEM WITH BELT TESTS IN BJJ

Here’s the thing. If you have someone who is, let’s say, a purple belt with four stripes and they’re really good… As in, they’re essentially a brown belt, but just didn’t get promoted yet. And you, as the coach, tell them that they have to show up for belt testing at a given date and pay a certain amount of money to do so.
In this situation, Professor Young explains that we come to the simple problem: what if the student doesn’t show up for the test?

If they had something in the way on that day (or series of days)… Is the coach supposed to withhold the promotion from them? Are they going to remain a purple belt, even though they’re obviously a brown belt – just because they didn’t show up for the belt test and didn’t pay the fee for it?
Professor Young shares more of his thoughts on the video below: