The Reverse Half Guard Version 2.0 Will Confuse, Trap & sweep Your Opponent 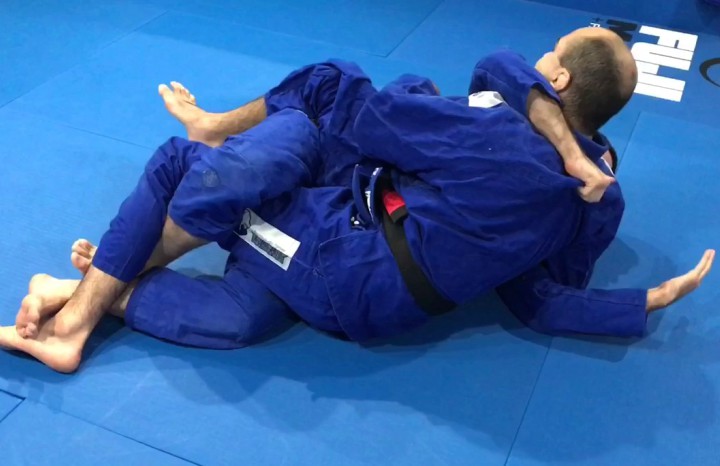 The half guard position has been going through a renaissance lately primarily through the popularity and prevalence of half guard being used by world class practitioners like Bernardo Faria and Tom DeBlass amongst others.  A solid bottom half guard can make a smaller player strong and a big player stronger with the utilization of arm frames, the knee shield and proper body angling on one’s side.

But what if someone caught in my bottom half guard, back steps out, sitting back and attempting to control my upper body or head while looking down towards my feet?  How much trouble am I in, or am I in trouble at all.  Of course every position can present an element of danger, but what the opponent who has backstepped in an attempt to pass my bottom half guard has achieved is catching themselves in my Reverse Half Guard.  By maintaining control on the same thigh that I had trapped in the bottom half guard, I can utilize a lockdown style position to keep them caught.

Once I have my opponent caught in this position, keeping control on that thigh, I can initiate sweeps or positional escapes and work to escape my own hips and take the back in some cases, if the opponent reacts the way I need them to.

One of the most accomplished Canadian BJJ players, Jake Mackenzie, also a long time instructor in Brazil has developed a high level and multi-faceted half guard game and Reverse Half Guard is one of the specialties he utilizes.

In the video below, he shares these insights with world champion and fellow half guard aficianado Bernardo Faria and teaches him an effective sweep.  Jake’s game is an another example of someone who wants to actively pursue the Reverse Half Guard.  Like the half guard before it, which was thought to be a last ditch effort to keep someone from passing my guard, so to the Reverse Half Guard has gone through some development to make it a somewhat more respected and feared position because of people like Jake.

There are several keys to remember with this position to be able to execute sweeps, or positional changes (i.e. back takes).  First and foremost, establish the proper triangle on the opponent’s thigh will ensure that your legs are not attacked.  Essentially the triangle must be reversed from the way you would hold it in classic half guard.

Next though you are flat on your back (usually a no no, but here okay), you must still turn your hips slightly away from the opponent to maintain pressure on their knee and thigh keeping them locked in.

Proper gripping on the opponent’s pants will also keep them where you need them to be when you are adjusting your hips.  Grips set up and allow for the adjustments of your body to happen with minimal movement on their part.  Once your hips are moved and you are able to secure the far leg with your hooks, you will then be able to achieve the sweep and with a few windshield wiper motions transition to a strong side mount.

For more on the high level half guard game from one of the most successful Canadian BJJ competitors in history, Jake Mackenzie, you will want to check out his “High Precision Half Guard and Reverse Half Guard” instructional here! 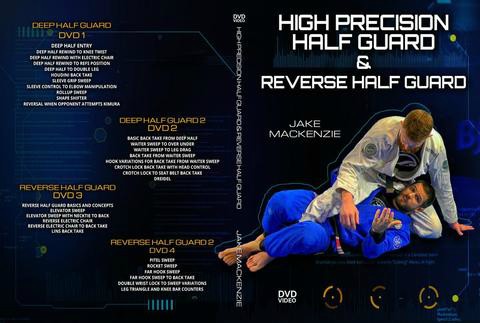