The Proper Way To Study A Brazilian Jiu Jitsu Match 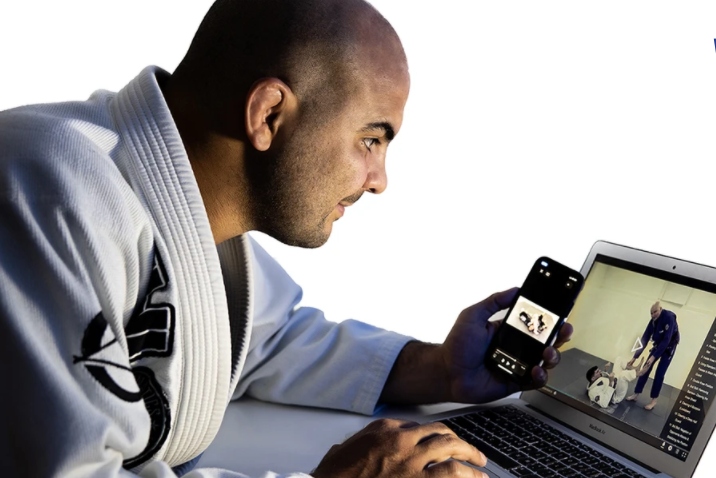 There are many roads to improvement in Brazilian Jiu Jitsu. Some of them will require you to invest additional time – that is, to focus on BJJ outside of the mats as well. For example, studying matches; it’s a fantastic tool which, although it takes time, will take you through the progress alley fast!
However, there are a couple of things that you ought to be paying attention to when studying a Jiu Jitsu match. Follow through them, and your game is going to become razor sharp.

DON’T ANALYZE A MATCH FROM JUST ABOUT ANYONE

Confusion is a given constant in BJJ, and there’s no reason to add to it unnecessarily. Therefore, don’t analyze matches from anyone who seems „cool“ to analyze. If you’re a big, muscular guy, and you’re analyzing Caio Terra’s match, it’ll just make you confused and delusional about your own capabilities.

Instead, be pragmatic about who you’re studying a match from. Find an athlete with a similar body type and game to yours – and analyze what he does, and how he does it.

DON’T ANALYZE THE WHOLE MATCH, BUT STICK TO THE POSITION YOU’RE WORKING ON

It is going to be tempting to watch the whole match. But that’s not what you’re here to do; at least if you want to be as successful as possible about your improvement.
Instead, figure out a position that you want to improve – and look at how it’s „played“ by the athlete you’re focused on.

For example, if you’re watching Roger Gracie and want to figure out his Mount setups, then skip the whole takedown sequence. Just fast-forward to the point where he ends up in Mount; and analyze from there.

KNOW WHAT YOU WANT TO ACCOMPLISH

If you want to be a bit more advanced, then don’t take just the position into consideration – but also figure out what you want to accomplish from it… And then look at how the person whose match you’re analyzing does it.
Submission, sweep, escape or takedown – it doesn’t matter what you’re working on. Just know where you’re headed, and that the match in question has this setup (you can just ask your instructor or someone on a Facebook group to recommend you a match)… And you’ll get there much faster than others.

TRY TO PREDICT WHAT THEY’LL DO

Now we’re stepping into a really advanced tool for your BJJ match study. You won’t be just looking at how the athlete already performed a specific thing or setup. But you’ll also be looking at what they will do!

In other words, pause when the athlete gets into a position, and think about what their next step will be. How will they shift their weight? Will they seek to transition or go for the submission from there? How will they reestablish their frames?
Try to predict their next move. This will turn you into a better problem solver in Jiu Jitsu.

HOW COULD’VE THEY DONE IT BETTER?

As a final step towards becoming a better match analyst, you can enhance your study skills by not just thinking what the athlete will do – but by how they could have done it better.
Basically, you’ll be thinking about things that they could’ve done, which would’ve ended in a better, more effective performance.

This won’t be an easy thing to do, because you’re not on the same level as these professional Jiujiteiros are. But you’ll find out soon enough that you will be able to figure out better options!
It’s just a matter of practice, like all things in BJJ. So, start practicing and study matches the right way!