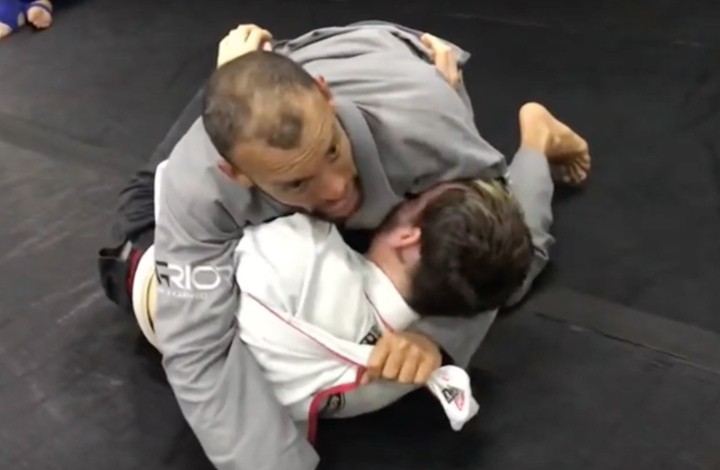 Are you tired of getting stuck like a sitting duck in your opponent’s knee shield?

Today, we are going to look at some counter that we can use with Charles Harriott. Charles is a BJJ black belt from Florida who travels the world teaching BJJ. He is an extremely articulate teacher and he has a unique half guard passing system.

Charles fakes a toe hold to get the opponent to drop their shield. If they don’t drop the shield then he attacks the toe hold which forces a reaction…Once the shield is passed, he focuses on setting up the Darce choke using the opponent’s lapel.

The D’Arce choke, or Brabo choke, is similar to the Anaconda choke. The difference is that the choking arm is threaded under the near arm, in front of the opponent’s neck, and on top of the far arm. The choke gets its name from Joe D’Arce, a third-degree Brazilian Jiu-Jitsu black belt under Renzo Gracie. Though not the inventor of the choke, D’Arce performed this choke often and with great success in many Jiu-Jitsu and submission grappling tournaments. During a sparring session with Jason Miller, the choke surprised Miller, who gave it the name and pronunciation “Darce” rather than the proper “D-Arsee,” when D’Arce did not have a title for the technique.

Check out these great details from Charles Harriott:

For more from Charles Harriott, get yourself a copy of Leg Locks 101 today and don’t let the ever-changing BJJ game pass you by! Get it here from BJJ Fanatics! 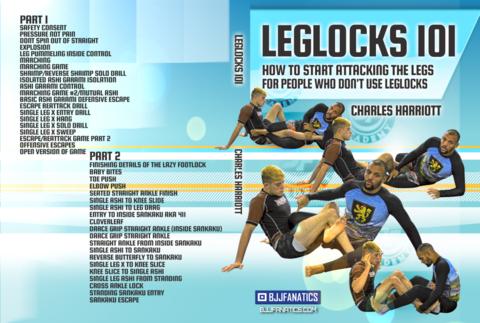