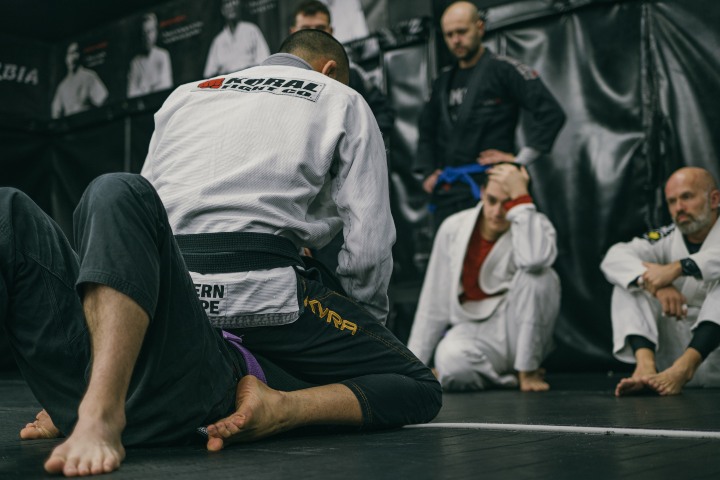 You’ve just begun training BJJ, haven’t you? We’re certain that you’re simply amazed by all of the creativity and techniques that BJJ has… And by the fact that you can learn how to apply them on your fellow teammates as well!
That’s fantastic, and you should by all means strive to improve, to become better each and every time you’re on the mats. However, beware that you’re not alone in this sport; namely, that there’s one rule – among the sea of other ones – which you need to respect from the beginning.

THERE’S ALWAYS A WAY TO IMPROVE

You might’ve thought that it’s possible to learn just a couple of basic concepts, drill certain techniques for a given number of reps, and that you’ll be able to hit them whenever an opportunity arises. However, you were also quick to discover that it doesn’t work like that; no matter which technique you learn, there’s always a way to do it better.
Basically, there will almost always be ways to either attack or defend in a way that’s different from the one that your coach just showed you.

And that’s exactly the point you need to pay attention to; from your very first steps as a brand new white belt, up towards the future. That is, to the rule of whatever you do – make sure that you listen to your coach or instructor first.

BUT IT’S FAR MORE IMPORTANT TO LISTEN TO YOUR COACH

Yes, listen to your coach! One of the most annoying things a new white belt can do is to be stubborn and do as he or she pleases. Instead of listening to the coach’s instructions and corrections, these new Jiujiteiros just go for whatever they feel like is right.
This is not just a foolish ego trip, but it’s also rather disrespectful towards both your coach and your teammates.

Hear us out: even after you’ve been training for more than just a few years… And, in most cases, even after you earn your black belt, your coach’s or instructor’s words will take precedence over anything else. You’ll have to listen intently and pay attention to detail that the coach is demonstrating and explaining; and then go for replicating those same details when you drill and roll.
You can’t just take whatever you’ve seen and then decide to modify it however you please. Even though you may be right to add an additional component or two to the technique, as a beginner your best bet – both for the sake of your own progress and due to the respect towards the instructor – is to simply listen and watch to what they have to say and show; and then repeat all of those steps and details as soon as you possibly can.

THE RULE: SHOW RESPECT TO YOUR INSTRUCTOR

The point is that there will always be ways to manipulate and change a technique so that it works better. However, as a newcomer, you can’t possibly know more than someone who’s been both training and coaching for decades.
And furthermore, even if you were to figure out some sort of a detail (for example, by seeing it on Youtube) and realized that it would make what coach’s just showed better, please… And we mean it sincerely, please; don’t interrupt your coach while he’s demonstrating the technique. Once he’s done, feel free to ask questions (and ask them all the time). But do it in a respectful manner. That way, both your coach and your teammates’ll know that you respect them; as well as that you’re fit to become a teammate of theirs.