The Kimura Trap Is A Must-Have In Your BJJ Skillset 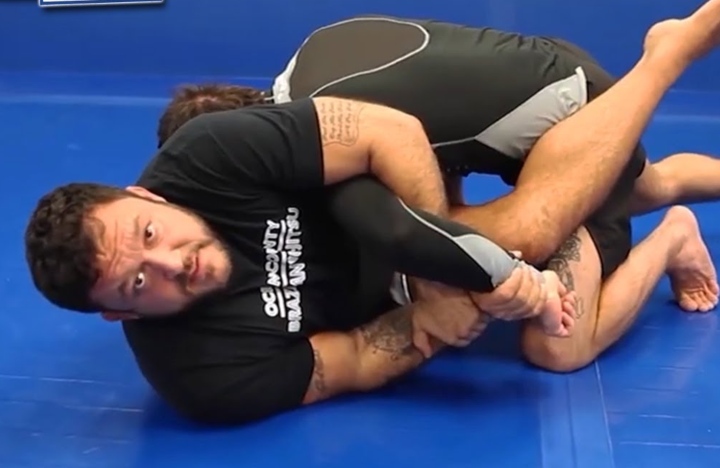 The Kimura Trap is a powerful tool that you can use in all sorts of situations; one that will enable you to both defend yourself when you need to, as well as to move in for an attack when you see an opportunity to do so.
Keenan Cornelius goes in-depth on why the Kimura Trap is so powerful and how you can use it to your advantage.

Keenan says that the Kimura Trap is most often used when you need to reverse your opponent’s attack against them. The technique in and of itself doesn’t require a lot of variety; once you learn it, you’ll be seeing opportunities to hit the move in quite a number of different scenarios.
Perhaps the best way to learn how to do it is by using it as a Single Leg counter. Keenan shows how.

Demonstrating that whenever his training partner’s arm ends up anywhere between his knees and mid-chest, Keenan shows that this’s a good opportunity for the Kimura Trap. So how should you go about setting it up?

When your opponent shoots for the Single Leg, you have to control their wrist, on the arm which is in front of your knees. However, this isn’t the first thing you’ll do. First you need to reach over your opponent’s back and then underneath their armpit with your control arm. Then, establish a Figure Four grip; and only then grab a hold of the opponent’s wrist in the standard Kimura fashion.
It’s important to do it in this order because your control arm takes precedence over everything else. Meaning, even if you don’t gain perfect wrist control – perhaps you won’t be able to do so because of your opponent’s movements – your control arm will still keep them at bay.

You’ll be able to do this if their head is already too low. If they have better posture, however, then Keenan demonstrates that you can just clear their head to the outside; and you’ll have an opening for the Kimura Trap.

GETTING THEM DOWN AND TAPPING THEM OUT

To get your Single Leg counter, Keenan shows that you can simply shoot your leg in front and fall down; this will roll them over.

From there, you have a couple of options. If the opponent doesn’t do anything, you can just come up to your knees. If they turn into you, then take their back. Just slide your knee in the newly-formed space underneath their ribs; then, get your top hook in, pull them towards yourself and establish the second hook. Here you can go for all sorts of attacks, such as the Crucifix, Triangle and an Armbar.
Alternatively, if they decide to turn away from you, use your legs yet again – either go over their head with them or catch their arm in a Crucifix fashion – and from there you’ll be able to move in for your attacks.

HOW DO I DEFEND MYSELF AGAINST IT?

Now, this means that the powerful Kimura Trap can be used against you as well! How should you go about defending it, then?
It’s simple, actually. Keenan explains that you have to prevent your opponent from establishing a Figure Four grip in the first place; otherwise, you will be very limited in your (successful) escape attempts. To do this, the moment you see them going for the Kimura Trap off of your Single Leg takedown attempt, let go of your grip.

Keenan explains the Kimura Trap in much more detail on the video below: