The Key To Improving Your Jiu-Jitsu: Putting Yourself in Bad Positions 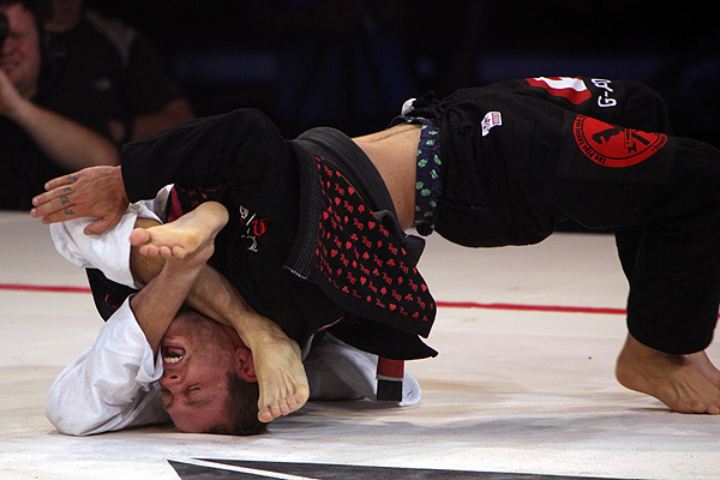 Two BJJ practitioners that come to mind when it comes to deep trouble training is Rickson Gracie and Jeff Glover. These two showed no fear in training. They put themselves in bad positions and worked their way out into a dominate position and then a submission. The average BJJ practitioners today starts on their knees and has a semi sumo match desperately fighting for a top position for three minutes. If I had to choose the more effective training method, I would have to side with Glover and Rickson on this one. Here’s how to start implementing it.

Step number one, when rolling with a lower ranking belt, start off in a bad position.

And don’t limit that concept to positions like bottom mount or bottom knee on belly, but have your rolling sessions start with you in a triangle choke that is 75% locked in. Put yourself in an arm bar that is 85% locked in. The wider the gap in the skill level between your opponent and yourself, the deeper and tougher the submission lock should be. This deep training strategy will definitely challenge you far more then just free rolling with the lower belts, as well as giving you confidence whenever you do find yourself in these situations for real.

Have your opponent stay fresh, but between sparring rounds, pre-exhaust yourself with plyometric movements. For example, do 20 sprawls or 20 jumping lunges, then without rest you start your roll. The position start is neutral, but the energy level starts you in a deficit. The pre-exhausting exercises can be anything of your choice and you can even do a combinations of movements as well. This tactic not only challenges your cardio level, but also will help build your mental toughness, because everybody’s spirit gets weaker when exhausted.

Step number three, get the heck up.

It is much easier task to hold somebody down then to get back up to your feet. It is also harder to get to our feet then to just recover closed or half guard when caught in a bad position. So here is the challenge. Set the timer for a set time. Anywhere from 1-3 minutes. The goal of your partner is to hold you down from any dominate position and not let you back to your feet. It will become a very different style of rolling, more exhausting and a much stronger emphasis on getting the fight off the ground versus just a ground grappling match. This kind of training not only taxes your ability to explode, but also sharpens our skills needed in an MMA match or a street fight where you sometimes find yourself not wanting to be on the ground.

Don’t limit yourself to one dimensional rolling. Though it is effective and traditional, using it as the only training tool will inhibit your progress in the art. These tools are also great when used against training partners who are at a bit of a disadvantage against you, whether it be because of skill levels or size differences. Try these new training strategies out and have fun with them. The cardio will be taxed, the mental grit will be strengthened and the deep dangers of a roll will seem like home soon enough. See you on the mats.