The Kaizen Principle: Getting 1% Better In Jiu Jitsu Every Day 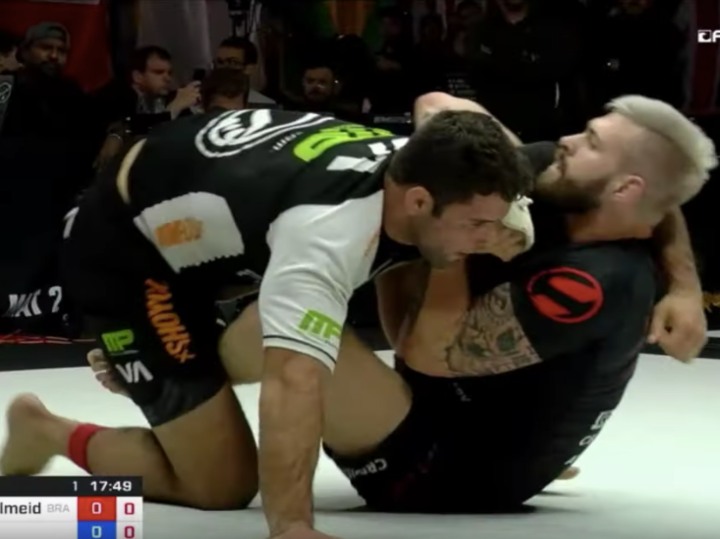 You’ll hit tough roadblocks on your Jiu Jitsu path. Often, you’ll get angry and question whether it’s worthwhile to continue training or not… But hear us out: feel free to be as angry as you’d like to be, but whatever happens – keep training. If you’re not making progress, it doesn’t mean that you’re bad in BJJ, but simply that you have to change something. Perhaps your approach, more than anything else.
For example, you could start using the Kaizen principle of becoming just 1% better every day! With it, you’re going to improve with more quality.

RE-CONSIDER THE WAY YOU LOOK AT PROGRESS

But before you start using the said principle, you need to understand that your „lack“ of progress isn’t what it seems to be… That is, it doesn’t have to come down to techniques that you are or aren’t using properly!
Most of the time, when things aren’t quite going your way in Jiu Jitsu, you’ll blame your skill or lack thereof. And sometimes, rightfully so; your techniques will be off point and you’ll need to work on them! It’s important to be on the constant search for the faults in your game so that you can improve.

However, what if your skill-set is a solid one? What if your techniques are on point, and it’s your approach to improvement that needs correction? It’s possible that you’re demanding much more than you can deliver, that you’re biting off more than you can chew. And if that’s the case, then you’ll be constantly frustrated with your grappling.
In other words, if you set goals for yourself such as getting the blue belt after one year of training (spoiler alert: unless you’re a huge talent, you won’t), then you’ll get easily discouraged. Even though you are making progress.

So what’s the solution to this? It’s the Kaizen principle of getting 1% better each training session!

USE THE KAIZEN PRINCIPLE OF 1%

The word „Kaizen“ is a Japanese term, meaning „continuous improvement“. Essentially, it’s a Japanese business philosophy that seeks gradual, incremental steps towards progress. That is, following the Kaizen principle means that you’ll aim to become better at what you do by constantly working on it, and by making small steps towards success each day.

Have you read those two words in italics, in the second part of the sentence? Let’s say them again: small steps.
It’s quite easy for any BJJ-obsessed Jiujiteiro to fulfill the first part of the sentence. Heck, even if you aren’t obsessed with the sport, you still want to improve in it by working on it – by training. But what’s not so easy is to take a step back and realize that the biggest and long-lasting improvements don’t appear solely as a result of intensity, but consistency too.

Given that, you should adopt the Kaizen principle of becoming 1% better each day. What does that mean? It means that you’ll still look to improve as much as possible, but on a realistic and much more focused level; by giving your best to make small improvements on each training session.
In practice, this means that you’ll forego lofty and unrealistic goals, and develop and accept the realistic ones. You’ll stop thinking of getting an Armbar every time you go for it, but of making it better on every training session.

By doing this – by aiming to constantly improve bit by bit – your Jiu Jitsu will become really good after some time. And yes, it’ll be soon enough! Think of it this way: if you get just 1% better each day, that means you’ll be 100% better after only one hundred training sessions!