The Infamous ‘Rebound’ After A Competition Diet 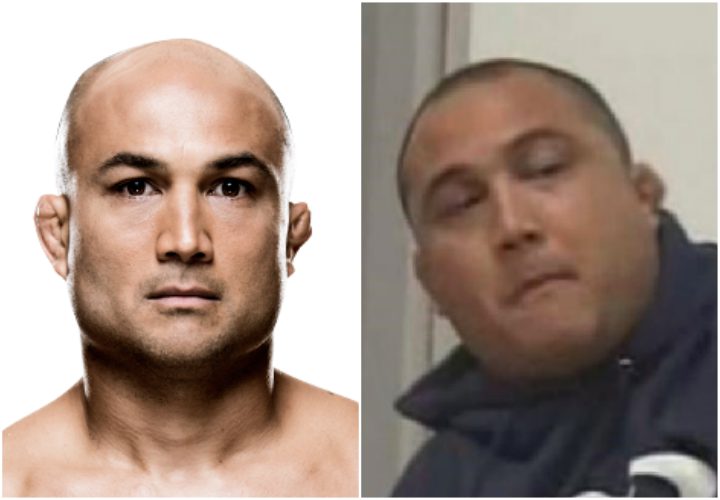 If you have already competed in BJJ, then you have probably gone through a diet. There are pros and cons but whatever happens we know with certainty that the body is more efficient with a healthy balanced and varied diet. Depleted in fat and sugar, without going into a dietary detail, we are sure that the machine runs better.

The subject that interests me is the rebound, after the competition has ended in the late afternoon.

Here’s the deal, you have been deprived for days, weeks or for months to lose extra kgs while increasing the rate of training. The day of the competition, you are in weight. It’s already a first victory. From there, there are two ends to your day: you are the champion or you lose.

Either outcomes will make you relax yourself, the reward for hard work or revenge eating for consolation. After a strict diet is over, you transition to a richer diet. The real problem is the excessive eating related to frustration. I am talking about real diets, those who start physically and mentally, losing 1 or 2 kg remains is relatively easy, losing over 4kg begins to be a serious thing especially for a trained athlete.

So there is frustration and a real lack of food. Because of these factors, when the goal is past you will surrender to gluttony, hamburger, ice cream… While you may not be necessarily hungry or really want it, but you since you spent many days sacrificing, you want to swallow everything. There are some Binge eating rebounds that are truly frightening. You often see competitors go up even above the weight category to which they are fighting usually. For example, a 70kg competitor can climb above 76 kg in a matter of days. Examples are numerous, and sometimes worse. French Olympic Judo champion Benjamin Darbelet usually fought at the Olympics at -66kgs. He decided to try out -60kg, which was a huge sacrifice in weight cutting. He fought very well ,even though he did medal in -60kg.

During his build up to the Olympics, he was surrounded by nutrition professionals and weight loss experts, and after weighing in, they let him loose in the nature. What happened? A huge rebound to almost 80kg and it took him more than two years before managing to copete again at -66kg. I do not know Benjamin Darbelet personally but I was delighted to learn that he subsequently won the silver medal in judo at the Olympics in -66kg.

The risks are real, be careful. I have no miracle cure myself. I lose a lot of weight to fight in the big competitions and I am the first to go up right after. But having talked repeatedly with professional athletes around me, I can say for almost everybody it’s the same.

After the diet, you can eat everything but in moderation, allow time for your body to adapt and even if defeat is tough, stay surrounded.