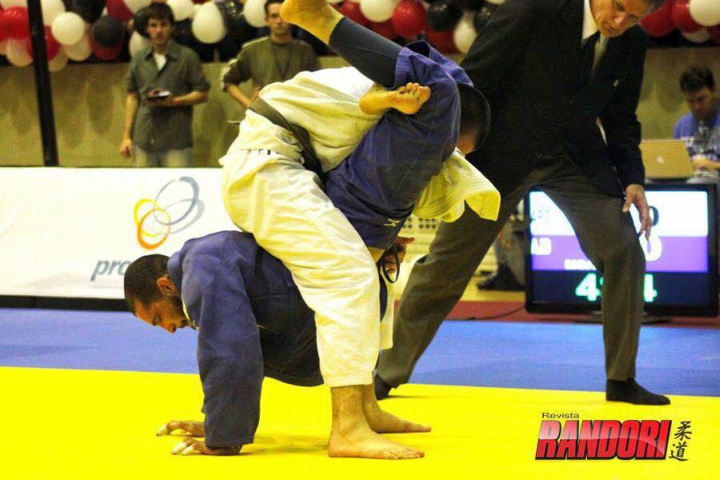 The Brazilian judoka Moacir Mendes Júnior competed recently and put on an amazing display of Newaza (Judo ground game) which he crowned with a never before seen submission: The Scorpion triangle choke!

Moacir Mendes Junior is also a BJJ black belt and is he is the Newaza coach of Brazilian national Judo team. In 2012, he was elected as the best athlete in the world in activity in the newaza. The choice was made by voting at www.bestjudo.org.

Moacir won the vote with 34%, followed by Austrian Ludwig Paischer (18.8%) and Spanish Miguel Romero (17.4%). Nine other athletes participated in the poll.

Moacir is 38 years old and among his main titles are the bronze medal in the U20 World Championship in 2000 and the 2006 Pan American title.

Check out the crazy performance and submission: