The History, Success & Future Of Brazilian Jiu-Jitsu in Poland 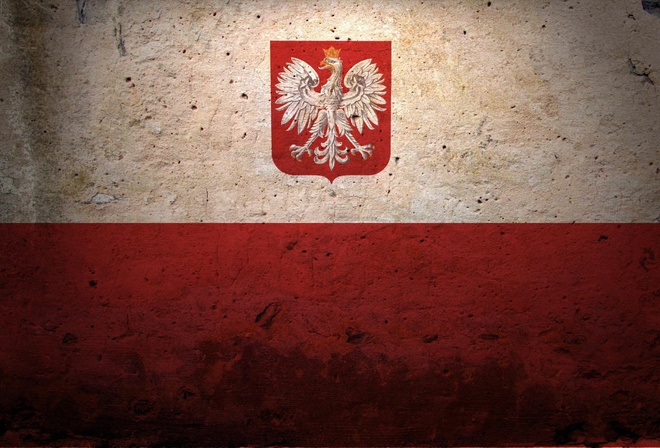 Written by Robert Janista For BJJ Eastern Europe , check out his blog: http://belikericksongracie.blogspot.com/

Brazilian Jiu-Jitsu is a relatively young sport discipline in Poland and its origins date back to the nineties and the very first UFC tournament won by Royce Gracie. It’s been 19 years since, now we have over 50 black belts in Poland ( https://www.bjjee.com/belt-rankings/#poland ) and attendance at jiu-jitsu tournaments is constantly growing. This is due to two facts – the growing popularity of mixed martial arts and a relatively low injury proneness which comes with high effectiveness of this fighting sport. Jiu-Jitsu is a martial art for everyone, regardless of physical condition and strength which means that it can be practiced by people of almost all ages and almost any physique. What differentiates BJJ from most traditional martial arts is high efficiency mastered during sparring sessions (Jigoro Kano paradox) and style of fighting based mostly on technique, less on the strength and stamina. However, from the western martial arts BJJ differs in etiquette – we wear kimonos, have belt ranking system, bows, etc. Jiu-Jitsu just takes the best of both worlds and that also makes it exciting to people with various fighting backgrounds or event without any.

As I previously mentioned, the Poles began to be interested in BJJ after watching the Ultimate Fighting Championship and Karol Matuszczak – an Aikido black belt – wasn’t an exception. He saw also “Gracies in Action” on VHS tape and immediately fell in love with Jiu-Jitsu. Then he began to travel abroad to take part in seminars with BJJ legends such as Fabio Gurgel and Roy Harris, browsed the internet for information on BJJ and eventually started to teach Jiu-Jitsu in Poznan in 1998. At the beginning of his classes, BJJ wasn’t popular in Poland because many people thought that it is some kind of counterfeit of Japanese Ju-Jitsu and nobody took it really seriously. But there was a small o group of people who, like Matuszczak, enjoyed the way the Gracies fought and these people eventually attended classes and seminars (with Joe Morreira, Roy Harris and many others) held at Matuszczak’s club. Jiu-Jitseiros gathered around Poznan-based club were Piotr Baginski, the Linke brothers, Radoslaw Turek, Pawel Ziolkowski and Miroslaw Okninski just to name a few and most of them became notable personalities in the Polish BJJ Community. Matuszczak also took part in the first MMA bout against Tomasz Jamroz, which he won by a rear naked choked during Sport Ju-Jitsu championship event. The most important achievements of Matuszczak are
– earning a black belt under Roy Harris
– winning the European championship in brown belt division (light heavyweight and open) Currently he runs his own club Strefa Walki in Poznan and is writing a book about Jiu-Jitsu.

Other important figures in Polish BJJ history are Maciej and Mariusz Linke, who run Gold Team Poland. Mariusz is the first Polish fighter who has achieved a second degree black belt in Brazilian Jiu-Jitsu, although his martial arts history began with Judo, just like his brother’s Maciej – they both are Judo black belts. Mariusz and Maciej went to Poznan to learn BJJ at Karol Matuszczak’s Club. In the beginning they saw it as an art complementary to Judo, but now they describe Judo more like an extra modality in addition to Jiu-Jitsu. After some time the Linke brothers together with other Szczecin residents who trained with Matuszczak – Piotr Baginski and Robert Siedziako co-founded Berserkers Team, but in 2004 they split up and both brothers began to operate on their own as Linke Gold Team under Macaco Gold Team. Both are very accomplished fighters, Mariusz (https://www.bjjee.com/interview/interview-with-mariusz-manolo-linke-polands-first-bjj-black-belt/  ) was the first Polish BJJ black belt but also a third degree black belt in judo and a multiple time European medalist, London Open winner and MMA fighter. His brother Maciej is a BJJ black belt and a second degree Judo black belt with achievements like 3rd place at the CBJJE World Cup in brown belts and the European Championship CBJJE earned as a black belt.

Aforementioned Piotr Baginski is one of the most well-known figures in the Polish BJJ community. His greatest achievements include multiple medals at the Polish and European Championships in BJJ and a World Cup Medal at CBJJE Mundial at Sao Paulo. Baginski is also known as MMA referee and BJJ promoter, but he gained most credit as an incredible coach. He organizes grappling training camps which are open for people outside of his club, considered to be the best training camps for grapplers. Apart from sharing his vast knowledge, he still competes with success. The gym run by him and Robert Siedziako is one of the most successful in both individual and team competition in Poland and abroad which also proves Baginski’s great coaching skills. Currently Berserker’s Team is affiliated with a multiple World Championship medalist (World Cup) – Felipe Costa. The best-known fighters from this team include, among others, Maciej Jewtuszko (ex UFC fighter), Michael Materla (current KSW middleweight champion) and Polish BJJ champion Maciej Rozanski.

When talking about BJJ in Poland one cannot forget Sebastian Slowek and Radoslaw Turek, the pillars of the Polish branch of the Alliance Team. Radoslaw also began training with Karol Matuszczak, but later than Baginski and Linke. Some time later he hooked up with Slowek, who was one of the first Polish Jiu-Jitsu practitioners who trained in Brazil at the Gracie Barra Academy. They started to train in a closed group of friends, but later the gym grew bigger and became part of the Alliance family. Slowek is a black belt under Alexandre Paiva and co-author of the first Polish book about Jiu-Jitsu but he doesn’t take part in any competition due to an injury. For now he is a very active promoter of the sport. Radoslaw Turek is a black belt and also an accomplished grappler who took part in the ADCC after winning ADCC trials and fought in a Metamoris-like event in Germany (Ultimate Grappling Challenger), which he won in his weight class and open.

Miroslaw Okniński, who also trained in Poznan is one of the sport’s legends and the forerunner of MMA and BJJ in Warsaw. This Mario Neto’s black belt founded the first Jiu-Jitsu academy in Warsaw, organized the first MMA fights held in Warsaw and is currently involved in grassroots work promoting amateur and professional mixed martial arts events. Many talented grapplers fighters began their careers in his academy including Krzysztof Lukaszewicz, Zbigniew Tyszka and Antoni Chmielewski. Okniński himself (European Champion as a brown belt) is an icon of MMA and Brazilian Jiu-Jitsu in Poland, and for that that he deserves a praise despite all the controversy behind his person. At some point due to Okninski’s tough nature some talented grapplers left the club and joined Copacabana Academy.

Currently Copacabana is affiliated with The Gracie Barra Braulio Estima academy. Estima has so far promoted three black belts including Lukaszewicz, Marek Pasierbski and Leszek Pawlega. The club became successful in a very short of time. A small gym with poof infrastructure in the beginning is now one of the best academies in Poland, with many great fighters, coaches and a great place to train.Other well-known Polish teams include Piranha, Zlomiarz, Drysdale Jiu-Jitsu, Gracie Barra Poland, Pretorian, Bastion Tychy, Grappling Krakow, Wrox Gym Galvao Jiu Jitsu, Rio Grappling to name a few, and every month new clubs emerge because Jiu-Jitsu is really life-changing!

Development Of BJJ In Poland:
Here are some thoughts about the development of BJJ in Poland which my coach Krzysztof Łukaszewicz- Braulio Estima’s black belt and founder of Dragon’s Den Fight Club shared with me: “BJJ will certainly grow rapidly. Our grapplers are amongt the best in Europe (at this year’s FILA Grappling World Championships the Polish national team won the first place in both GI and NO GI grappling). Our MMA fighters whose base style is BJJ are getting better and more accomplished, fighting successfully in Europe and the USA. I think the development of the Polish BJJ is a reflection of the global trend: some people will treat Jiu-Jitsu as a sport and fight at competitions following the rules of one of the Jiu-Jitsu/Submission Wrestling organizations or FILA Grappling, some people will go towards MMA and this art will be considered part of cross-training for a fight in the cage or in the ring. I hope that some will go back to the roots of BJJ and what was taught by Grand Master Helio Gracie, because many people all too often forget about the self-defense aspect of BJJ. It is also inevitable to create an association of all Polish BJJ clubs, because the attempts made by the Polish Association of Ju-Jitsu (PZJJ) will probably fail. Every year BJJ is becoming more and more popular. Twelve years ago people were learning it from VHS tapes and now in 2012 we have over 800 competitors registered at the Polish National Championships. One reason is the rising popularity of MMA and another is that BJJ is a combat sport where the ratio of efficiency to injury proneness is very positive. Training BJJ is just fun!” 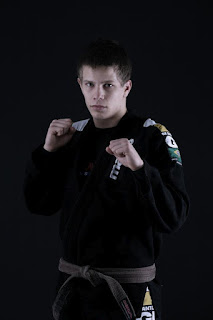 I would like to add that Polish national team in the FILA grappling is very successful, we are European and World Champions in team competition. The success of BJJ-based MMA fighters such as Marcin Held in Bellator also inspires optimism. We’ve gone a long way from VHS tapes and techniques learned by reverse engineering to more than 50 Polish black belts and many achievements in competitions of international range, but an even longer road is ahead of us. One way or another – Poland is noteworthy when we consider the world Jiu-Jitsu stage. We are going to grow stronger, because Jiu-Jitsu changes the way we act!

PS: I would like to thank the GrapplerInfo.pl website for being such an encyclopedia for Polish BJJ and to my professor – Krzysztof Lukaszewicz for help with the article.