The History And Significance Of The ADCC Submission Fighting World Championship 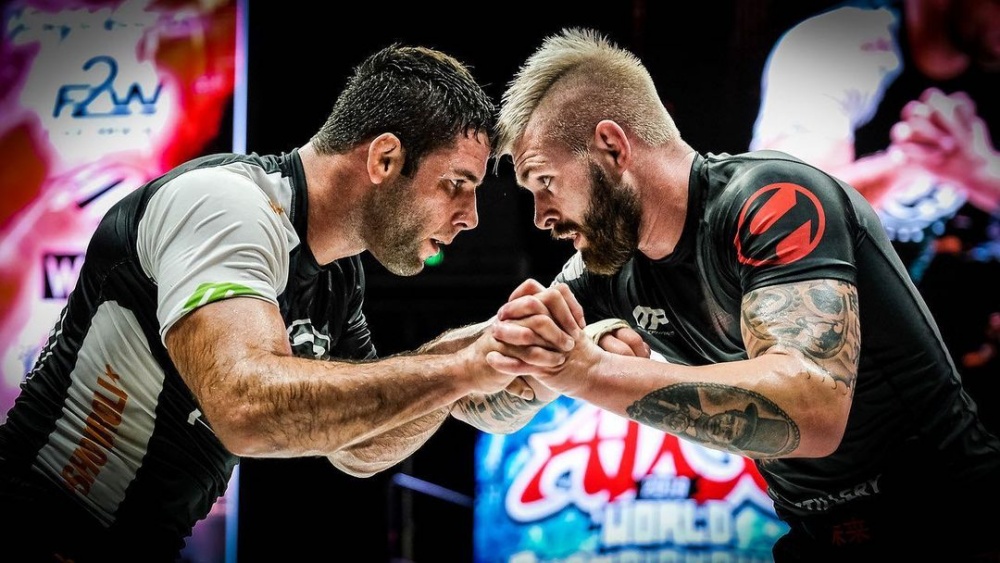 What Is The ADCC Submission Fighting World Championship?

The Abu Dhabi Combat Club (ADCC) Submission Fighting World Championship is considered the greatest submission grappling tournament. Also known as the “Olympics of Grappling”, ADCC allows the best grapplers from various nations to compete for the honor of being an ADCC champion, along with the cash prize. Competitors are from different grappling backgrounds, such as Jiu-Jitsu, Wrestling, Sambo, catch wrestling, and Judo.

Unlike other respected tournaments, you can only qualify in ADCC by getting a direct invite or winning the European, North and South American, or Asia & Oceania ADCC trials. Each region is filled with many talented and high-level grapplers looking to make a name in the sport.

The History Of The ADCC

The ADCC World Fighting Championships organization and competition was the idea of the son of the former leader of the United Arab Emirates, Sheik Zayed, Sheik Tahnoon Bin Zayed Al Nahyan. He was completing his advanced studies in the USA at that time.

After watching the first UFC in 1993, Sheik Tahnoon became a fan of MMA and started training in BJJ in California shortly after. He returned to the UAE after finishing his studies with the vision and goal of implementing martial arts not only in his country but also to create a standard where all grappling martial arts will be measured.

The original idea of the ADCC was to amplify MMA training with different martial arts like BJJ, Judo, Wrestling, Sambo, Kickboxing, and Boxing. As the president of ADCC, Sheik Tahnoon explored various grappling martial arts styles.

He came up with the idea of creating a competition: put different types of grappling martial arts to settle whose style is the best, establish a neutral set of rules where all sorts of submissions are allowed, except spinal attacks. In 1998, he created the first ADCC tournament and invited the best practitioners of each art to fight without strikes. Thus the premier submission grappling tournament was born.

Why Is The ADCC Submission Fighting World Championship Important?

The ADCC World Championship happens every two years, where grapplers compete for the top spot. Because of the recent pandemic, the supposed 2021 ADCC was moved to this year, 2022. Unlike other top grappling competitions where brackets are separated by age, ADCC has no age divisions. There are five weight classes in the male category and two for females. The male category starts from the lightest, under 66 kg, followed by under 77 kg, under 88 kg, under 99 kg, and over 99 kg. There also comes the absolute division for the male category, where weight classes don’t exist. In the female division, there are under 60 kg and over 60 kg with no absolute division.

What makes it super exciting is the inclusion of the “ADCC Superfight”, where two of the best grapplers (the current champion and previous absolute winner) fight for the championship spot, where the winner defends the title for the next ADCC event.

It is critical for grapplers to train extensively, both physically and mentally, to prepare for this competition, as it is not an annual tournament. It is important for athletes to stay healthy and be in their best physical and mental condition leading up to the event.

The ADCC allows unknown talents from different parts of the world to showcase their high-level grappling skills and compete against the best in their divisions. Many legends built their careers competing in ADCC, some as an extension to their reputable gi BJJ resumes, and others to exclusively focus on submission grappling.

Today, many grapplers find success competing in superfights, Combat Jiu-Jitsu, and MMA. Now more than ever, grapplers focus most of their training on developing their no-gi BJJ. Submission grappling is quickly growing, along with many rising stars looking to build the sport in the next few years.

A Glimpse Of The Current Meta

The exciting thing about the ADCC is that it is a glimpse of the current meta in submission grappling. The techniques you see in different gyms have been tested before they become relevant. The current meta seems to revolve around wrestling to get the top position and pin the opponent.

Other staples include variations of open guards like the butterfly and single leg X guard, back entries, and of course, leg locks. Some of these techniques will come and go, but the sport as a whole will move forward as new superstars take over. This is how the sport grows.

The Future Is Bright

The sport is constantly evolving, with athletes getting stronger and sharper with their techniques. Nowadays, staying competitive at a world-class level is difficult if you are not a full-time athlete as the sport grows so fast. If you plan to make a career in ADCC, it is best to start as early as you can and stay up to date with the current game.

With the explosion of many young stars such as Mikey Musumeci, Nicky Ryan, Mica Galvão, the Ruotolo brothers, Roberto Jimenez, and Cole Abate, it is without a doubt that the future of submission grappling is bright and in good hands.

Watching this year’s ADCC is a must for fans of submission grappling. The quality of the competitors is the highest it has ever been and will guarantee very high-level matches in all divisions.

The long list of ADCC champions serves as a history tour and inspiration for those striving to be champions themselves. Once again, we are about to witness history as the ADCC Submission Fighting Championship returns to find out who is the best submission grappler in the world.