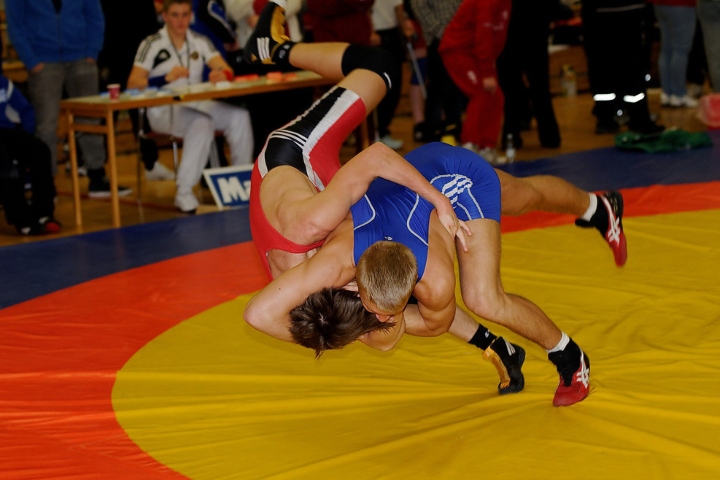 Training no gi is a fan-favorite for a lot of BJJ athletes. And not just because of the ground game; but also because of the fact that the stand-up game is sometimes easier, faster, and more intuitive than its gi counterpart.
Nevertheless, no gi stand-up can still be quite challenging. That’s why it’s important to learn some essential throws and takedowns – which don’t require too much risk on your behalf and which have a high percentage success rate. For example, the Head & Arm Throw.

This Head & Arm Throw setup is done from a situation where both you and your opponent have Collar Drags established. However, instead of grabbing to the outside of their arm, you’ll go for an underhook on it; “swimming” your arm all the way across their upper back and then gripping your other hand with it, over the back of their head.
From there, drive their head into your chest area. This is to ensure that they’re close enough to you for a successful throw.

At this point, you’ve completed the majority of your setup. All that you have to do now is step in, pivot with your hips, and throw your opponent with a slight variation of a Hip Throw.
Watch how to do that on the video below: