The Half Nelson Choke From the Back Will Surprise Your Opponents 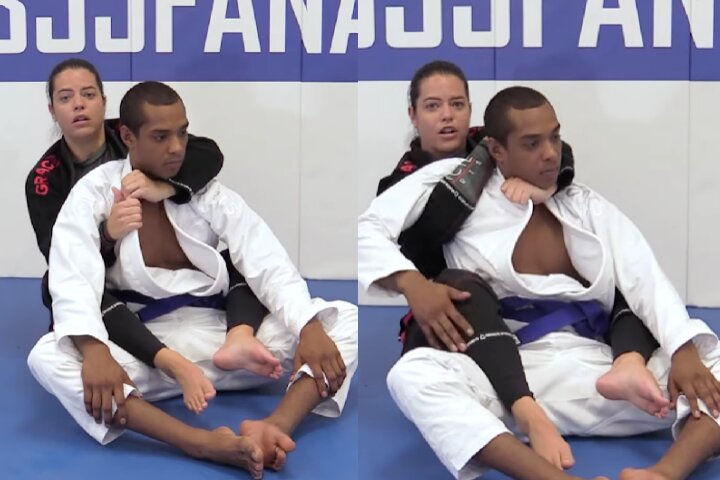 Taking someone’s back in Brazilian Jiu-Jitsu is the ultimate transition. That is, it’s the hardest position for your opponents to escape from; so, it’d probably make sense for you to try and drill backtakes and submissions from the back a bit more frequently than you’re doing right now.
But here’s one other important reason why “working for the back” will work wonders for your BJJ – it’s because it’s fun! There are so many submission variations from this position that you’ll never get tired of finding new ways for making your opponents tap out… Such as, for example, by using the Half Nelson Choke.

Here’s how to set this submission up, as explained by Deborah Gracie Stambowsky.

HALF NELSON CHOKE FROM THE BACK

Once you have the opponent’s back, it’s important that you first establish control. This is most often done via the seatbelt grip; and you’re going to do the same thing now.
After establishing the seatbelt grip, you’ll feed the opponent’s collar to your cross grip. Make sure that it’s deep enough and that it isn’t loose – otherwise, your choke will fail for sure.

From there, you’ll “push” your other hand as deeply as possible underneath the opponent’s armpit. Then, use that hand to clasp the back of their head and arch your back while tightening up the collar… And you’ll get the tap!
Here’s how Deborah Gracie Stambowsky does the Half Nelson Choke from the back:

Also, here’s a great way of using the Half Nelson to set up a backtake itself (from Turtle):