The Great Division in Modern Day BJJ: Where is it All Going? 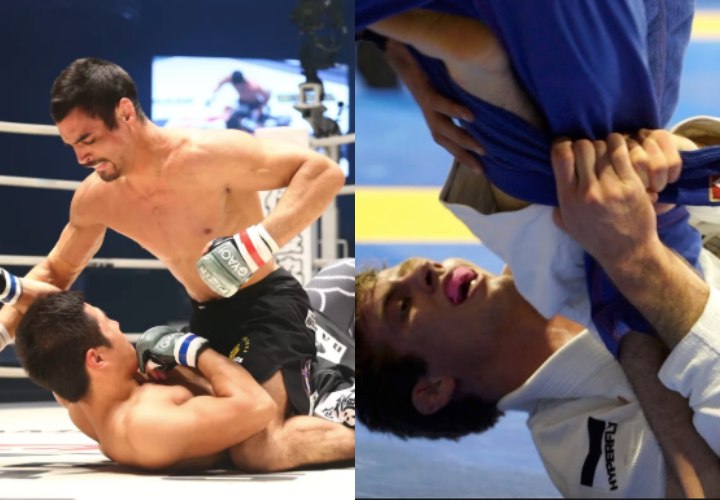 In todays world of divisiveness between politics, religion, healthcare and   pretty much everything else Brazilian Jiu-Jitsu cannot escape its practitioners strong opinions stirring amongst the avid Social Media keyboard warriors. One popular dispute is the value and necessity to teach self-defense as a focus or even at all to the students on during their BJJ journey. As does everyone else I certainly have my opinion. I feel it’s important to give some of my background experience and qualifications on this subject:

8 Years experience as a Professional Bouncer

I began training BJJ in the early 1990’s under the Gracies who developed this style. It was designed specifically for self-defense using leverage and position to defeat a larger and stronger opponent. The UFC was developed by the Gracie family to show its effectiveness in a “real fight”. Over the past 25 years BJJ schools have been popping up on every street corner.

What is shocking to me is the direction it has taken. I would say from my experience less than 5% of the schools today have little or no emphasis on even basic self-defense. In the past decade that I’ve owned my own Academy I have never had a student walk in and tell me they want to learn how to score points in a tournament. It’s almost always that they want to learn how to defend themselves and get in shape at the same time. I assume this is the same answer most instructors get as well and what’s most troubling is the students are being misled.

I have personally been in dozens of confrontations, street fights and Vale Tudo fights and I can tell you Sport Jiu-Jitsu absolutely does not prepare you for a street fight and as a matter a fact could possibly be counterproductive in some circumstances where a Sport position could get you hurt worse than someone defending themselves using natural instincts.

I want to make it clear that training in a “Sport” does not translate to “Self-defense” and really neglects the “Martial” aspect of what BJJ was created for and designed to do. Training the sport aspect is perfectly fine but only a very small portion of the true BJJ and certainly no more of a Martial Art than is Wrestling, Rugby or Sumo. If you don’t train to throw or defend strikes how can it be considered self-defense? A complete self-defense system, which original BJJ proved itself to be, allows its practitioner to be competent in all aspects of a street fight.

Limiting your training to only the Gi is also unrealistic. I haven’t seen anyone in the street wearing a Gi in recent years. Your Gi grips to control, throw or choke your opponent will not work with regular street clothing and will put you in perfect range for your opponent to hit you. Also the pace in the Gi is typically more slow and methodical. A fight is just the opposite. Its fast and aggressive, which would throw off the timing for a typical Gi student as well as compromise their cardio due to the faster pace than how, they train.

If your only goal is to solely compete in tournaments then find a school that has a strong competition team and do your thing. If your goal is to learn the true Brazilian Jiu-Jitsu and all its aspects to be a complete Martial Artist and perhaps one day an instructor you need a strong base in self-defense. When you search for an Academy for yourself or your children I recommend you follow this checklist in your search:

Do they train No Gi at least half the time?

Do they practice clinching off punches and kicks?

Do they teach takedowns and throws without the Gi?

Do they teach basic striking on the feet and ground?

Do they teach striking defense on feet and ground?

Do they teach standing self-defense from a grabbing attacker?

Do they teach about how to control range?

Do they focus on basic core techniques or flashy multiple step techniques?

Do they incorporate striking into class on a regular basis?

Do they have you train with student

If they don’t teach these aspects it is not a self-defense oriented school. Walk out and try another. If the instructor tries to tell you all BJJ is the same…run out.