The Fastest Way To Get Your Blue Belt in Jiu-Jitsu 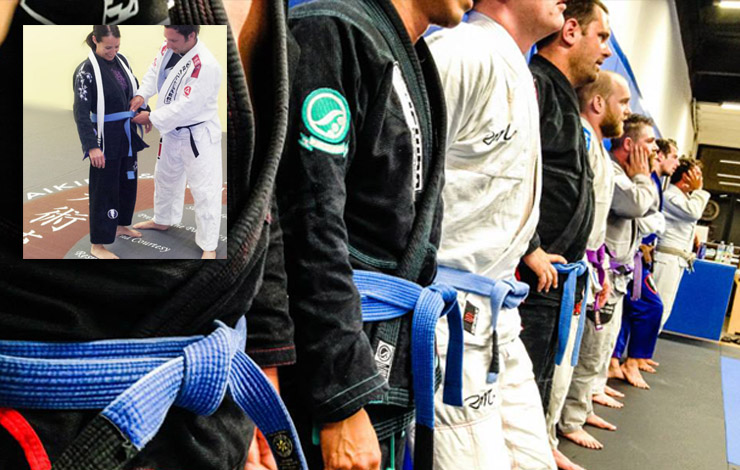 Jiu-Jitsu doesn’t have a unified criteria so getting to that coveted next level is in no way easy. What you often hear is “train more”. Training is a necessity but there is such a point as overtraining and of course information overload.

Think of it in terms of general education: students are rarely expected to learn more than 5 to 7 new concepts in a class. In fact even this would be stretching it. And in jiu-jitsu you’re not only learning but also applying concepts in live combat. Given this a structured approach is much better.

Just the other day one of are many readers wrote us in with a question: “What’s the best instructional for a beginner? ”

Even this is a complicated answer. At those starter levels it’s much more about those a-ha moments where a movement simply clicks in someone’s mind – something you can use in a variety of situations as well as a general principle of the thing. Informational overload will never get you as far as keeping your elbows glued to your body will.

“Train specifically to make the success of your movements easier. From white belt to blue belt what you’re focusing on, first, is awareness. What’s going on, why am I falling, am I falling. And blue belt is mechanics. Learning how to create mechanical strength instead of physical strength and recognizing the difference between the two. So when you’re approaching blue belt you know steps for each technique.”

“Instead of just doing 1000s and 1000s of reps it’s that every single step, to be able to accomplish the goal with more ease and less strain.”