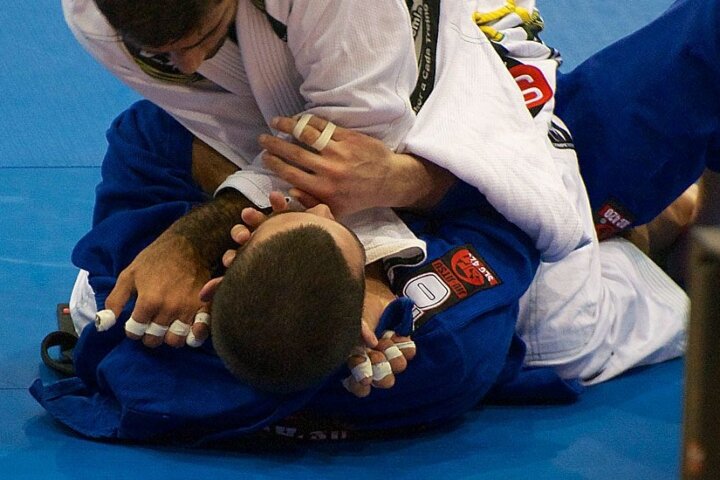 If you think about the sheer volume of techniques that you would learn in your Brazilian Jiu-Jitsu journey, it seems impossible to remember all of them. Trying to remember them at the right time during sparring seems even more difficult! Summoning that one detail at the right time could mean the difference between victory and defeat so here are some tried and tested methods to help you remember those precious pieces of information:

It would be fair to liken learning BJJ to going to university. You learn so many new things every day and have to remember them for exams (sparring). So what do you do? You note everything down. It’s the simplest way to keep a fairly complete record of what you’ve learned. And not only that, taking notes also forces you to develop an instinctive eye for detail and makes you review the techniques through visualization. Here are some essential tips for taking notes:

For more complex techniques, it may be better to record them on video. It would be great if you could video your instructor during every session, but not all instructors welcome this. So one great way around it is to video yourself and your partner reviewing the techniques. Do it right after class while the details are still fresh in your mind!

3) Repeatedly drill the techniques with a like-minded partner

“Drill to kill” is a phrase commonly tossed around in BJJ and for a good reason. Keeping a record of everything you learned and remembering them when you need them against a resisting opponent are two separate steps and drilling helps bridge this gap. What drilling does basically is it makes you comfortable doing certain movements so that when you are in a similar situation later on in sparring, you naturally apply the movement without thinking. You’re doing it because it “feels” like the right thing to do at the moment. The key to repetitive drilling is doing it slowly at first to ensure that all the details are applied flawlessly and then faster later on. Find a partner that believes in the concept so that it is reciprocal and you can comfortably take up each other’s time. Also, be sure to point out each other’s lack of detail during the exercise; there’s nothing worse than drilling the technique wrongly and developing bad habits that are hard to break.

BJJ is as much of a mental game as it is a physical game.

Not everyone is lucky enough to find a partner willing to drill after class or has time to drill at all. For this group of enthusiasts, one great hack is visualization. Visualization is when you go through the motions of the technique step-by-step in your mind’s eye using a first-person view. It has been proven effective time and again in scientific experiments, the most famous of which involve basketball free throws. One group practiced daily over a number of days, one group visualized themselves shooting free throws successfully over the same number of days, and one group did not practice at all. Surprisingly, the group that used visualization showed almost as much improvement as those that physically practiced free throws! Imagine the potential of this – you could double your training time and squeeze it in during idle periods, such as your morning commute!

5) Practice the technique on lower belts

You won’t perfect a BJJ technique right away, be patient.

One of the most important ways to remember a technique is positive reinforcement; in other words, your subconscious has to know that it works. Ever wondered how a certain move became your favorite? It was basically reinforced by successful early attempts that made it muscle memory until your confidence in the move grew to the point where your body would take you to positions leading to it.

Remember how we are often advised to spar with someone less skilled, someone of equal skill, and someone of higher skill in every session? This is one of the reasons sparring with less skilled partners is important. While your timing and set-ups are not yet refined, you will need to test new techniques and gain confidence in them before trying them in spars with higher belts where the cost of making mistakes is much higher.

One caveat though is that you may find applying a technique learned today difficult to apply even to lower belts during the same class – this is because it is still top of mind for everyone. So take note of the technique, drill it with a partner, visualize it before coming to the next class, and then in the following sessions, practice it when sparring with lower belts.

We mentioned earlier that a large majority of techniques that you learn today will not suit your style right away. And this is often why many students discard or forget techniques. One way to make it easier to remember a technique is finding an entry connected to your current game. For example, your instructor may teach a loop choke from closed guard, and you don’t really use closed guard – try asking your instructor or research online for setups you can use to apply the position from open guard instead. Making the technique more practical for you will make it easier to remember and will give you many more opportunities to practice and refine it.

When you attend a BJJ class, you should make every effort you can to make the most of the class. This means being 100% present each session and remembering to do all (if not some of) the above.