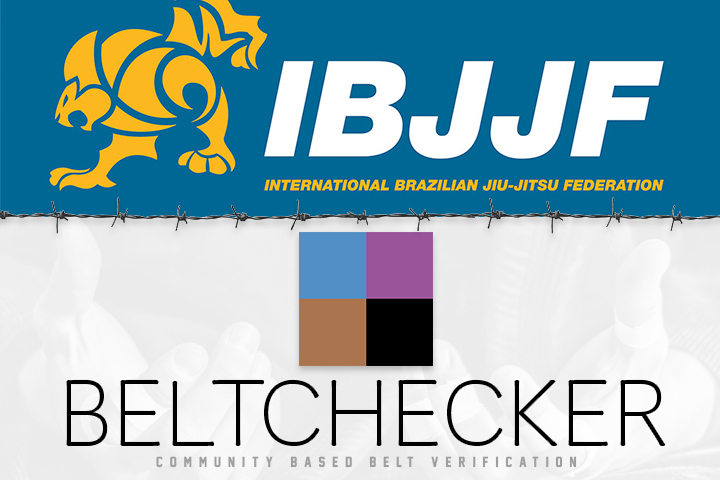 It is revolution time in the world of Brazilian Jiu-Jitsu! Just like with every other revolution in history, it only takes one spark to start stirring things up against a monarchy. Medieval metaphors aside, the IBJJF (International Brazilian Jiu-Jitsu Federation) has been running the show long enough. Whether or not we’re thankful for what they did so far is a subject for another day. At the moment, though, the uprising towards a more democratic state of events in Jiu-jitsu led by Beltchecker seems like a far more attractive option! It’s on!

Beltchecker is a community based online database that allows people from the Jiu-Jitsu community to verify (or dispute) someone’s belt ranking by voting. In fact, it was created and built by volunteers from the BJJ community itself. It doesn’t really get much more democratic than this, does it? The service is free and so far has more than 15,000 registered profiles on it.

How does it all work? To begin with, you register a profile on the Beltchecker site. You will be asked to confirm your profile ID, as well as your full belt promotion history to even be considered for verification by other users. Once you have that, it is all about the points.

You get points from other people on the site that have already been verified. The higher your rank is, the more points verification will require. Once you are verified, you’ll be able to vote yourself,  and help verify others. You can check out more of the specifics by visiting the site.

Oh, and you can export the profiles of your friends as a deck of playing cards. How cool is that to have as a pastime during the battles of a revolution? 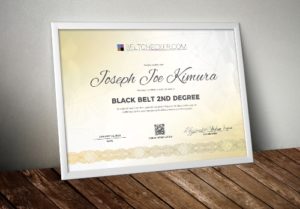 In terms of verification for new black belts and lower belts, a signature from an IBJJF certified black belt with a valid membership is required. Oh, and all the membership and certification fees, of course. And still, a fake black belt can sneak in here and there, getting their certificate, which they get to keep even if they are later uncovered somehow.

Revolution time! The IBJJF empire just got challenged about the way it is running things by the smaller, but very potent and trustworthy Beltchecker. So far, there has only been one way of verifying that someone is a black belt – the IBJJF’s way. Anyone looking to get certified for registering an academy, being able to promote others, compete, or whatever other reason, had to go through the IBJJF system.

Beltchecker’s revolutionary spark provides two major alternatives to IBJJF’s profit-driven practices. First, you will get verified in a surefire way by people from the community, that have been verified themselves. The higher the belt rank, the more votes from verified people it will require. This really helps to weed out potential fake black belts. Verification is always “live” meaning that even verified profiles can be called out at any time if something suspicious comes up. This would lead to a downvote from the community and their profile can get disputed, keeping everyone in check. Second, the whole thing is free. 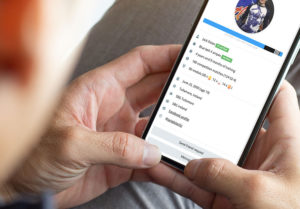 Of course, the powers that are won’t want an alternative like this. In every monarchy, thinking outside the box is dangerous and comes with a reprieve. However, that just makes Beltchecker’s democratic options that undermine the leachy business model of the IBJJF much more attractive. With over 15,000 profiles in just under a year of existence and the support of the people behind it, I’m definitely seeing the scales tip towards Beltchecker in the not so distant future. But there are still battles to be won.

As of late, Beltchecker has not just grown in popularity among the BJJ community. Just like with every vocal protestor against the injustice of the “ruling class”, there have also been other types of attention being drawn by Beltchecker.

Lately, the Beltchecker website has been fighting another battle parallel to the main one of belt verification in Brazilian Jiu-Jitsu. There have been consistent hacker attacks, coming in an organized and professional fashion. When it comes to pulling a regime from a throne, there will always be those that will oppose such a big change in the current state of affairs.

“We’re facing some challenges with hacking attempts daily. But we are constantly working behind the scenes to keep the site safe and secure”, says Eric Lubow, one of the security engineers and volunteers responsible for Beltchecker.

Every system needs a change, especially when it doesn’t fit the need of those it is intended for in the first place. That said, we do need a system. We need rules. It is not about anarchy and tearing down everything that is in place, or we wouldn’t have belts in Jiu-Jitsu. But then, we’d just be catch-wrestlers with fancy clothes. What it is about is evolution, and making the system work for the people. Even better, let’s make the people be the system and run it. That’s exactly what Beltchecker is offering.