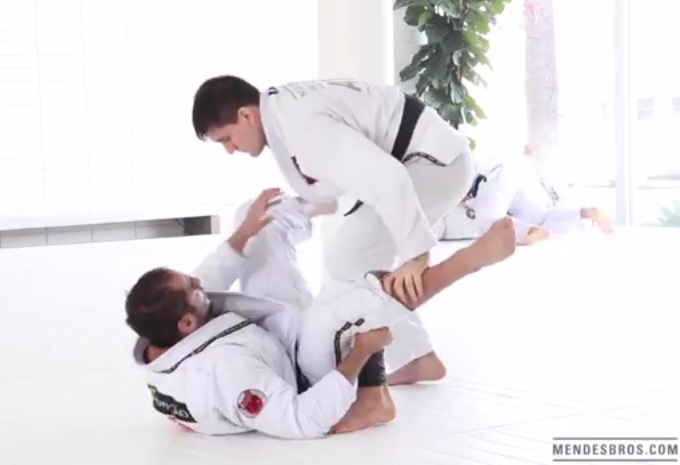 Last week, Rafael Mendes published a video of him training with 2014 Pan Super heavyweight champion Luiz Panza. In the roll at the Art of Jiu-Jitsu academy, Panza apparently seems to be rolling lightly working his open guard , while Rafael is going much faster and end up submitting Panza twice, even though he is almost 30 kgs lighter. Filming visiting BJJ stars is a common practice in the AOJ academy, just like at Marcelo Garcia’s academy. The problem lies in the time of publication of the video. The roll happened in November 2013 after Panza was visiting, however Rafa published the video one day after Luis Panza became super heavyweight champion at the IBJJF Pan Am in 2014 . It seems that Rafael Mendes may have chosen this date to publish the video to prove a point or for marketing for his academy and online academy. 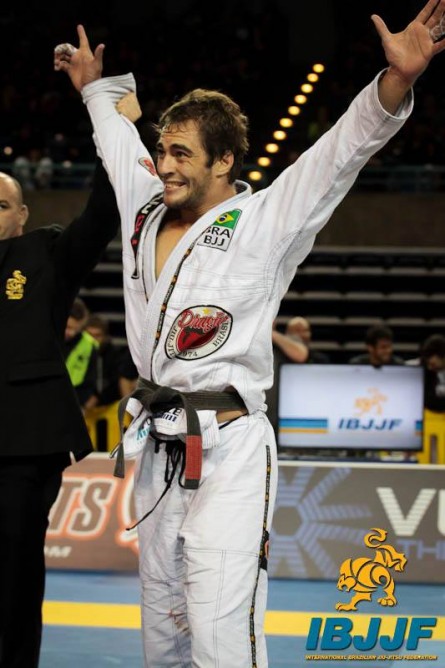 ” … Panza’s camp for Pan was done in 2014 in Sao Paulo under the command of Master Barbosa and final adjustments were at Black House in Redondo Beach with Murilo Santana , Filipe Matos , Edson Oliveira , Andre Simoes , Arnaldinho and Joao Chiozzi . Moreover , it was convenient part of Mendes posting the video ( held in November 2013 ) and after Panza became the Pan champion in March 2014 . Panza was rolling light, without putting any pressure and not going for his trademark foot attacks. ”

“You will never see Rafa losing in  these videos . I trained with him , recorded , but I think this video will not be published ”

Panza did not comment but indirectly replied to Mendes by posting a video of a fight in 2008 where Cobrinha defeated Rafael Mendes with total domination.

Cobrinha then shared the video on his page.

Rafa immediately responded , posting the same video with the caption:

“Really happy to have the opportunity to watch this fight and see how much my Jiu Jitsu has improved since my first year as a black belt. It was in 2008, I was 19 years old and recently received my black belt. I beat Mario Reis and Michel Maia on that weekend and lost the finals against Cobrinha 5-2. It was the only time that someone passed my guard in the black belt division. After this tournament I went back to the academy and trained really hard to fix my mistakes and overcome that situation. People see you winning and they think life is always easy for you, but the defeat is what makes us stronger and makes us realize what we need to work on. Losing is not the end if it can’t keep you down. Never let people tell you that you can’t achieve something, never tell yourself that you can’t beat someone. After this match I was able to beat Cobrinha 8 times (he won 3 more) and he’s still my toughest opponent to date. OSSS”