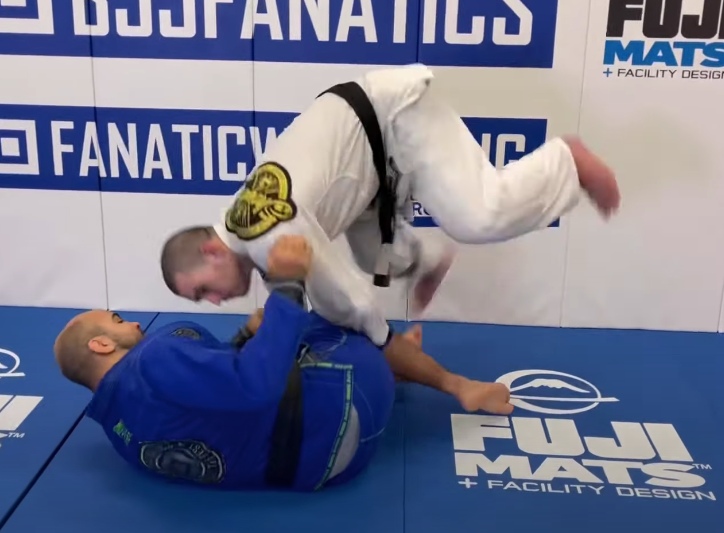 If you’ve been watching high level BJJ competition matches for a while, you’ve probably seen that a lot of the top ranking jiujiteiros frequently change directions when they guard pass, going left-right-left-right-left… Until they finally execute the pass. But, why do they do this?
Andrew Wiltse– and the details that you can use to make this principle work for you.

Andrew starts off by saying that there’s much more to this approach than meets the eye: it’s not just about „moving back and forth“ and then doing your guard pass.
Essentially, what you want to accomplish has to do with the goal of having your opponent’s hips face away from you when passing their guard. In simple terms – you are looking to make your opponent overcommit to recovering his guard, so that you can then pass to the other side.

In this video, Andrew Wiltse from Daisy Fresh BJJ series, shows some great guard passing concepts that he calls Buzzsaw. The concept is to always attack first, bever accepting any of your opponents guard grips. He also shows how he anticipates his opponent recomposing guard by switching sides Faster.