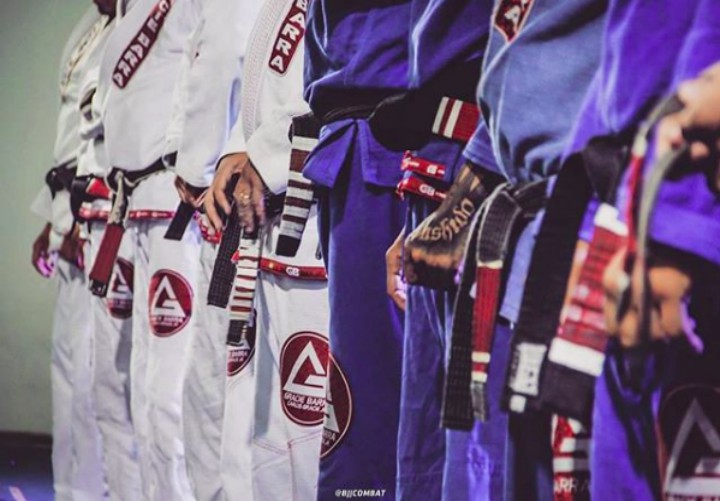 Want to become a BJJ black belt? Fair enough – but almost every Jiu-Jitsu athlete wants to become one. Therefore, the question shouldn’t be if you want to be a black belt, but it should be: „Are there any reasons so as to why I won’t become a black belt?“

Can’t think of an answer? Here are the 5 most common culprits for why you’ll never tie that black fabric around your waist.

Hands down, one of the most common reasons will be because you skip training way too often. That is: while you’ll have to skip an odd training session every once in a while, if you aren’t rolling more often than you are… Your progress will encounter some serious stalling.

Therefore, you should make a following rule and agreement with yourself. „If I seriously can’t train – if I’m injured, too fatigued, have an important event… Then I won’t head to the academy. But if I just don’t feel like going, or if I’m mildly tired, or similar – then these are all excuses and I will not listen to them.“

Consistency and mat time are the single biggest contributing factors to your (lack of) improvement. Refine them as much as possible.

YOU’RE INJURED WAY TOO MUCH

If you get injured a lot, then here’s some bad news for you: it’s not just that these injuries will accrue over time and pose problems as you get older, but they’ll make sure that you never become a black belt as well.

More injuries means less time on the mats. And, as it’s been said previously, less time on the mats is a death sentence to your grappling skills. Therefore, it’s vital that you start treating your injuries seriously.
Visit a doctor and engage in rehab exercises. Schedule prehab exercises in your workouts during the week as well, as they’ll keep you as healthy as possible. (Focus especially on the shoulders and knees).

Listen. If you’re just moving through each training session as a means to an end… Then you won’t find yourself reaching your next belt – let alone the black belt – any time soon.
You’ve got to have goals when you train. You have to set your markers for success, for a given training session. For example: you can set a goal of submitting five people with the Rear Naked Choke in your next 10 training sessions. Whatever the goal is, though, just make sure that it’s concrete, reasonably achievable, and time-restricted.

Setting goals means that you know what you’re aiming for. And that will often mean that you’ll fall short of your aim.
But that’s nothing in comparison to what will happen in the long-term if you don’t set goals at all.

YOU’LL BE TEMPTED TO QUIT…

… More times than you can count. But that’s normal. The problem becomes when you take these temptations seriously – when you let your BJJ boat be rocked much more often than it needs to be.

The truth is that everyone goes through periods of „not liking Jiu-Jitsu“. In those moments, it’s extremely important to just shut off your brain and keep going.
Why? Because those periods will pass. And then you’ll be happy that you kept going.

YOU’RE FOCUSED TOO MUCH ON THE BLACK BELT

And lastly, if you’re focused too much on getting that black belt… You won’t reach it simply because you’ll get demotivated by how long it takes to get it.
It’s important to just keep training. To have fun, to focus on learning new things. If you do that, you’ll get all of the belts you want.