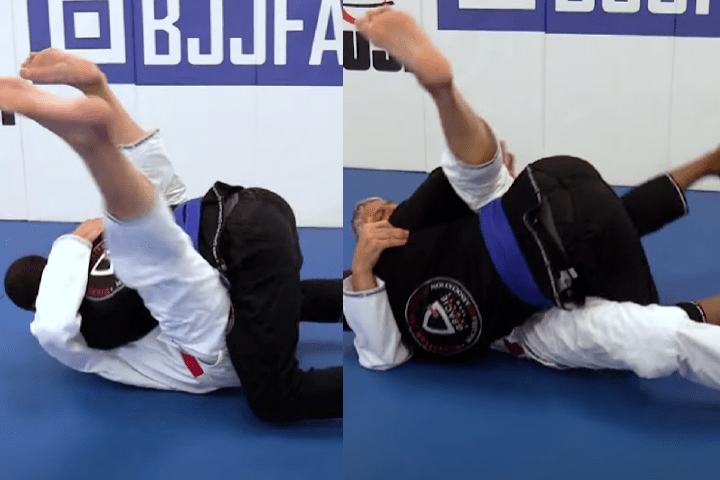 There’s no denying it: sweeping people from Closed Guard can sometimes be surprisingly difficult. Especially as you climb through the ranks and as your opponents become more skillful in countering your attempts. So, when things aren’t going your way, perhaps it’s time to change your approach.
And no, “changing your approach” doesn’t necessarily mean that you should resort to complex techniques. Rather, it may be the case that you ought to look for old school sweeps… Such as the Big Brother Sweep.

Marcio Stambowsky, an 8th degree coral belt and one of the “Famous Five” men that’ve been promoted to black belt by Rolls Gracie, demonstrates how to set up this technique.

To begin with your setup, you’ll establish a cross-grip on the opponent’s sleeve. With the other hand, you’re going to grip their gi material on the back of their tricep or on the back of their shoulder.
From there, you’re going to lift your legs up and use them to pull your opponent towards yourself; while simultaneously dragging their arm across your torso. By doing so, the opponent will land on your torso with their arm stretched out across it – which means that they won’t be able to use it to post once you go for the sweep.

And that’s exactly what you’ll do. Stambowsky explains that you’ll open up your legs and sweep your opponent with a sort of a “windmill” motion. Check out how to do this on the video below: 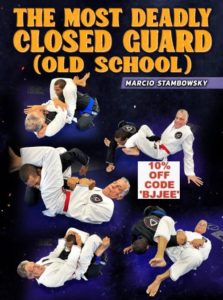