The Best Martial Arts For Self-Defense On The Street 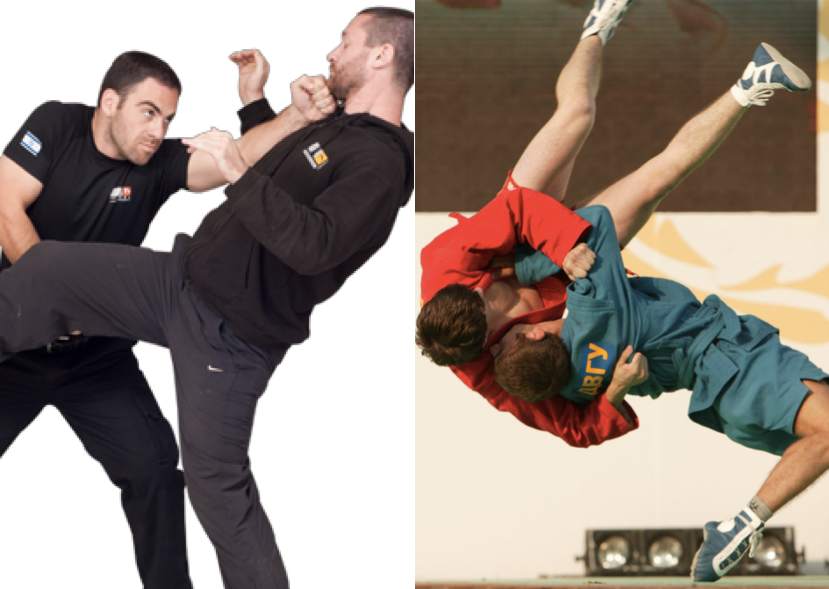 It’s no secret that learning a martial art is a hugely rewarding endeavor that can improve your fitness and discipline, as well as improve your mental and psychical toughness. What you learn in a martial arts class will no doubt give you the edge against an average Joe, though it’s not recommended that anything you learn in the martial arts gym is tried outside of training unless you are under physical attack.

Unfortunately, there is an ever-present possibility that you may find yourself in a situation where you have to defend yourself, be it against a drunk at a bar, or a home invader. If violence can be avoided, it absolutely should be. There’s no shame in fleeing the scene if escape is an option, especially when the alternative is to kill or be killed.

Sometimes, however, running is out of the question, perhaps you have loved ones you need to protect, and you have tried to defuse the situation with words only to make things more heated. Sometimes a fight is unavoidable, and for that reason, we will be looking at the best martial arts for self-defense scenarios.

The fact is most fights start on the feet, and if you are proficient in striking, there’s a good chance it will end on the feet, at least for you anyway. A drunk looking for a bar fight isn’t likely to be a seasoned martial artist; if they were, they would likely exercise more self-control. Street fights are often over within a few seconds, it’s highly unlikely your average bar drunk could keep up with an athlete’s fight pace for more than a minute.

If you are a boxer, rest assured the fight will likely be even shorter for you as most people haven’t felt the power of a well-trained punch. A good jab alone is usually enough to put the fear of god into a clueless attacker. Boxing is a good base martial art to learn, as it teaches you how to throw punches correctly, as well as how to react when they are thrown back at you.

The ability to block, roll and slip punches is invaluable, and will soon have your opponent feeling as though he is out of his depth fighting you. Keep in mind that boxing doesn’t train you to defend kicks and takedowns, so ensure you use footwork and keep the distance from your attackers. If you’re a kickboxer, a well-placed head kick will usually end most fights.

Speaking of kicks, Muay Thai is a great martial art for all-around striking, with the Muay Thai shell guard helping to keep you guarded against most forms of attacks. Having your lead leg on standby to check any low kicks, combined with the ability to throw elbow and knee strikes, will give you an added advantage at close range.

The aggressive clinch tactics of Muay Thai fighters will help you to stay in control even if somebody grabs you by the shirt, and you can also use throws and sweeps if you need to take somebody to the ground and disarm them. For these reasons, Muay Thai is perhaps the most well-rounded striking martial art you can practice.

Unfortunately, the gap being closed is a very real possibility as there is a strong likelihood you will be jumped on. For this reason, it pays dividends to have at least some knowledge of a grappling-based discipline. Yes, fights tend to start on the feet, but often they go to the ground. The ability to tie your attacker up in a knot may well save your life.

Having basic wrestling ability will help you control and dominate your attacker should the fight go to the ground. Providing it’s a one-on-one scenario, a good wrestler will easily overpower somebody with no experience who is of a similar or smaller build. It also teaches you to defend against takedowns, which will come in handy if there are multiple attackers, saving you from ending up getting kicked about on the floor.

Should your opponent be much taller than you, experience in Brazilian Jiu-Jitsu will (BJJ) give you a massive grappling advantage if the fight goes that way. Knowledge in BJJ will allow you to apply a variety of locks and holds, making it a great way to disarm people. An armlock, for example, could be used to force the attacker to drop his weapon. BJJ focuses on using technique and leverage to defeat a bigger and stronger opponent. This can be a huge equalizer, especially for smaller people and females. Someone who knows BJJ has a huge advantage over someone who doesn’t in a fight that goes to the ground.

The reality is any amount of knowledge and experience in a martial art will give you a huge advantage against an unsuspecting foe. Remember that in a fight, anything can happen, so even if you strictly train in one discipline, it’s good to have a bit of experience with different martial arts to make you ready for anything. Knowing martial arts is the best way to increase the chance of staying safe on the street.

At the end of the day, it’s not as much about the effectiveness of the martial art you practice, but about your ability to apply what you have learned in an actual self-defense scenario. Hopefully, you will never need to use anything you learn in a life and death situation, but it’s always better to have the skills and not need them than the other way round.

Above all else, remember that practicing a martial art will turn you into a lethal weapon, therefore, it’s always better to walk away when possible.

So even though you may never find yourself in a self-defense scenario on the street, learning martial arts could one day save your life. Equip yourself with this vital knowledge by starting your martial arts journey today!