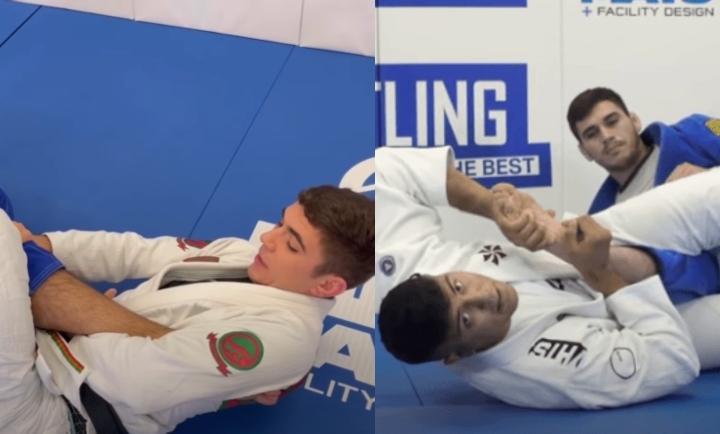 Gi training is often quite different from NoGi training. The multitude of grips can be taxing but it can also be of help. It all depends upon the practitioner. These are some of the most exciting leglockers of today who don’t let the Gi deter them in their desire to own the leg of an opponent.

While the heel hook and the reverse heel hook are now legal under IBJJF Gi ruleset at black belt adult level, there are players who managed to do great with everything from straight foot locks to toe holds, Estima locks, to knee bars in the Gi!

The Estima Brothers are some of the most prominent leg lockers of today, they even have a technique named after them – the Estima lock. Estima lock was born out of a sparring session between Braulio and Victor in preparation for ADCC 2009. Previous to that, Victor was not known for foot attacks. Braulio won ADCC proving the position worked at the highest level.

You can also check out Braulio’s Spinning Kneebar from the British Open about a month back.

Rodrigo Cavaca is famous for his botinha (or straight ankle lock/achilles lock) from the 50/50 position. As much as 20% of all his victories have come by way of this technique, being second only to triangle. Cavaca notably finished Roberto Cyborg Abreu in the Over 100 kg division Finals of Worlds in 2010 with it. Most recently he defeated Ricardo Evangelista via Botinha at Worlds 2016 before losing to Faria on Points in Quarterfinals.

Rodrigo Cavaca’s former student Renato Cardoso (who has moved to Alliance) finishes more than half of his matches by either Botinha or kneebar.

Edwin Najmi is a Romulo Barral black belt. He is known for his crowd pleasing playing style oriented towards submissions. Around 50% of Najmi’s matches end in submission. This is why he’s one of the ones to watch! Najmi is no stranger to Estima locks and Toe holds.

Back when we caught up with Najmi here’s how he described his game:

My game is all about being on the attack the whole time, constantly looking for submissions. I’m always looking to finish my opponent from every position. I never go into the match with a game plan to win by points or advantages. If I don’t win by submission, I’m dissapointed and it doesn’t really feel like a win to me. I like to play a lot of spider guard like Romulo. I also like to do a lot of footlocks, de la riva and berimbolo.

Caio Terra is the best in the world when it comes to the very nasty De La Riva ankle lock. He has tapped a lot of good guys with technique (Max Carvalho twice for example). The Caio Terra Foot-Lock, AKA the De La Riva Ankle Lock, is a submission hold that works with the De La Riva hook then isolating the ankle with a straight foot lock. It creates a massive amount of pressure.

Here you can see it:

Luiz Panza is a Brazilian Jiu Jitsu black belt under Marco Barbosa who is one of the top heavyweight competitors of his generation. A former professional model, Luiz Panza traded the catwalk for Jiu Jitsu, turning professional in 2013. Luiz Panza is another notable footlocker from 50/50. The interesting thing is that many consider 50/50 a stalling position but obviously this is one of those things that are more dependent on the player and Luiz Panza has got serious moves from 50/50!

One of the most decorated players in BJJ is also no stranger to footlocks – Michelle Nicolini.

Nicolini has a mean toehold game! It is widely speculated that the toe holds are quite popular in the women’s division because they often train with men most of the time and as such they adapt to any opening that’s given to them.

That takes nothing away from Nicolini who is truly a master in many areas including Spider Guard, single leg x guard and shin sweeps.

Claudio Calasans has been widely regarded as one of the toughest middleweights in the sport. He’s certainly in great company having had the pleasure of training with Andre Galvao, Mendes brothers as well as Bruno Frazatto under the Atos flag. When we last caught up with him we asked him:

When did you start to add footlocks in your game and what do you like so much about them?

A lot of times it is very difficult to just try and pass or sweep, I like attacking different submissions to make my opponent open spaces that will give me the pass or the sweep.

Calasans’ statistic is dominated with kneebars but he’s been known to mix it up and try any type of a leglock you can think of. He notably submitted Romulo Barral via Kneebar at the World Pro earlier this year but he also lost to another member of our list via Kneebar at Worlds.

The aforementioned Calasans lost to another emerging dominant leglocker recently – Gabriel Arges. Arges is another one of Romulo Barral’s blackbelts. Gabriel Arges earned his reputation through impressive fight records during his tenures as a purple and brown belt where he won most major titles. At this past Mundial he has managed to evict Claudio Calasans in the quarterfinals of upto 82kg division. Given how strong his leglock game was throughout the competition we aren’t the least bit surprised he’s one of the announced competitors at Berkut 3 where he’s set to fight Lucas Leite.

Mikey Musumeci is a 3x IBJJF World Champion representing CTA (Caio Terra Association) and is the only American to hold 3 world titles in the gi.

He breaks down the technique here:

In 2020 we`ve seen many new names emerge in the BJJ competition scene, but the one fighter that has stood out and deserves to be called “the next big thing” has be the Six Blades representative Victor Hugo. The 23-years old prospect is undefeated this year and has made it very clear that he is ready for the big game in just two years as a black belt. Despite his major success, Victor is known for his humbleness and “Bushido” attitude which can be a consequence of the years spent under the guidance of the prominent Ribeiro Brothers and Rafael Lovato Jr. If you open up Victor`s Instagram account you won`t see a list of achievements on top, but a simple “I do Jiu-Jitsu”. Hugo is also known for his incredible arsenal of leg attacks. 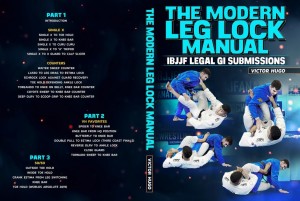