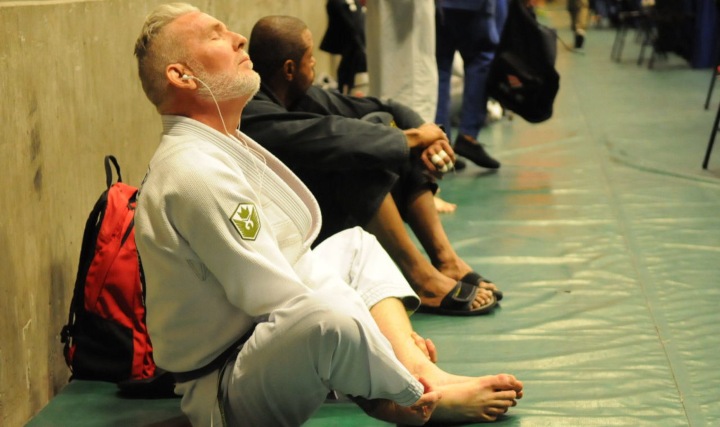 Need some inspiration to fuel your Jiu-Jitsu journey? Check out these gems from various Jiu-Jitsu legends: 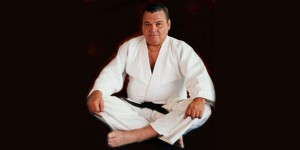 “Never quit, you have to resist to the utmost. ‘Til you drop, like a Samurai”
“My Jiu-Jitsu is completely different from theirs (The rest of the Gracie family), my technique has nothing to do with “Gracie Jiu-Jitsu.” I AM CARLSON GRACIE and that’s the way it is in the ring. Who ever shows up on the way in, is going to have to fight against my fighters.”
“The best way to get a move to work is to make it so uncomfortable that the opponent gives it to you to stop the pain.”
“If you want to be a lion, you must train with lions”
“If your opponent is tapping, your technique is good. If he is not tapping, your technique sucks.”
“Always enter like a kitten and leave like a lion. But NEVER enter like a lion and leave like a kitten. Always be humble.”
”If you can not win, make the enemy pay a steep price for victory”
“There is no reward without sacrifice.”
“You know a thousand moves and you suck at every one of them.”
“Punch a black belt in the face, he becomes a brown belt. Punch him again, purple…”
“‘I am your friend, but in the ring we are enemies and I am going to beat you to a pulp!”- Carlson’s statement to Santana after the Helio fight.

“There is no losing in jiu jitsu. You either win or you learn.”
“Life is yours, do not let life’s problems have other influences on what you believe. See for yourself.”
“You should be a missile and go and destroy your opponent.” 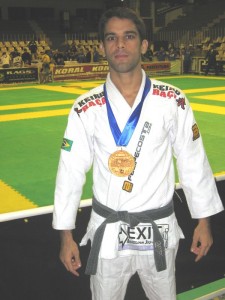 “I wasnt always a champion. In fact, I did not win any tournament until I was a Black Belt”
Felipe Costa, BJJ BlackBelt 2xWorld Champion, who travel the WORLD competing. 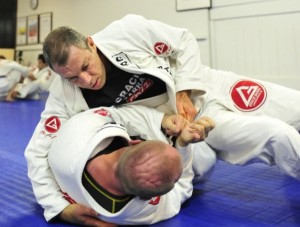 “Discipline and consistency. I owe these two factors all have attained in my life. Things have never happened overnight. Results have appeared as a consequence of decades long toil. It is necessary to persist.”
Carlos Gracie Jr. 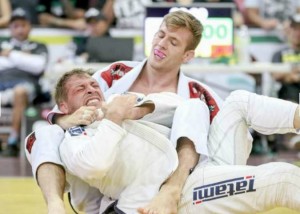 “I drill techniques – my main techniques, my “A” move, my “A Game” sweep, the guard pass and sub I hit the most, over and over again. I’ve drilled them so many times, my body just reacts now. I can go out and let instinct take over. Most of our training is drilling, based on our individual games and what we do best. Before a big tournament I stick to the stuff I’ve been doing, and just drill it to death….If you’re thinking about what to do next, your competitor is already moving to his next move. It’s best to just react and let your body take over.”
Keenan Cornelius – Gracie Mag 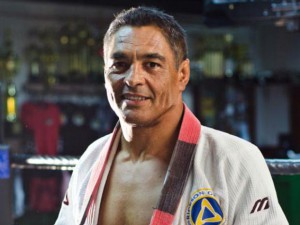 “The most interesting aspect of jiu-jitsu is… of course the techniques are great…but the sensibility of the opponent, sense of touch, the weight, the momentum, the transition from one movement to another. That’s the amazing thing about it. You must allow yourself to go as on auto pilot. You don’t know exactly where you’re going until the movement happened because you can not anticipate what is going to happen. You must allow yourself to be in a zero point; a neutral point. Be relaxed and connected with the variations. Flow with the go.”
Rickson Gracie – “Choke”

“In the fight, only one person can be comfortable. Your job is to transfer the comfortable from your opponent to you.”
Rickson Gracie

“Where there’s discomfort, there’s fear,” he said. “In these very tough positions, you’re in a little piece of hell. And through this daily suffering, you learn to survive in these situations. You have to find comfort in the uncomfortable situations. You have to be able to live your worst nightmare. Jiu-Jitsu puts you completely in the moment where you must have complete focus on finding a solution to the problem. This trains the mind to build that focus, to increase your awareness, your capacity to solve problems. Sometimes, you don’t have to win. You cannot win. But that has nothing to do with losing.” 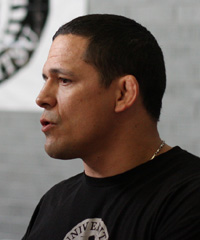 “Jiu Jitsu at the end of the day, is the art of expressing yourself honestly. Every time you put on a Gi, you can’t lie.”
Saulo Ribeiro

“Jiu-jitsu is the gentle art. It’s the art where a small man (or woman is going to
prove to you, no matter how strong you are, no matter how mad you get,
that you’re going to have to accept defeat. Thats what Brazilian
Jiu-jitsu is.”
Saulo Ribeiro

“When you react, you don’t give your mind the time to get filled with emotions. You are devoid of anger, fear, and frustration; you are simply moving.”
Saulo Ribeiro

“It’s not what you’re going to take from martial arts, it’s what you have to give to martial arts.”
Saulo Ribeiro 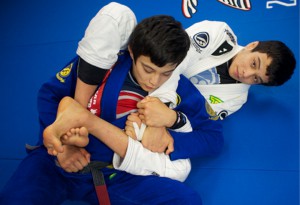 “Nothing is impossible. Life is hard for the lazy.”

“When you feel like judging someone , run towards a mirror. Then you see that you have faults too.”

“The law is to train , train, train – until the lamb becomes a lion .”

“Never let anyone tell you cannot do something . If you have a dream, go after it. There are people who cannot win and say that you also will not win. If you want something, go after it.”

“If you did something really good , you should look to do another wonderful thing, and not settling for that for long . Just find out what will be next .”

“The only thing that stands between a man and what he wants in life is merely the will to try and the faith to believe that it is possible.”

“The master in the art of living makes little distinction between work and leisure , between mind and body, between education and recreation, between love and religion. He simply pursues his vision of excellence in whatever he does , leaving it to others to decide whether it is working or playing . He knows he is always doing both simultaneously.” 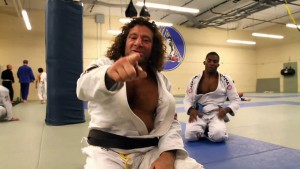 About the 50/50 guard “If do it wrong, you’re getting f*cked. If you do it right, you’re doing the f*cking!”
“you f*cked up a long time ago” and “keep your a*s down, this is San Francisco”
“I have something to show you guys and don’t worry it’s not my dick”
“f*cking white belts…”
“f*ck berimbolos!”
“All white belts are f*cking Retarded Bro” (at seminar in NC he said this a white belt)….”You want me to beat your a*s on film?” (to kids playing loudly in the background)
“If you get caught in this position…Then you f*cked up…”
“Some people call it a baseball choke,but I f*ckING HATE BASEBALL!”
“i could choke a t-rex easy… have you seen his arms?”
“50/50 guard is for faggits!”
Yells at a little kid, “Zeek!! You want me to beat you on film? No?? Then SHUT THE f*ck UP!”
“You have to have good base and posture. We’re in San Francisco. You know what happens to u when. Youre bent over like that”
“You cant do that, youre gonna get choked the f*ck out”
“Go train”
“I’m gonna open my guard but i’m not gonna let my leg fall like this like i’m a prostitute”
(when someone is on your back) “Keep your hands and arms inside the f*cking ride at all times..”
“50/50 is half gay”
“….now your….triple f*cked!”
“50/50 what’s that, half gay” “If do it wrong, you’re getting f*cked. If you do it right, you’re doing the f*cking!”
“I know it’s very fashionable now that everybody’s going upside down, berimbolo, inversions, spinning upside down, spin through the air… f*ck them.”
“Now go train”
“Eating meat gives me tha power to kill!”
“you f*cked up along time ago..”
“It says you’re fat” as I stood on the scale”
“if you punch them in the stomach they will open their legs quicker than a prostitute”
“I got, I got something to show you guys….It’s not my dick. New tattoo.”

“Learning defense improves the attack. I f the lion knows how the prey can escape, it’ll capture it in a much more precise way”
Rillion Gracie

“…look he carry all of my weight. That’s another theory of jiu-jitsu. When I rest I should put him to work so I don’t get tired and he get tired. He spend energy.”
Demian Maia

“My Opponent is my Teacher, my Ego is my Enemy”
Unknown

“Catch him in between the movements.”
Xande Ribeiro

“A black belt only covers two inches of your as* – you have to cover the rest.”
Royce Gracie

“I am a shark, the ground is my ocean, and most people don’t know how to swim.”
Jean Jacques Machado

“The art of Jiu-Jitsu is worth more in every way than all of our athletics combined.”
President Theodore Roosevelt – 1905

“A champion should ask himself: ‘if I were to compete against myself, what would I practice to beat me?’
Leo Vieira