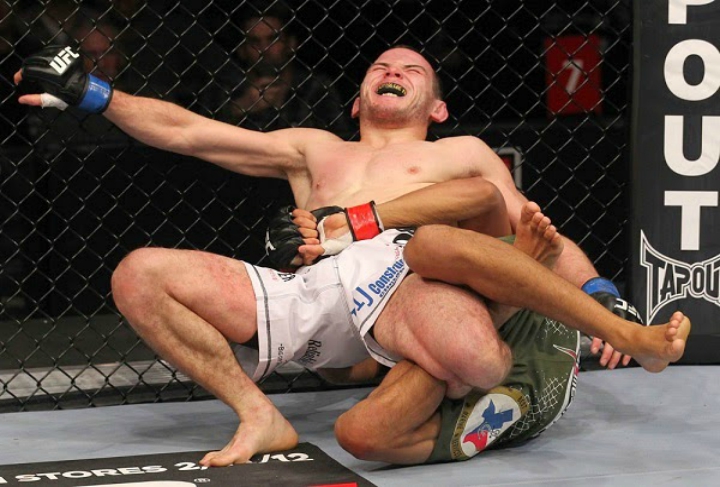 Being ninja-like in grappling is a lost art. Being blatant in your attack is something that happens

all too often, and the agility and sneaky setups have dwindled.

However, today I’m breaking down a leg lock sequence that will be sure to evolve your game!

With an emphasis on variety, this particular setup stresses sneak attacks, and catching your

By implementing this into your game, you become much more dangerous.

Staying Aware of Your Opponents Body

one of the more dangerous setups that you can be in when competing in Brazilian Jiu Jitsu.

While it presents plenty of opportunities to attack your opponent put them on the defensive,

it also puts you in harm’s way—hence the 50/50 name, because you’re just as vulnerable as

As a leg lock junkie, I love breaking down all sorts holds from this position and what you can use

to earn that submission victory. For instance, in this particular Imanari leg lock barrage I

discussed in the video, he originally began working from the inverted position, giving him the

proper positioning to attack the legs.

However, his opponent was super flexible, and was able to withstand the punishment. This

forced Imanari to transition into a few different attempts, culminating in a knee bar submission

the leg lock is to keep their hip off of the mat! As they roll, if they are able to bring their far-

side hip to the mat, then you are now in a position that makes it more difficult to attack with a

Also, you can prevent this from being an issue by simply shelving their far-side knee before they

can roll by placing your foot under their knee. By doing this, your foot acts like a hook of sorts,

making it very difficult for your opponent to roll through the submission attempt.

The beauty of working out of the 50/50 is that it’s a mixed bag, and if you’re on the reciving end

of the position, then you could be hit with almost any type of leg lock, all equally dangerous as

For Imanari, he used three different leg lock variations in this sequence. Originally, he sought

after the heel hook, which is as brutal as they come, but when he found it to be void of

damage, quickly; he transitioned into a toe hold, before rolling through to finish the match with

Using these types of attacks can be beneficial, if you have the coordination and agility to

execute them. In Jiu Jitsu, it’s easy to get caught up in the moment, and begin worrying about

what move is presented at that very moment. Being able to throw off an opponent with quick,

sneaky transitions can lead to easier openings elsewhere, giving you the submission victory in a

Being a quick thinker on the mat can go a long way, and lead to some beautiful BJJ. Next time

you’re on the mat, try to stay one step ahead of your opponent, and be ready strike at a