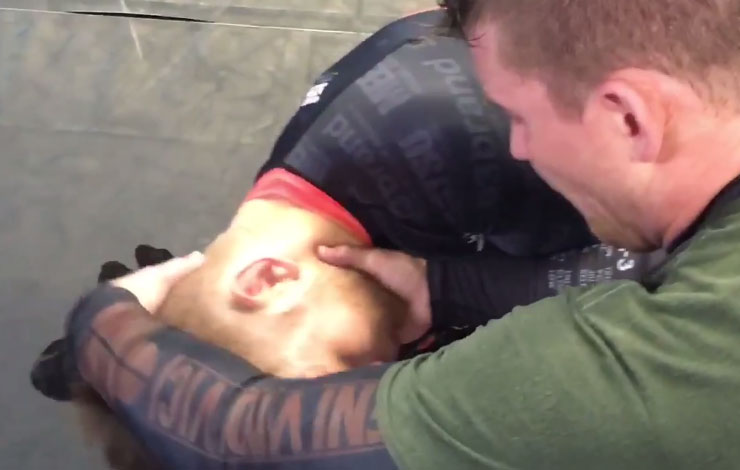 We often hear all too much about certain moves that are characterized as Douche moves, dirty or in some other way unsavory.

ZombieProofBJJ NoGi Technique: Looking for a simple choke that will get you unfriended on Facebook? “The A–hole Choke” is your ticket to being the mat bully you’ve always wanted to be ? ☠️

Now Peters shows this choke – what makes this choke legal is the fact that the palm is turned this way. The other way around – famously refered to as the rape choke is illegal under many types of rulesets.

Some variations of this have been famously included in the 30 Dirty Sebastian Brosche DVD.

What’s the verdict, is this something that you would use in training and or during competition ?