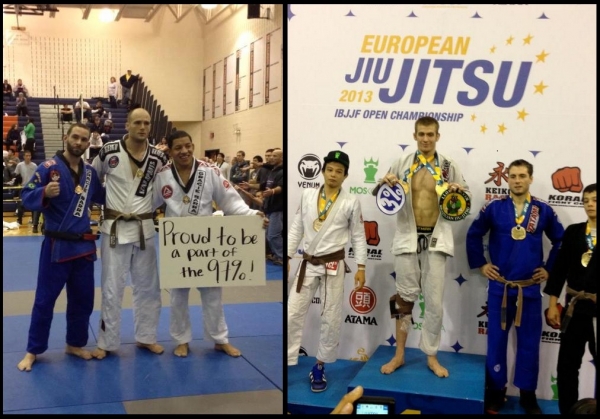 The past 3 weeks has been a rocky moment for the BJJ community. From rape allegations to ethic/moral beliefs it clear that this is a sad and intriguing moment for everyone involved in BJJ. Emotions have definitely erupted over the past weeks causing a serious separation in two classes almost like a religious war –lol- which pits the proud 97%ers against the almighty 3%ers.

For those that don’t know what these #’s mean let me give you a brief synopsis. (don’t worry I will be unbiased)

3%er- is one that strives to reach his highest potential at all cost. In our world it is those competitors who aspire to be world champions with no other obligations but toward himself and his ascension in the ranks.

97%er- a person who isn’t concerned with glory or gold medals but more centered toward personal growth. They carry a strong since of “martial art values” which upholds the standards of those who love the martial arts, and train to build strong Character, for Sport and to develop skill and awareness for Self-defense.