The 5 Worst Obstacles for Any White Belt 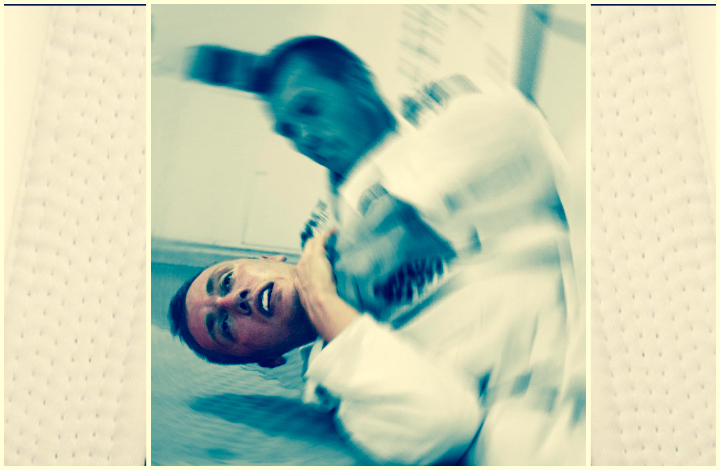 A lot of experienced players say that the biggest promotion you’ll ever get is putting on the white belt. One thing’s for certain, it carries a lot of frustration and challenges. Here’s what Rickson Gracie said about the white belt:

“In white belt you do not have much idea. there you get to create your reflexes and your understanding of the game. To become blue belt, you need to know all of the sport.”

But living with the white belt means having an abnormal tolerance for frustration, defeat and strength of will.

While they’re not out to actually hurt you they’re certainly rejoicing whenever they can smell blood in the water, sort of speak. The memory of being a white belt is fresh in their minds and they want to prove they’ve gone so far outside that role that they can demolish you right now.

Smaller Blue Belts Have Something To Prove

White belts are usually the only rank that a blue belt can beat regularly – this makes smaller blue belts especially keen to try out new stuff on you. Playing with you will be the best way for them to advance their techniques and try to push their own limits. So be prepared to be a grappling dummy of a semi athletic 20 year old girl.

Full Contact Can Be Quite Uncomfortable. Deal With it

If you’ve never done BJJ you would be extra appalled with the prospect of someone’s sweat plopping straight into your eye – but if you’re a BJJ player it’s a matter of time.

This is harder for some than others. It’s just something you’ll need to get used to – sometimes your face will get sand-papered by a gi, other times you’ll break a toe or two. It happens. And some beginners are better at developing will to overcome these annoyances than others.

Complaining your back hurts won’t get you any brownie points. Grappling is hard and most practitioners (especially legendary ones) experience severe back pain that’s nothing compared to your pulled intercoastal muscle or a muscle spasm.

How often does a someone ask you what you weigh before you fight? This is because people always think size matters. The fact that you have more pounds will often amount to you going harder, which will make an experienced player adapt and use more force or alternatively to using your momentum against you. You’ll either swallow your pride and try to learn or you’ll end up leaving because you can’t handle it.