That’s Pathetic: Worst Excuses You Will Hear From BJJ Competitors That Lost 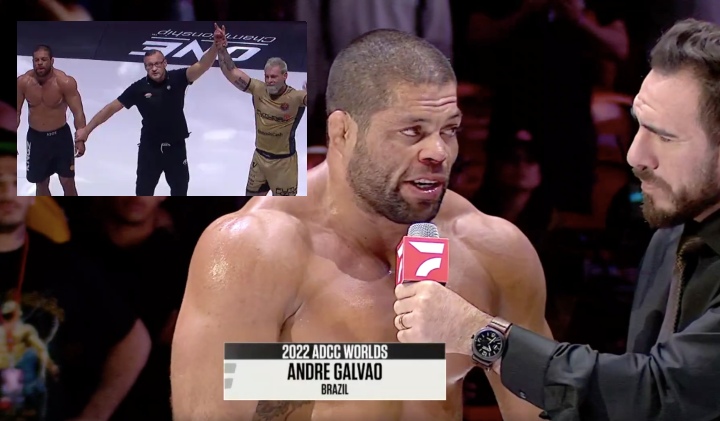 When you go to a Ju-Jitsu competition, what is the most common question you hear? “How did you do?”

That’s when you either hear a happy champion saying how they won, a realistic loser “It wasn’t my day. I have to train harder.” or very often you will hear the sore loser with their list of excuses of why they lost…

Jiu-Jitsu is a “game of inches”, as the popular saying goes so many little details can affect one’s performance on match day. The problem is that some BJJ competitors have such big egos that they will find every excuse in the book to justify why they lost.

This weekend, Gordon Ryan convincingly defeated Andre Galvao. After the match, when interviewed Andre Galvao started with the excuses:

Here are the most common worst excuses heard at various competitions. No explanations are needed…

35. Excuse: I lost in the first round to the guy that won gold…So technically I came second.

34. Excuse: He beat me on points, but at least he didn’t submit me.

33.Excuse: All he did was hold me down and stall the whole match.

32.Excuse: I’m going to home home and lift more weights! (Instead of focusing on technique…)

30.Excuse: The ref DQ’d me for an imaginary leg reap..

29.Excuse: WTF!? I got DQ’d for ______ Since when can’t you do this?? (proceeds to demonstrate on you some move that is in fact prohibited under the rules).

27.Excuse: The ref was my opponent’s teammate/instructor.

26.Excuse: That guy does the same thing every time! He’s so boring.

25.Excuses: The ref is a F*cking white belt!

23.Excuse: I’m a Vale Tudo fighter not a point fighter…

20.Excuse: I spent the night before the competition banging some chick(s)  (I heard one guy say this once lol)

17.Excuse: I’m forty years old with kids, a mortgage, a full tie job, a dog! My opponent is 10 years younger and trains all day long! If I did that I would have destroyed him.

16.Excuse: I had to drop too much weight, too fast.

15.Excuse: He only beat me because he has more experience.

14.Excuse: He felt weak. I was much stronger than him. (But..You still lost though.)

13.Excuse: He mounted me and I couldn’t breath!

12.Excuse (For Pro IBJJF athletes that got caught doping): I didn’t dope— I drank from someone else’s bottle/ took a supplement that had the banned ingredient/The masseuse rubbed testosterone cream on me without my knowledge etc….

11.Excuse: He used to wrestle back in middle school/ is a Judo green belt.

8.Excuse: He beat me by an advantage. There are no advantages on the street! I would have kicked his ass!

7.Excuse: I beat this dude all the time in the academy!

5.Excuse: If I didn’t have to wait all day long without eating anything, I would have won…

4.Excuse: He felt so strong! He’s on steroids!

3.Excuse: They didn’t give me enough time to rest after my first match. That’s why I lost.

2.Excuse: He caught me in a cheap move. In a leg lock The only reason he beat me with that is because we don’t train leg locks in my academy…

1.Excuse: He was very strong and had zero technique.