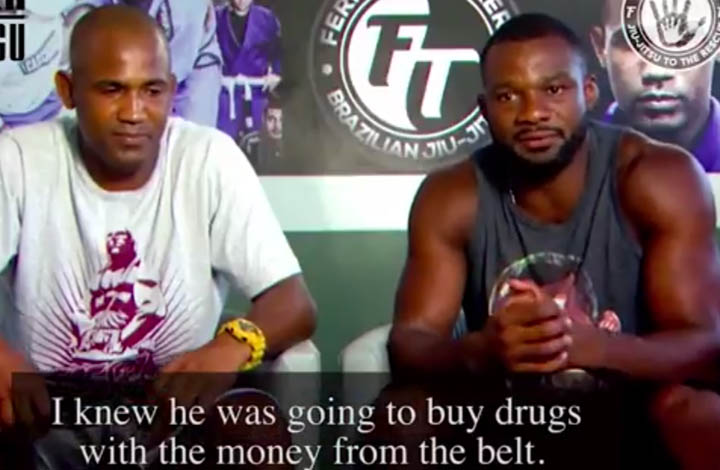 In his life he overcame many difficulties including mental issues and substance abuse. Terere lived most of his life with an undiagnosed case of schizophrenia.

In 2004, he was arrested on plane flying to the US which resulted in him being arrested and jailed in the US. He struggled in the American jail as he spoke no English at the time and this resulted in his evential depression and drug addiction. He disappeared from BJJ for several years, living as an addict in the slums of Rio.

Here’s a 2 part interview with Terere and Finfou where they talk no holds barred about what effect Terere’s struggles had on them individually and how they make it work.

A few years ago, when Terere had drug problems, he tried to sell his belt to his student Finfou, in order to buy drugs. Finfou reluctantly agreed to buy Terere’s belt but promised that he would give it back to him when Terere would get back to Jiu-Jitsu.

This happened many years after that, when Finfou faced Terere in the final of the 2013 European championships. Finfou refused to fight Terere and instead, he gave him back his old belt on the mat: 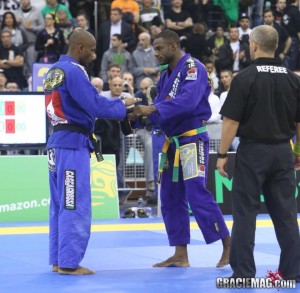 For the Belt story you can skip straight to part 2: