Technique vs Strength In Brazilian Jiu-Jitsu 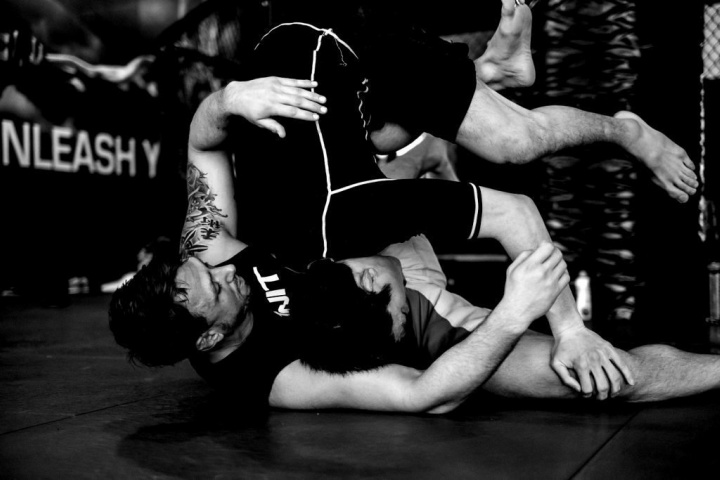 In martial arts, the age-old debate of technique versus strength has always plagued its practitioners. After all, martial arts are a form of self-defense, allowing a smaller, weaker individual to protect him or herself against an attacker. Brazilian Jiu-Jitsu, in particular, is a martial art that emphasizes the effectiveness of proper technique over strength. It is considered to be highly effective in self-defense situations. Brazilian Jiu-Jitsu prides itself on enabling a smaller, weaker practitioner to use leverage, grip, and position to overcome a bigger and stronger opponent.

But what happens when strength defeats technique? Logic and nature tell us that an extreme difference in weight and height would conquer one’s technical abilities, despite how talented an individual is. Although many talented (and not-so-talented) martial artists have been able to defeat much larger opponents using technique, often times, strength can prevail over technique.

The Concept Of Leverage

The concept of using leverage and suitable techniques to enable a smaller, weaker individual to overcome a bigger and stronger opponent is one of the main tenets of Brazilian Jiu-Jitsu. Helio Gracie, one of the founders of Brazilian Jiu-Jitsu once said: “Always assume that your opponent is going to be bigger, stronger, and faster than you; so that you learn to rely on technique, timing, and leverage rather than brute strength.”

Because he was too fragile to train with his brothers, Helio was forced to sit aside and study the intricacies of the Jiu-Jitsu game. This encouraged him to be more cerebral in his approach to training Brazilian Jiu-Jitsu. Throughout his training, Helio was able to spar and compete against opponents who were much larger than him, using leverage and technical knowledge where he lacked in strength.

Helio’s story is undoubtedly the foundation that Brazilian Jiu-Jitsu was built upon. BJJ practitioners and instructors use this story as a selling point, convincing women, children, and men of all sizes that they too have the ability to use technique against their opponents. However, upon joining BJJ and sparring, they sometimes realize that their technique isn’t enough to overpower their bigger and stronger opponents. So what’s wrong with this picture?

Thus, when technical level is equal, leverage becomes less of an advantage. It is up to the smaller, weaker practitioner to then use the appropriate techniques and positions that would help them succeed against bigger and stronger opponents.

In Brazilian Jiu-Jitsu, you will notice that certain techniques require the use of strength. The amount of leverage innate in a technique usually determines whether it is preferred by a smaller, weaker practitioner as opposed to a bigger and stronger practitioner. Pressure passing, joint submissions, takedowns, and mount escapes – all these would most definitely give the bigger and stronger opponent the upper hand.

Watch how heavyweight competitor Bernardo Faria uses pressure to pass Leandro Lo’s guard, which has proven to be a difficult feat for many other competitors. Lo is much lighter than Faria, and the weight difference surely helped Faria maintain pressure. Weight definitely plays a big factor in pressure passing, as you use it to keep your opponent in constant discomfort to make it difficult for him/her to counter your attack or escape/recover guard.

Typically, agility passes are used by lighter practitioners because they can circumvent an opponent’s physical strength. For example, Rafael Mendes’ leg drag pass puts his opponent’s legs in a position where they are weak.

Known to be one of the best pound for pound BJJ competitors in history, Marcelo Garcia is one of the few smaller competitors who has done well in both his weight and the absolute division. His choice of using a rear naked choke to finish the fight instead of a joint submission definitely plays to his advantage as a smaller competitor. Chokes are the most difficult submissions to defend, especially when they’re executed properly.

In this match against Romulo Barral, 10x BJJ World Champion Roger Gracie once again proved that he is truly a master of the mount position. Barral attempted to dismount Gracie and escape, but his efforts proved to be futile, and Gracie executed a seamless cross choke. The length of his legs minimizes the possibility of being dismounted by nullifying the effect of the bridge/upa.

For smaller BJJ practitioners, securing the back position is paramount. This is because it nullifies the opponent’s physical attributes such as the strength of his limbs, explosiveness, and weight. In this example, Ultimate Fighter winner Ryan Hall showcases his ability to achieve the back position from different scenarios.

With this knowledge, it is then up to the practitioner to use the techniques that would best maximize their physique while at the same time ensure that it is suitable to face their opponent, regardless of his/her size. However, this does not mean that one should create a BJJ game solely based on one’s physical attributes. Being bigger and stronger does not mean that you should avoid playing open guard or stick to the top game.