Tap Your Opponents With These Unexpected Wrist Locks 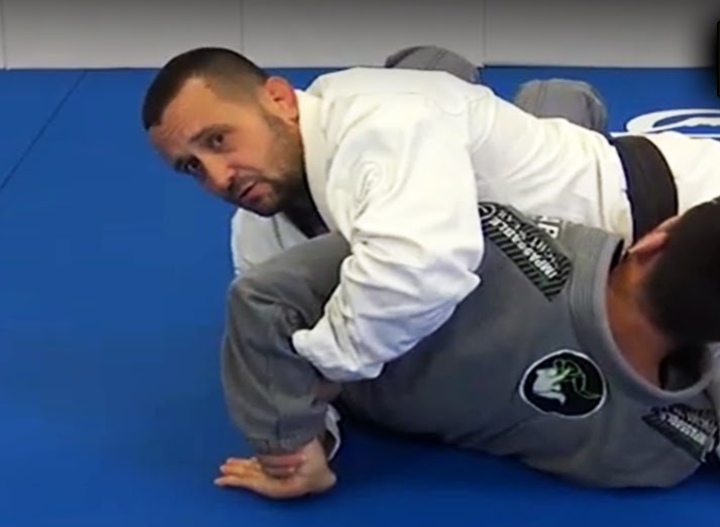 Wrist locks! They are nasty, they are sneaky and they get on your nerves when you get tapped too many times with them… Yet, everybody loves them and wants to have them in their submission toolkit!
Peter Letsos, more commonly known as Pete The Greek, is a black belt under Carlson Gracie Junior and he is infamous for his world-class wrist locks. So, let’s take a look from him on how to wristlock your opponents from the two positions they will never see it coming from – from the Mount and off the Darce choke!

Pete says that one of his favorite positions to utilize wrist locks from is the Mount. The Mount, he mentions, is probably the first position that you learn and the last one you master, since it asks you to both keep your base and to keep your structure strong, as well as to preserve your balance all amid your own submission attempts and your opponent’s continuous attempts to escape.
With that being said, it is also because of your opponent’s attempts to defend and escape that the Mount provides ample opportunities for wristlocking – if you take advantage of his reaction.

For example: a lot of times when you hold a high mount position, the beginning of your opponent’s defense will be to dig in their elbows into your knees, trying to spread them out in order to make a bit of space for themselves and for their escape. You guessed it right: this is the time to get into your wrist locks!
The wrists on both of their arms are exposed – and you can attack either one! Pete also shows that you can even use the wristlock pressure to open up their elbow and then finish it.

Another initial Mount defense that you can expect from your opponents is that they’ll be trying to push your hips by using their fists. In this case, you won’t be able to wristlock them in the same way as in the first example, but you still have options!
Pete shows that, if this happens, you can dismount and then – while their fist is still in position – grab their elbow and squeeze towards yourself, getting the tap. You can also get a Kimura grip, pushing their shoulder into the submission and their wrist into the ground, doubling the efficiency!

WRIST LOCKS OFF THE DARCE

Yet another great and unexpected position that you can wristlock your opponents from is the one of a failed Darce choke attempt.

Pete starts with a pointer on setting up the Darce when your opponent is on his knees or when he goes for a single leg. When Pete shoots through with his arm, he sets his grip up so that his thumb is between his index and middle finger; this makes up for a much sturdier grip than just grabbing and squeezing all of your fingers at once. Then, as he breaks his training partner down to his shoulder, he goes for the Darce.
However, he says that a lot of times the opponent won’t tap – and that is when the wrist locks come into play yet again!

While still controlling the neck with his „through arm“, the other hand grabs his training partner’s wrist, twisting it and applying pressure to get the tap. Sometimes, Pete shows, your opponent’s arm will come over a bit, and you can use this position to get the Americana as well.

Wrist locks are always available and you can get really creative with them! Watch the video below to see Pete explaining it in action: