Tap Anyone From Inside Their Closed Guard 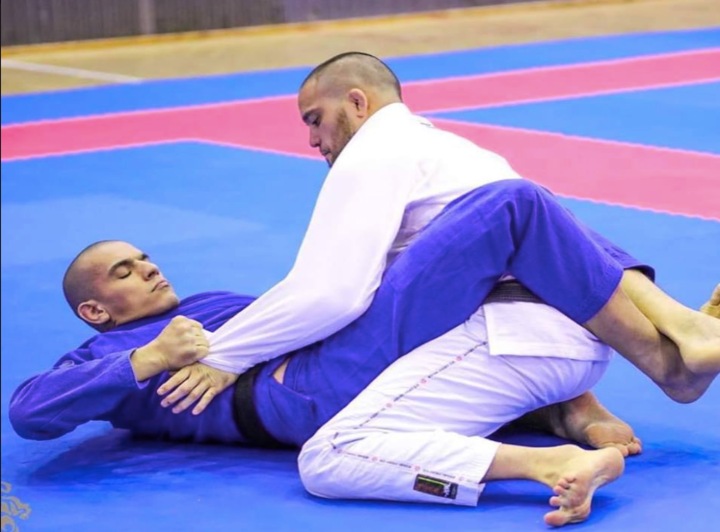 Being inside somebody’s closed guard can often be a nightmare because of the constant necessity to open and pass it, as well as because of the constant danger of being swept and submitted… But, what if we were to tell you that you could turn the tables around and submit your opponents while you are in their closed guard?
Let’s look into a few Gi techniques that you can take a shot at, in order to claim victory out of this unfavorable position!

Yes, it’s possible to ezekiel somebody from inside their closed guard! Zombie Proof BJJ‘s Kent Peters shows how.

The first thing that you have to keep in mind, Ken says, is that you do not want to just reach with your arm towards their collar. If you do it like that, there’s a high probability that you’ll end up being submitted.
Instead, you should aim for opening and passing your opponent’s guard. Doing that, his defense will likely be to break your posture and pull you towards him – and that’s where your chance lies.
For, if your shoulders end up lined up with his neck, it puts you into a perfect position to get one of your arms under the neck, grab your sleeve, use the other hand to go over his neck, drop your weight down and execute the ezekiel.

Even though it may be a low-percentage option, armbarring your opponents from inside their closed guard is still a possibility!

Grab them by the wrist with one hand and with a baseball bat grip with your other hand. Then, posture up as if you’re going to stand up – and then pull their arm across the center line of their body, aiming to get their fist to floor. Pressure your shoulder into their elbow, drive your head towards the floor and crank the armbar to get the submission.

Kent says that you should preserve your base throughout the movement. So that, if your opponent tries to hip escape, you can just come back to the closed guard kneeling position.

Kent firstly puts his thumb inside his training partner’s lapel, and then brings it up towards their collar; as he does this, he brings the same-sided knee in, blocking their hip. He then pinches that hip with his elbow, successfully locking that side.

Then, the fingers on his other hand go inside the lapel, sliding towards his collar. He simultaneously brings his knee to block that side of the hip as well. After doing that, he slides his fingers and thumb behind the neck, forming a baseball bat grip.
To end the submission, he rocks forward and then switches his hips.

USING A CHOKE TO OPEN THE CLOSED GUARD

Of course, you don’t have to submit your opponent to make the most out of the „inside closed guard attacks“ – but you can actually use them to open and pass it! Chewjitsu‘s Nick Albin shows how.

To do so, keep your hands and head down in order not to give away your intentions. Then, grab their Gi on one side with four fingers and the other side with your thumb inside the collar. Pull the first grip across your opponent’s neck (with the aim of getting that fist down towards the floor) and the other grip towards their hip.
Then, jump on your feet and toes, drive your weight down – it is a very painful position that will force them to open their guard or get them submitted!

See more details to getting it right on Chewy’s video below: