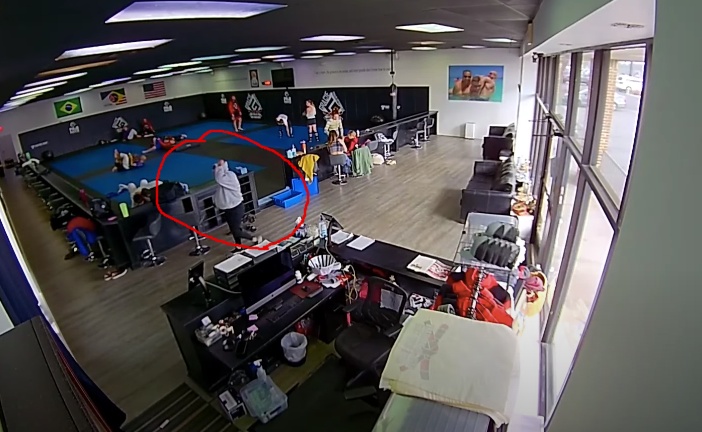 A strange incident happened last week at a BJJ academy. An unknown pregnant was allegedly the suspect in a hit and run incident and was running from the police. The woman fled the scene and ran into Gracie Jiu-Jitsu Charlottesville academy and told one of the instructors to hide her.

The BJJ instructor didn’t know what she was running from so he told her that she could go out the back door. She hid in the sauna and the cops showed up looking for her. After a brief search, the cops found here and they arrested her. Then she apparently passed out and left in an ambulance.

Car Crashed Through Wall of BJJ Academy During Training